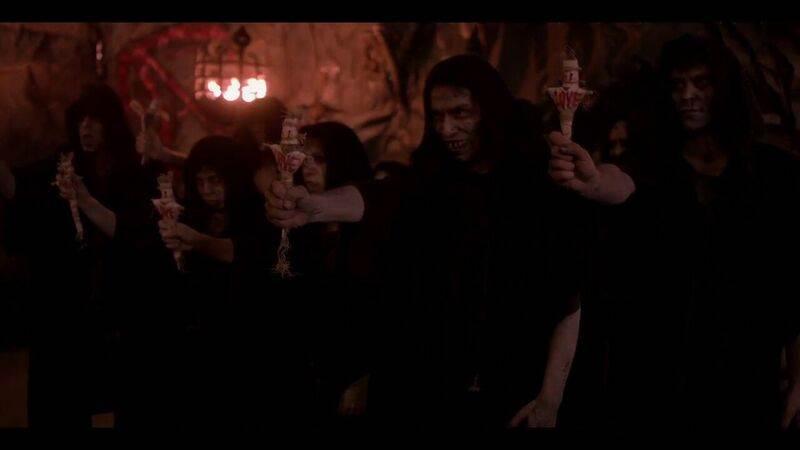 Try as you might to forget it, the past can be relentless. That’s particularly true if your past involves accidentally having an affair with the husband of a powerful voodoo priestess, as it does for Dani (Samantha Stewart), the unfortunate soul at the center of VooDoo. Sadly for her – and, as it turns out, viewers – that type of misdeed takes more than a train ticket west and a near-unimaginable month block of vacation time to escape.

Armed with her trusty camera, Dani aims to move on with the help of her BFF/cousin Stacy (Ruth Reynolds), some sight-seeing, and a healthy dose of booze. That’s basically the first 40 minutes of writer/director Tom Costabile’s VooDoo. It’s two of the more annoying party girls ever committed to film traipsing through Los Angeles, documenting their shenanigans – including being hit on by Ron Jeremy – under the confusing pretense of making a video to send to Dani’s father. The only redeeming part of this section is a completely ludicrous jump scare that occurs when Dani accidentally switches on her camera’s night vision instead of turning the device off. It’s by no means scary or jumpy, but it’s a welcomed moment of absurdity in what is otherwise a hellscape of tedious wandering.

The second half of the movie is a totally different and far more literal hellscape. It starts with Dani being awoken in the middle of the night by anomalous drumming and breezes through some predictable Paranormal Activity gags before escalating to her being dragged by voodoo demons into hell – with her video camera. It’s here that, for a moment, VooDoo is actually kind of fun.

Hell as imagined by the creative team of VooDoo is kind of like one of those extreme haunted house shows that pop up on the Travel Channel in October, only with slightly worse set design. It’s a lot of plastic limbs hanging from chains and people in goofy costumes yelling loudly and getting way into Dani’s personal space. Also important to remember is that, that entire time, Dani is documenting literal Christian hell on a handheld camera.

Stopping there wouldn’t have made VooDoo a great film, but it would have certainly made it a more enjoyable one. Instead, the movie presses on, taking us to the parts of hell where demons rape priests and where Dani’s to-that-point-unmentioned pedophile uncle resides. From there, things spiral further downward into a blatantly sophomoric and gratuitous display of inhuman sexual assault.

At its best, VooDoo is dumb fun with the emphasis on dumb. At its worst, the film is plagued by contradicting bad habits. The opening half is excruciatingly low key and directionless. The rest of the film goes too far, culminating in an unnecessarily exploitative climax that seems like a misguided attempt to grab cheap shocks.