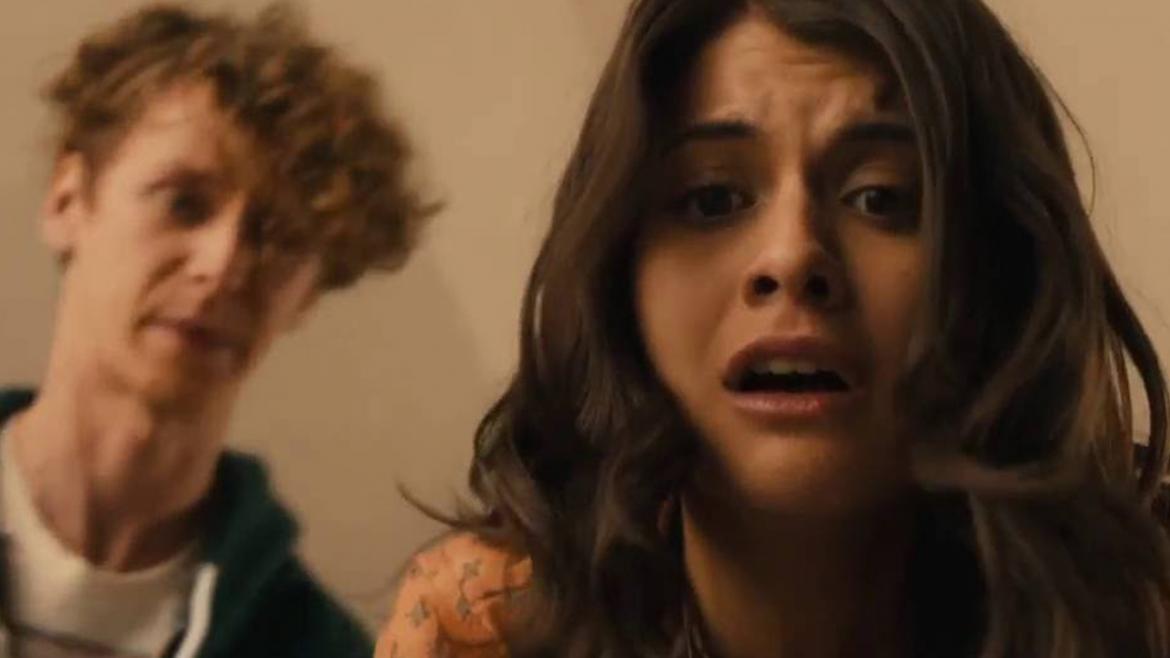 Apocalyptic disease films seem to be making a strong push into the horror genre consciousness. And it’s not hard to figure out why. With the Zika virus coming to infect our beaches and Olympic sporting events, and the ability to create a pseudo-scientific excuse for monsterfication on a low budget, it’s a functional twist to engage the audience in a threat that can feel both plausible and gritty. And so, we get Viral, the version that brings both the best and worst parts of that genre delicately wrapped in all the teen trappings of Juicy Couture and needlessly dramatic and pointless dialogue.

Viral tells the story of Emma (Sofia Black-D’Elia), her would-be boyfriend Evan (Travis Trope) and her older sister Stacey (Analeigh Tipton) living in a world quickly being taken over by a dangerous parasite that turns you into a walking corpse that spreads the disease by projectile vomiting blood into the next victims mouth as they stand over it. We are treated to a quick biology lesson on the botfly and parasitic endeavors by Emma’s teacher/father Michael (Michael Kelly) which gives us really the only exposition we need before we are thrust into the bedlam.

This is what Viral does well. It is a trim hour and twenty-five minutes that rapidly moves through all of the plot until it’s on the screen for better or worse. The worse being some really atrocious dialogue that never attempts to lend credit or development of characters. Lines are spoken, things are said, and the film rolls on seemingly as if they never happened. Though that’s not really a problem for a film that is so pointedly aimed at its target.

Henry Joost and Ariel Schulman of Catfish, Paranormal Activity 3 and Nerve fame are the directing team here and they continue to prove they have a laser focus on their intentions. They never shy away from the gimmick they want on display and that is equally true in Viral. This is a glossier version of the R-rated 90s Teen Horror romp transplanted to this disease ridden world. Some of the cheesiness and fun is lost in the translation but as a film geared with the teen in mind this is a serviceable horror film, one that never innovates but hits its targets efficiently.

Viral is a film made for teenagers in mind without any sort of intricacy but with enough fun that it gets the job done.