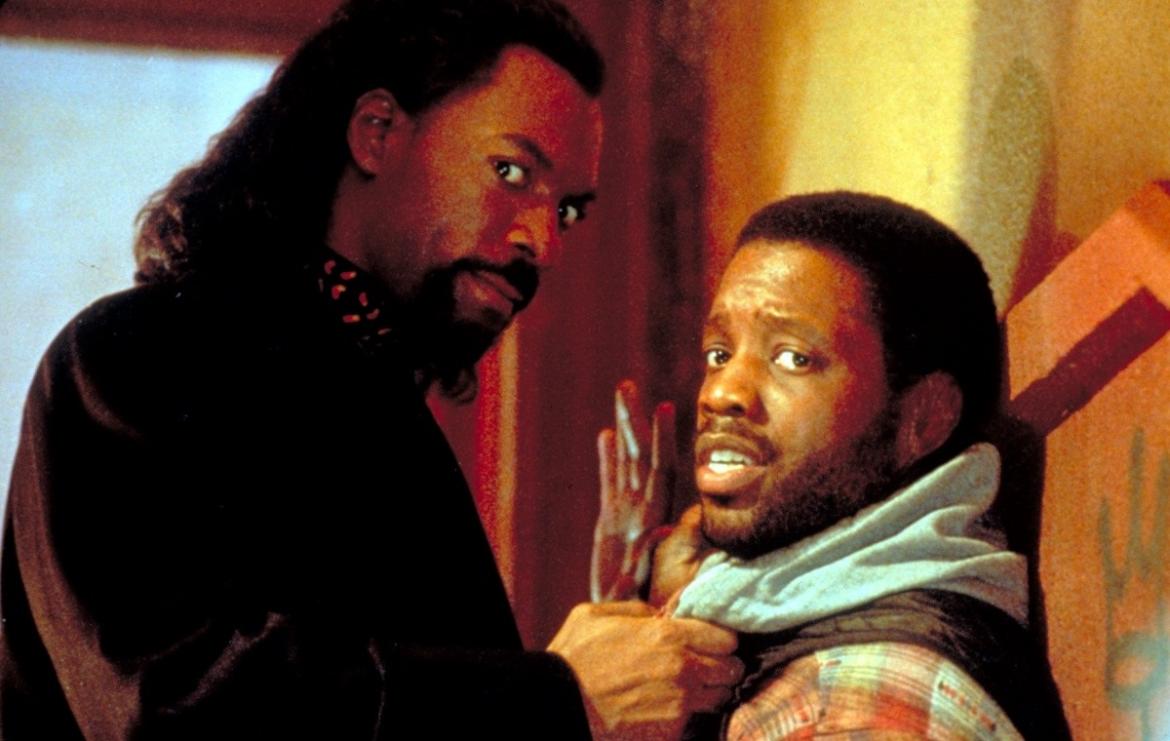 Imagine a film directed by a horror icon that attempts to be Blaxploitation, comedy, horror, and romance all rolled into one. Now imagine a comedy icon being in the main role donning a greasy, ridiculous wig all while mostly playing the role alarmingly straight and without a hint of irony. And finally, imagine that all of this takes place in a gothic approximation of Brooklyn where characters quip on screen constantly and without purpose barely making an impression before being ushered off the screen. Got all that? Good. Because now you have an idea of what Vampire in Brooklyn is like.

Maximillian (Eddie Murphy) is the only survivor of a race of Caribbean Vampires who has traveled to Brooklyn in search of his love connection Detective Rita Veder (Angela Bassett) who is half vampire unbeknownst to her. While there, he makes Julius Jones (Kadeem Harrison) his zombie slave and with his bumbling aid, attempts to woo the detective so that he might repopulate his race.

The immediate and impossible to ignore problem with Vampire in Brooklyn is that it doesn’t seem to know what it is. It’s stitched together tonally, like some weird Frankenstein monster mishmash of genres without any clear defining characteristics. It’s not funny enough to be a comedy, nor scary enough to be a horror, nor sexy enough to be a romance. This is mostly because it has the DNA of all these things but never executes on them in a simultaneous coherent fashion. As a result, you get Eddie Murphy pretending to be Al Sharpton played for yucks, followed by a bloody vampire attacks complete with ominous music and lighting, and then finishing with a slow dance to music as Eddie Murphy coos at Angela Bassett. It leaves the viewer unable to fully appreciate or feel the intended nature of the film. In a way though, that’s where it has some charm.

It wants desperately to be more than it is. The actors are working hard. Wes Craven is urgently attempting to put all the pieces together into something special. The script has hints that it wants to make commentary on racial relations and be a biting satire. The problem is, none of these things come together.

Vampire in Brooklyn is like a car crash; glittering glass and steel can be attractive and interesting but it mostly just adds up to a mess.