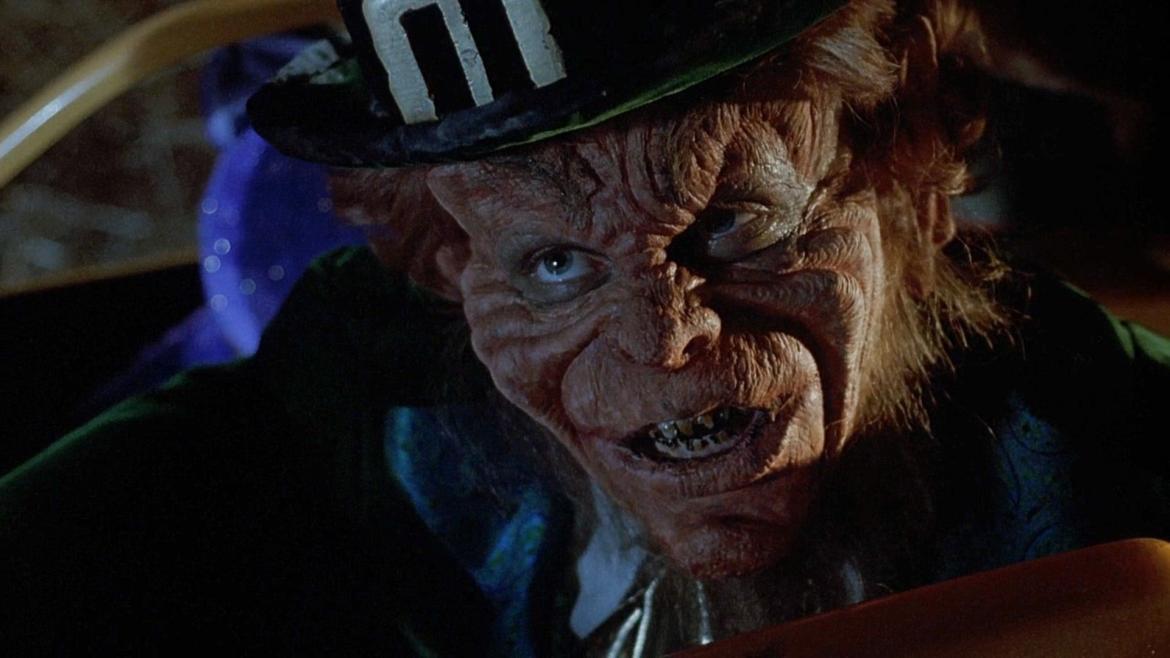 While some horror icons like Michaely Myers, Freddy Krueger, Jason Voorhees, and even Pinhead are famous for their bone chilling personas and long running franchises, there are the B-side characters to not forget. Some are not in the same league as the Jason's of the world simply because they came at a time when slasher films weren't very welcome. Some only had a few entries in their series which didn't give enough time for audiences to be captivated and intrigued to see more. There is one, however, that has several films and even a reboot under its belt. The Leprechaun franchise is one that has the ability to arouse curiosity among horror fans and normies alike. A horror franchise, technically within the slasher sub genre, that follows the work of a sadistic leprechaun and his never ending search for his gold. While the first film is of note, mainly because of its soon to be star Jennifer Aniston, it does not deliver the same punch that another pint sized slasher does: Chucky. While Child's Play passably manages to deliver the fun of a living devil doll killing people, Leprechaun seems to throw all of its energy onto the wrong side of the rainbow; the side that doesn't take itself seriously enough to know how to balance humor and the macabre.

Leprechaun tells the story of a a real leprechaun (Warwick Davis) and his need to keep hold of all of his gold pieces. When an elderly man named Dan O'Grady captures the leprechaun and some of his gold, the story shifts to North Dakota where O'Grady has set up residence. After years pass by, a father and his sassy daughter Tory (Jennifer Aniston) move into the O'Grady house where the captured leprechaun still awaits release in the basement. Also around the house are two brothers, Nathan and Alex, along with their dim witted friend Ozzie as all three are hired painters to get the rotting home into modern shape. When he is unearthed by accident, the leprechaun goes on a bloody rampage to get all of his gold back. The gang can't seem to find a viable means to stop the gold buckled killer, that is until they visit an elderly O'Grady who informs them that using a four leaf clover is the key to stopping the ancient creature.

The giant elephant in the room when discussing Leprechaun is the female lead, Jennifer Aniston. She's of course not the only mega star to have past efforts in low budget slasher films. Both Matthew McConaughey and Renee Zellweger starred in Texas Chainsaw Massacre: The Next Generation and Kevin Bacon in the original Friday the 13th. Sadly Aniston's star power does not save this film, but rather gives it notoriety and most likely tricks unsuspecting viewers into checking out a slasher flick starring Rachel from Friends. The story is not complicated and fairly straight forward in its trajectory of what the viewer can expect overall. The creature needs his gold and will claim it by any means necessary. Warwick Davis as the titular killer is honestly great. He gives the character and performance his all and that alone makes this movie worth watching. While he does not look completely menacing or intimidating, Davis creates a character that is equally quirky and sadistic. The kills are over the top and goofy, but seem fitting for a movie where the killer is a mythical Irish creature that wears nothing but green and gold.

The negative aspect to all of this, however, is that the experience ultimately becomes one that is dull. After the first few minutes with Davis, his welcome wears out and his presence is only slightly improved once a kill occurs. Leprechaun is simultaenously goofy and boring, and it doesn't really succeed as a horror film or a comedy.