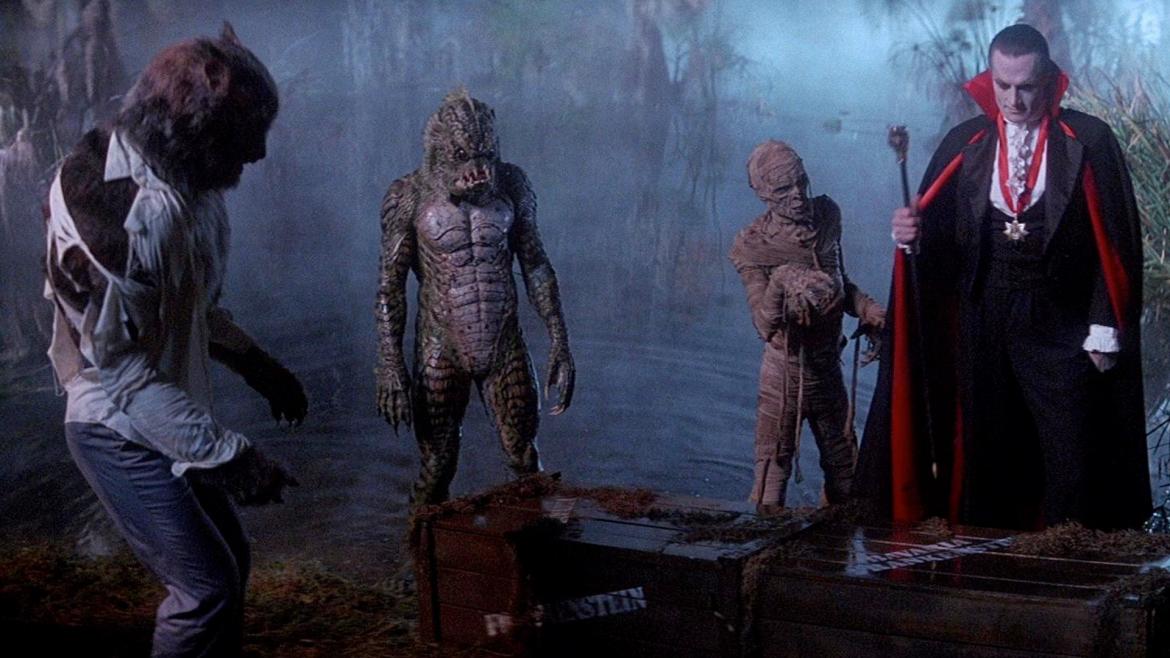 Hey kids, do you like monsters? Are you looking for a gateway to all the classics? Do you like cheesy 80s nostalgia? How about jokes that have become slightly uncomfortable over the last couple decades? If so, boy howdy have we got a movie for you.

It's 1987, one hundred years to the day (imagine that) since Dracula last attempted to obtain a magical amulet that would allow him and other monsters to rule the world, and the only ones that can stop him this time are The Monster Squad.

Okay, so we all know that there are a number of movies from the late 80s/early 90s that need to be viewed through the rosiest of glasses. It had been a while since I'd watched The Monster Squad, so I wasn't quite sure how things were going to pan out. Happily, the movie holds up pretty darn well. In large part, that's because it's so obviously self aware about so much of the cheese that's present. The movie is often labeled "Goonies with monsters," and that's a really apt description, because a lot of what's allowed The Goonies to remain a timeless classic keeps The Monster Squad going too. Unlike something like The Lost Boys, which aimed at being cool and edgy, The Monster Squad embraces its dorkiness. When Rudy (Ryan Lambert) rides up on his bike to teach some bullies a lesson, like some middle school version of a character Marlon Brando would play, it's a laughter inducing, rather than eye rolling, ridiculousness. These kids are dorks. Even the cool kid's a dork. The filmmakers knew they were dorks, and it's endearing.

That the film uses representations that mirror the 1930s Universal versions of the monsters also works in its favor. Pairing these characters with the 80s sensibilities really just highlights the fact that the tone of the Universal films wasn't much different. The Monster Squad is THE perfect gateway film for introducing kids to older horror films, because it introduces not just the tropes, but also the tone.

The film also just looks really cool. The monster designs are perfect updates. The gill man here has always been a favorite of mine, and it was great to see that it still looks amazing almost 30 years after the movie came out. It's obvious that a lot of care went into the designs and making the film stand out visually.

It was also interesting to me that the person I watched the movie with enjoyed the film. I was curious to see if The Monster Squad would hold up for an adult that had never seen it as a child, and it certainly seems to.