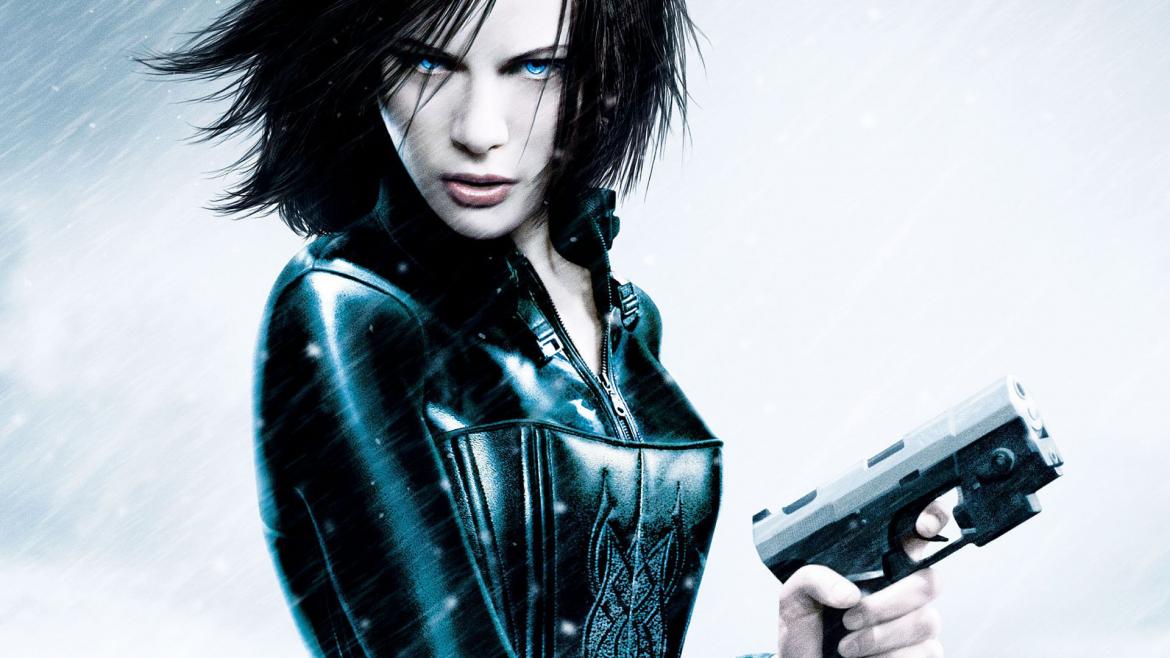 In Underworld: Evolution, the world of Vampires and Lycans has become rather messy following the events of the first film. Everyone is running around like chickens with their heads cut off, and Selene (Kate Beckinsale) and Michael (Scott Speedman) are on the run from both sides. Meanwhile, the last of the vampire elders, Marcus (Tony Curran) has decided to wake up and use the kerfuffle as an excuse to go on a rampage.

There are many ways in which Evolution feels like exactly that in comparison to the previous entry. Perhaps the most important – given the type of film this is – is that the action feels a lot more fleshed out and dynamic here. Rather than being almost completely comprised of characters standing in static positions, firing off screen, and then the reverse shot of the other side shooting back, here we get much more movement and everything feels like one whole, rather than a series of goth glamour shots.

Some of the first film's problem with scale does carry over here, however. As before, the world these characters are inhabiting feels rather empty. Underworld as a series functions much like a video game, in which our protagonists get new powers, and almost exclusively interact with characters that exist solely to provide exposition and move our protagonists to the next scene.

Also, not dissimilar to many games, our characters remain ciphers here. That wasn't much of a problem in the first film, but as the sequels expand, it would be nice if at least Selene and Michael deepened as characters. Instead, it already feels as though the filmmakers are struggling to find things for them to do, mostly because there doesn't seem to be much of a grasp on their motivations.

The film certainly looks nice. The blue, blue, and, blue color palatte from the first film is still in place, and that may not be to everyone's liking, but the settings are all fittingly Eastern European and gothy and the production design has been kicked up a notch or two. The special effects are all pretty solid, with Marcus's full on vampire form being a definite highlight.

Sure, in its second entry some of the shortcomings of the series are starting to wear out their welcome, but, overall, Underworld: Evolution is entertaining and expands the world just a bit.