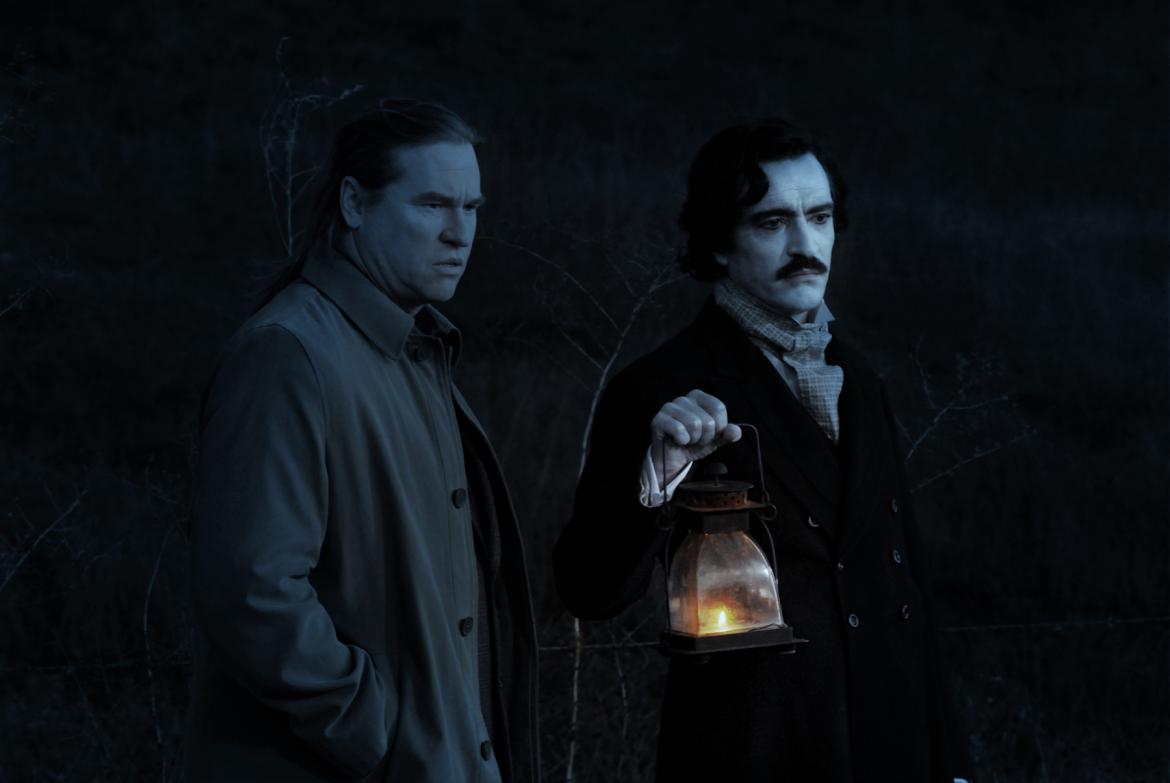 “Twixt” surprised me more than I could have expected. I went into this film blindly, and by the end I chocked it all up to a valiant effort from a first time director. There were some intriguing concepts strewn here and there but overall it felt like an introductory mess. Needless to say when I saw the director and writer of the film I was floored. Francis Ford Coppola, director of iconic films such as “The Godfather” trilogy and “Apocalypse Now”, had taken a stab at the horror genre. The whole feeling of the film changed with that knowledge. This was not a beginning director trying to make their mark, but a successful and struggling director trying to come back. “Twixt” then seemed to be a commentary on what writers endure to surpass their previous work. The film showed this theme beautifully portrayed through horrific imagery. However, the flaw in the film also rests within its strength: too many attempts at portraying themes, even though they are beautiful, creates a confusing and pointless ending.

“Twixt” tells the story of prolific witchcraft author Hall Baltimore (played by Val Kilmer) on his journey to write his next hit. Hall has recently lost his daughter in a boating accident and feels the pointlessness of his witch stories through the loss. He travels to a town suffering from the recent murder of a young girl and decides to investigate the tragedy in hope of inspiration. Hall eventually meets a ghost named V (played by Elle Fanning) who we learn to be the young girl recently murdered. Hal decides to find her killer with the help of the town sheriff Bobby LaGrange (played by Bruce Dern). At first the film has an undeniable amateur feeling. The acting is spotty, even by Kilmer, with Fanning as the only solid actress through the run. There are several visual effects that look unfinished and downright goofy which led me to believe that the director was trying to convey big ideas on a tiny budget. Obviously with Coppola at the helm this is all slightly confusing. It does get better though. Once the story progressed into act two the effects seemed to get better and the writing along with it. Hall fades into several dreams which reveal more about the murder of V as well has his own internal demons. During these dreams he is visited by Edgar Allen Poe who guides him into said truth. These dreams are where Coppola truly shines as a writer and director. Each segment seemed to focus on a different theme. The most intriguing of them all being how a writer learns to finish their own story. It was as if Coppola was voicing his frustrations on how to finish “Twixt” in the script itself. Going back to my first reaction, these scenes come off a bit pandering if written by an amateur director but hold a different meaning with a seasoned one.

The second act took a sharper tone than the first and overall felt polished and more like work from an experienced director. However, the third act, the ending, fell apart after the rise. The meta like commentary on how to finish a story only forced the idea that the ending of this movie had to be good. Unfortunately Coppola spent more time working on his theme than doing just that. The killer is revealed in the end and is explained through a forced plot device that only makes sense if the rest of the movie hadn’t happened. If that sounds confusing, it’s because it just was confusing. There is a twist added in the end but it has no consequence on the point of the entire film which was to finish the book. The ending itself packs in some of the best visual moments of the film though. I’m always astonished when directors attempt to harm children in film and Coppola went farther than I had seen before.

Coppola clearly had his own demons when writing this film. The beginning and end show his struggle in creating a story around the true inspiration for “Twixt”. The main story ended up being the least interesting aspect of the film and should have been left out. Instead of trying to force a story around his theme of writers block he should have let the dreams of Hall discussing writing with Poe be the central focus. All of the concepts discussed and portrayed in those dream sequences were thought provoking and visually striking. He built up the need for a strong ending in those scenes but failed to deliver on that promise in the main plot. It just goes to show that even a seasoned and award winning director needs to step back and look at what their work is truly conveying.

The Last Will And Testament of Rosalind Leigh