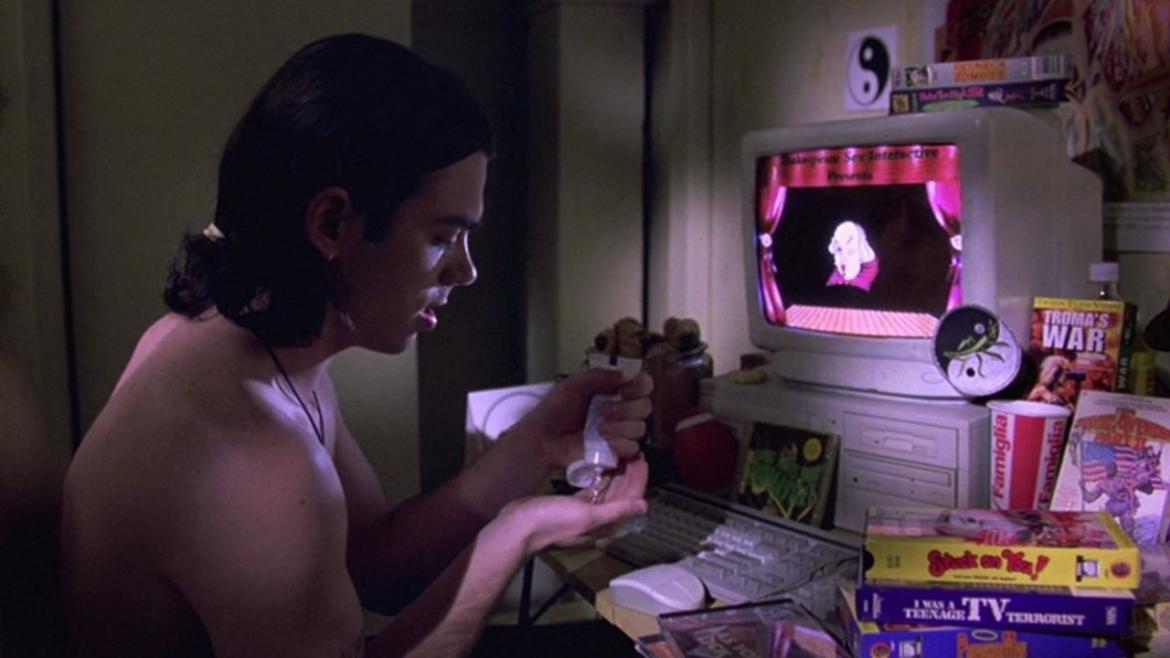 Gore, camp and blood splatter are the calling cards for any respectable Troma film and 1996’s Tromeo and Juliet is no exception. If you held any ill-conceived notion that the shlock maestro Lloyd Kaufman would tone it down you my friend are dead wrong. There are penis monsters, brain oozing, and genital mutilation abound in this bizarre, yet surprisingly lovingly rendered depiction of The Bard’s tale of star crossed lovers.

The secret to the success of this film isn’t in the charmingly bottom basement special effects, ample nudity, nor the ultra-violent slapstick. No, what sets Troma films apart from the multitude of copycats and wannabe low budget horror comedy productions is heart; and Tromeo and Juliet has that in spades.

Sure, you have the deluge of fart jokes that don’t land, awkward editing and a fervent devotion to the extreme but these underline the heart and soul of the film rather than detract from it. That is because of a dedication to the system and the people involved in the production. Perhaps mentioning James Gunn’s screenwriting/assistance director effort here is a case of hindsight being 20/20 yet a zany sort of joy is all over the screen. The actors in this film are putting on surprisingly effective performances, and that isn’t because they are world class actors. These are a group of eccentrics seemingly having the time of their lives all while putting their energy into a bat shit crazy, punk rock aesthetic derivative of the classic.

This is the same year that Baz Luhrmann pinned angle wings on Claire Danes all while taking just as many liberties with the source material. And while that film seems horribly dated, glossy and cringingly pretentious, this one feels like you are stepping into some motor mouthed fetishist’s rehashing of the tale that somehow gets everything wrong yet retains the heart and soul. The love story here works, because it’s candid, organic and with the addition of the father being a sick, sex abuser it takes on a genuinely melancholy tone that’s both striking and effective against the backdrop of the lunacy. You see, the story of Romeo and Juliet isn’t just about true love. It’s about two young kids finding something sacred and pure in a maddening world.

Who better to bring us the story of finding meaning in a nihilistic world than the street trash misfits of Troma.