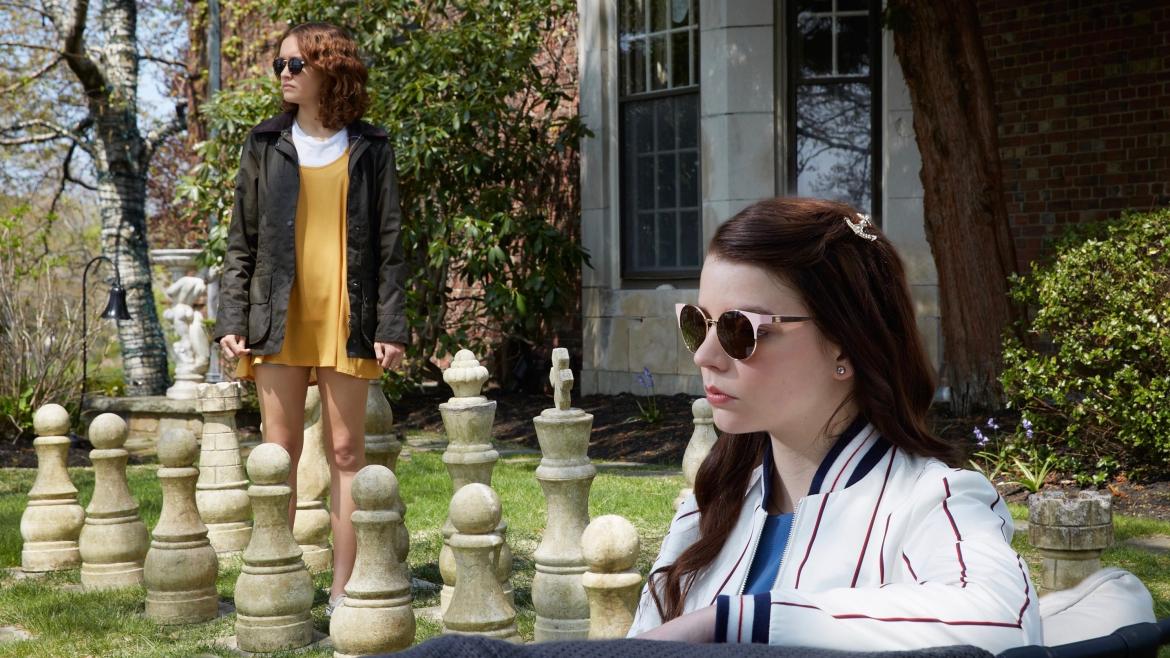 The trailer for Thoroughbreds was one of the most memorable that I saw last year. When you see as many movies (especially horror movies) as I do in theaters you get pretty desensitized to trailers with teens, spooky nuns, and jump scares. I don’t remember exactly what movie this trailer preceded but I was instantly mesmerized. I had not heard anything about Thoroughbreds and I had no idea what it was about, but the trailer featured Anya Taylor Joy and Anton Yelchin (thereby revealing that he had one last movie that I had no idea about it). The exquisitely edited trailer was also set to a banger of a song called "Sila" by A Tribe Called Red that I could not get out of my head for weeks.

Thoroughbreds is the feature debut of writer/director Cory Finley. The film is about two high school juniors, Lily and Amanda, who were friends as kids but grew apart as they grew up. The two are brought back into each other’s lives when Lily (played by Joy) agrees to tutor Amanda (Olivia Cooke) for the SAT’s and they rekindle an odd and endearing friendship. Both Lily and Amanda are from affluent families but that doesn’t keep them from experiencing teen angst just like the rest of us. Lily hates her wealthy step dad and Amanda is currently awaiting trial on animal cruelty charges after she killed her pet horse in a pretty violent way. You know, typical teenage stuff. Oh, and Amanda tells Lily that she doesn’t have any feelings, like at all. So naturally they start plotting to murder Lily’s stepfather, Mark.

This movie vacillates between dark and silly, full of feeling and entirely vapid in smooth and delicate arcs. This is due, in large part, to the performances at its core. The relationship between Lily and Amanda is imbued with a great deal of meaning and importance the way that a friendship between teenage girls so often is, but without any of the trappings that we would expect. They don’t fawn over each other or speak hyperbolically about their love for one another, and yet they seem to care for each other.

And it is, as always, a joy to see Anton Yelchin, though that joy is now somewhat tempered by his tragic and untimely death. Yelchin plays a cooky and somewhat menacing local “towny”  who the girls enlist to help them with their plan. He’s a few years older and sells drugs by night and washes dishes at a retirement home by day. Though his part in the film is much smaller, he offers a fair amount of the comedic relief that keeps the film moving.

Thoroughbreds has proved to be a fairly divisive film both in terms of its critical reception and in viewers’ understanding of the ending. I guess you’ll just have to watch it for yourself to see what you think! I for one was a big fan.