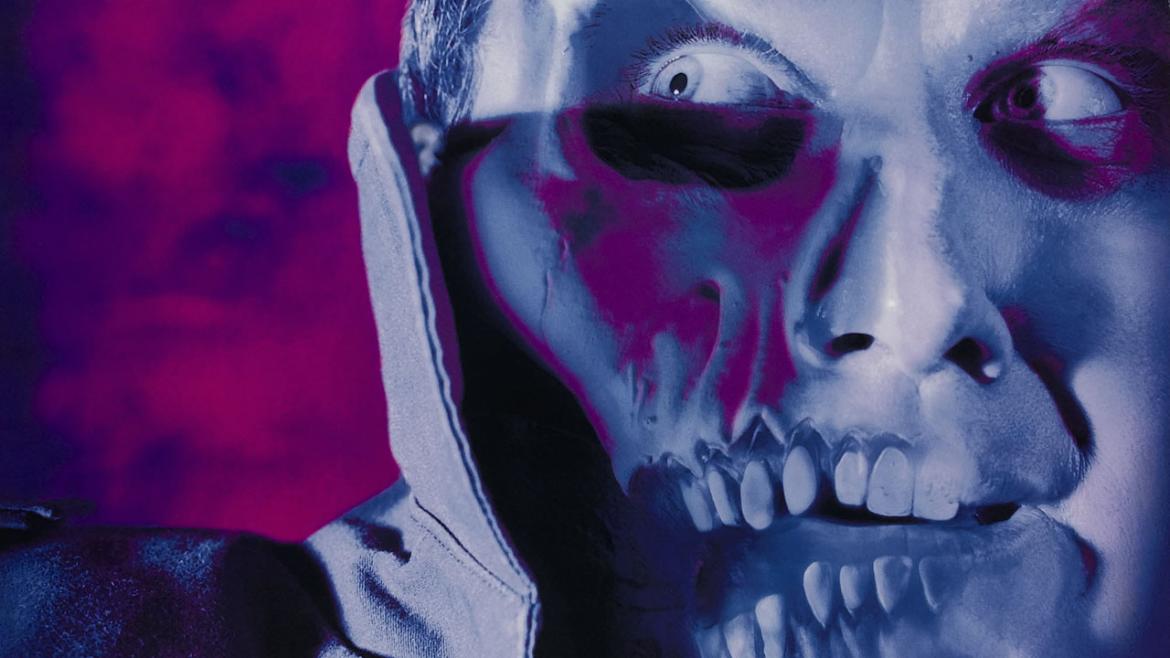 Even if you’ve read a lot of Stephen King, it’s still quite likely that you haven’t read Thinner. Hell, out of the books King wrote under his Richard Bachman pseudonym, Thinner’s probably the last one you’d reach for. The only reason the minor-est of minor Stephen King novels was turned into a movie was due to the Firestarter Accords of 1983, which mandate that anything Stephen King writes must be adapted for the screen. Sometime around the mid-2030s scientists project that we’ll reach the Stephen King Singularity and his entire canon will have been filmed. Then we’ll get on to the remakes.

Thinner stars an unconvincing prosthetic fat suit wrapped around the guy who played Robocop in ROBOCOP 3. Billy is a jerky overweight mob lawyer who lies to his wife about his weight so she can make line graphs of his weight-loss progress on a hilariously outdated mid-90s laptop. One day she’s giving him a BJ in the car and he runs over an old gypsy lady. Billy gets away scot free with this act of vehicular manslaughter due to his friendship with the judge and police chief so the family of the dead gypsy woman turn to their only recourse: a wrongful death civil lawsuit. LOL jk, they’re movie gypsies so they place a curse on Billy and his buds.

Billy’s curse comes in the form of a rapid weight-loss that continues no matter how much he stuffs his face. A lengthy and off-putting section of the middle of the movie mostly consists of him pigging out in the most disgusting manner possible and then being an asshole to people who comment that it’s weird that he can eat an entire cake every day and still drop 10 lbs a week. Instead of acting like a rational person and worrying that rapid weight loss is a sign of serious disease, the entitled jerk just figures he’s hit some kind of metabolic jackpot and doubles down on the junk food. Only when he gets down to a healthy weight and continues to waste away does he become concerned and learn that others involved with the death have been dealing with similar curses.

It’s hard to care too much about any of this because all of the characters in Thinner are just so damn unpleasant. Seeing a bad person get his comeuppance is the kind of story that begs for eight pages in an EC Comic, not a feature length film. The gypsies could be sympathetic, but they’re more plot devices than actual characters (not to mention that the “old gypsy curse” trope is frankly pretty racist). Ten years after Thinner, Sam Raimi ran with a similar premise for DRAG ME TO HELL, but it worked there in large part because the recipient of the curse was a person with good intentions who made a bad choice. It’s hard to get invested when every character is aggressively uncharismatic.

As for the body horror aspect, it’s easy to imagine that someone like David Cronenberg could have found an interesting angle but director Tom Holland mostly just goes for surface level gross-out and never tries to tap into any more deep-seated anxieties we have about our bodies. Honestly, there’s not much horror to be found at all in Thinner. There’s even a tacked-on dream sequence that seems only be there because halfway through filming they realized they were supposed to be making a horror movie and needed more special effects shots than just a bad (so bad) fat suit.

The story could have been great fodder for a fun Creepshow segment, but ultimately Thinner is just another checked box on the list of movies made from Stephen King novels.