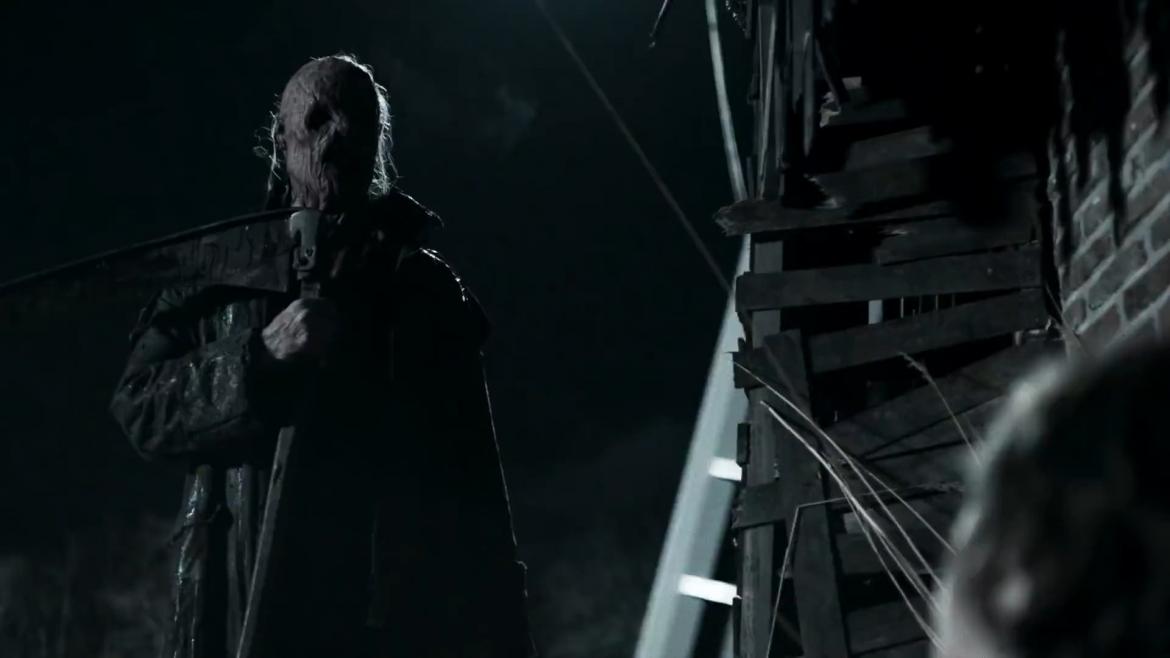 The rolling hills of Holland and their iconic windmills become a house of horror for an eccentric group of tourists looking to take in the sights and possibly escape some of their troubles. However, a scythe wielding creature begins stalking and picking the tourists off one by one and making them face personal demons that are haunting them.

Supernatural slashers are in need of a B12 injection. The Windmill, tries like hell to be a step above the most recent crop, but it simply can't outrun its own cliches and predictability. A slew of decent performances keep the flick from being that DVD you buy in a bargain bin and forget about till you sell it at a garage sale, still in its original wrapping.

Additionally, The Windmill's setting provides a lot of the film's uniqueness. Once the bodies start dropping though, the setting feels secondary. Yes, you are still in these creaky and creepy windmills, but a lot of the kill sequences take place outdoors in the dark without utilizing what it had going for it. The establishing shots leading up to the tourists' predicament are decidedly indie, but there's still a picturesque and artful feeling to the buildup. As the scythe stars slicing it feels like its simultaneously chopping off the legs the film was standing on.

Given the lack of genre offerings during the 2016 spooky season there are likely worse things you can do than watching The Windmill- as soft and half hearted as that endorsement is. This is Nick Jongerius feature debut and it certainly does not give them impression that the filmmaker does not have promise, it simply shows that there is room for improvement. The Windmill tries its damnedest to dig the supernatural slasher genre out of the dumpster and into the spotlight. As valiant an effort as it is, the film simply fails to ever deliver the wow factor that might have tipped the scales into making it memorable.