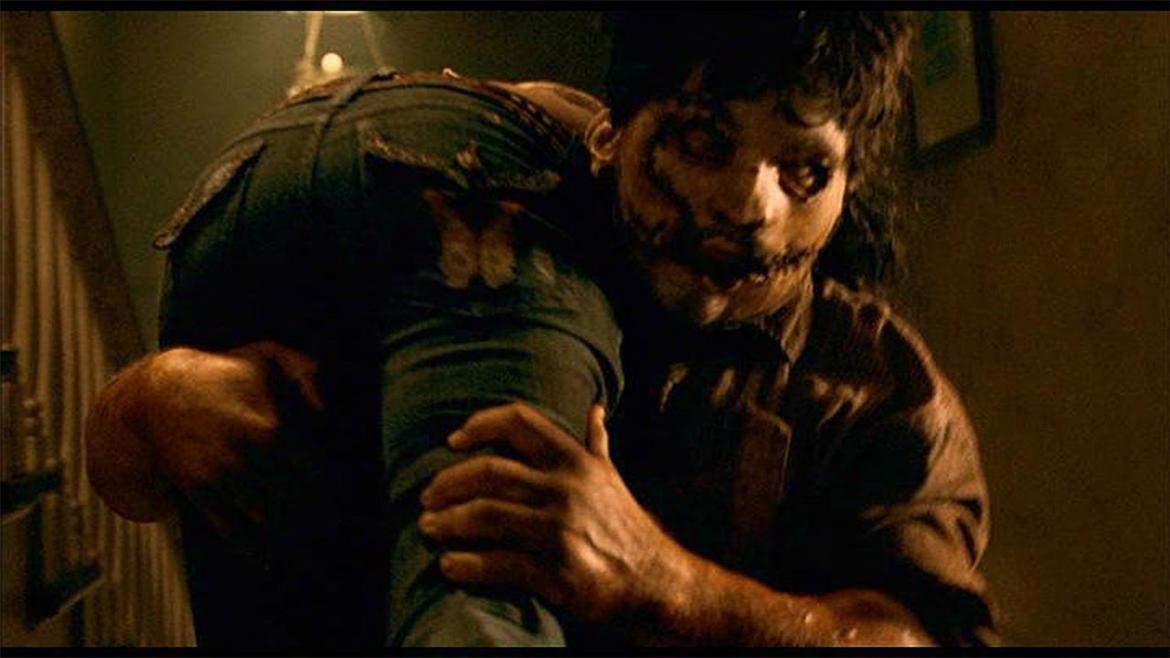 While the 2003 remake of The Texas Chainsaw Massacre may not have made fans and critics scream for a sequel, it did make enough money in the box office to garner a continuation in the reboot of the Leatherface mythos. Some decisions in the remake gave future filmmakers of the franchise some obstacles to overcome. Leatherface had been incapacitated after losing an arm to Erin's meat cleaver, Sheriff Hoyt had been killed by Erin, and ultimately a calm and collected Erin escaped the madness to inform police of the Hewitt's deviant ways. These factors all left a sequel out of the question according to writer Sheldon Turner. Turner in team with director Jonathan Liebesman delivered a different approach to continuing the franchise: a prequel. While this seemed like the logical choice apart from completely starting over, the prequel held trappings of its own including a repetitive attempt to capture what worked in the remake, a focus on finding unneeded answers to unimportant questions, and replacing the horror with straight up violence.

The film opens in 1939 on a pregnant slaughterhouse worker that is suddenly ready for delivery. Despite cries for help, the woman gives birth to a baby boy and promptly dies. The owner of the factory dumps the baby into the garbage after seeing its deformities, and Luda Mae (Marietta Marich) finds the baby and decides to take it as her own. Thrity years later the deformed boy, now a hulking factory worker named Thomas Hewitt (Andrew Bryniarski), decides to take revenge on the slaughterhouse owner by brutally killing him. When the local police attempt to arrest Thomas, now known as Leatherface, his Uncle Charlie (R Lee Ermey) kills the sheriff and assumes his identity. Meanwhile, two brothers Eric (Matt Bomer) and Dean (Taylor Handley) are traveling to enlist in the Vietnam War with their girlfriends Chrissie (Jordana Brewster) and Bailey (Diora Baird). After a run in with a biker gang in the back roads of Texas, their jeep flips and they come across the new Sheriff Hoyt. He takes Dean, Eric and Bailey back to the plantation for dealings with Leatherface which leaves Chrissie as the only one to find help or run for freedom on her own.

The events of The Texas Chainsaw Massacre: The Beginning take place four years before those in the 2003 remake. Instead of telling a story revolving around the suicidal hitchhiker the group encounters at the beginning of the remake, the prequel follows an unknown group of teens and their encounters with the newly cannibalistic Hewitt family. The reason behind this decision seems to be purely for answering questions that weren't asked during the remake. Finding out why Uncle Charlie has a sheriff's outfit isn't too interesting, discovering why Monty's legs are gone feels unneccessary, and the need to show Leatherface's birthplace is goofy. These are the first signs that the film doesn't want to create its own story of origin, but rather would like to hit beats that don't make sense. Knowing that the story isn't leading anywhere new instantly tells the viewer that none of the protagonists are going to survive the encounters. This in turn pulls all of the tension out of the film and replaces it with a dark cloud of torture waiting to devour any willing to approach. Even the minor plot points are done in a heavy handed way. An interesting aspect would have been to approach why Leatherface feels the need to use a chainsaw on people. This is explored in the prequel, however it is done in an obvious throw away line where he is told to use it because "it works". Not only the tension, but the horror beats that were crafted so well in the remake are taken away and replaced with extreme violence. The amazing scene of Jessica Biel discovering how her boyfriend died in the remake was subtle and bone chilling. In the prequel, Chrissie is forced to hide underneath the table that her boyfriend is being slaughtered on top of while the camera lingers on her bloodied face. For a different film, this kind of moment would work well, but for a prequel to a well crafted horror film, it feels completely out of place.

The final moments of the film truly depict why this prequel doesn't work overall. Not only did it attempt to hit the beats of the remake that worked, but it also harkened back to the original films dinner scene. In this case, the horror was taken out and replaced with grotesque and unneeded imagery. Every chance the film had to make something new or tell a different side to the story, it dropped the ball completely. While the overall film isn't worse than some of the later Texas Chainsaw sequels, it is far more boring and confusing.