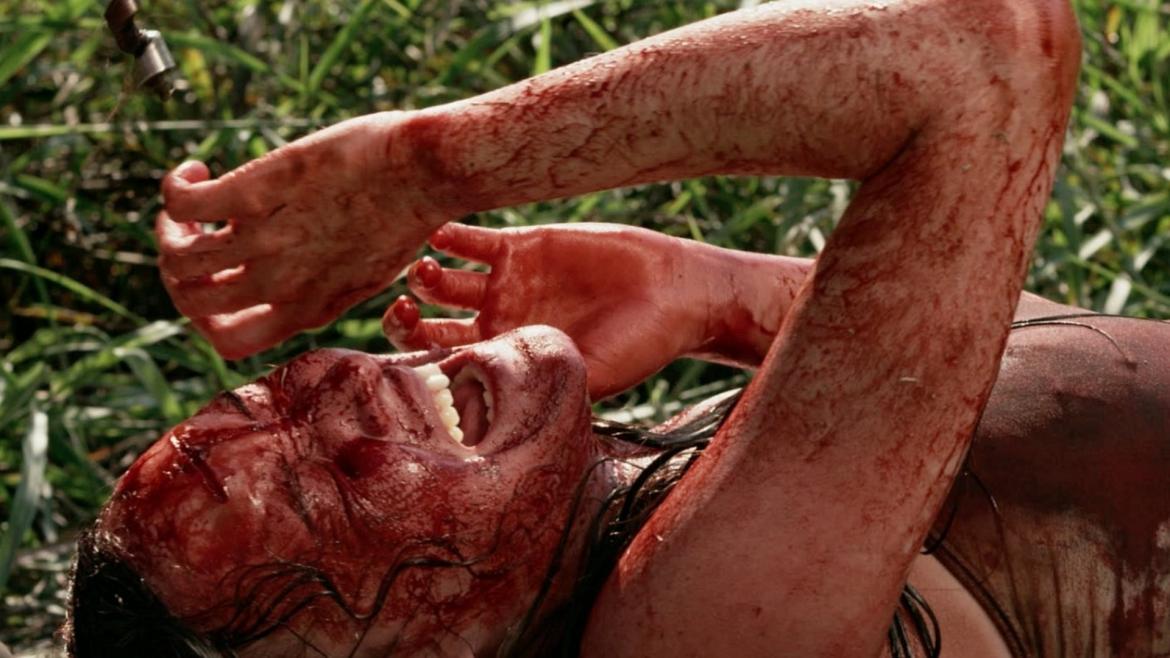 There is one question that will haunt you long after the credits have rolled on the otherwise forgettable possession/slasher flick, The Devil’s Dolls. At one point, bad dad and iffy cop Matt (Christopher Wiehl) tells his young daughter Chloe (Kennedy Brice) he has a surprise for her in his car. Unbeknownst to him, she grabs a box of tiny cursed dolls that belonged to a recently-deceased serial killer, unleashing a blood-spattered nightmare on their small Mississippi town. Something like two acts later, when Matt finds out what she took, he acts all shocked about it. The question is: What did he intend for her to take? Was there, like, a giant teddy bear riding in the back seat of his car for the rest of the movie he didn’t notice? It’s never addressed. That nonchalant attitude toward details is but one frustration in a movie which, despite sporadic glimpses of promise, never pulls it all together.

When we first meet Matt, he’s busy bagging the big one, aka shooting to death an infamous serial killer with whom he has a history. Among the maniac’s possessions is a cigar box full of small handmade dolls which we later find out are called worry dolls. By some bit of Central American folklore, the killer has imbued these dolls with his fears, turning whoever should hold one into a possessed murder-freak. Instead of a teddy bear or bag of jelly beans, Chloe finds the dolls, turns them into necklaces, and sells them in her Mom’s antique shop.

The Devil’s Dolls almost works as a mystical slasher flick in the vein of say a Child’s Play or even a Jason Goes to Hell. In its favor is the fact that it isn’t shy about letting the blood flow during its kill scenes. While not graphic, they are gory in a way reminiscent of those bygone movies.

Things go south for The Devil’s Dolls because its creative team – director Padraig Reynolds and writers Wiehl and Danny Kolker – are so insistent about the possession side of things they devote nearly the whole third act to it. The usual clichéd mystic minority character shows up, spouting things about Chloe being an innocent and how if such and such isn’t done by so and so time, she’s toast. This explanation is only slightly less helpful than the one we’re given and it doesn’t matter anyway because, as viewers, we’ve seen it enough times to get it. It’s here where that earlier feeling of fond familiarity turns sour.

The Devil’s Dolls had the potential to be a dumb-but-fun slasher. It might have worked, provided its creators fully embraced that idea. Instead, they clung to a poorly-crafted and threadbare possession angle, making The Devil’s Dolls a better fit for the scrap heap than the antique world.