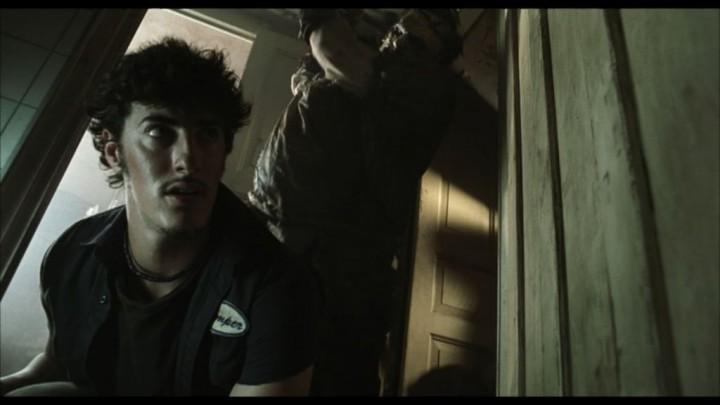 The infamous Sawyer clan, led by Leatherface, had been through several attempts of recapturing the magic of the original The Texas Chainsaw Massacre. By the dawn of the new millenium, the world of horror films had shifted from slashers to the supernatural. In 2003, the notorious production company Platinum Dunes (created by director Michael Bay) released their first attempt of reviving certain horror franchises. Their first film was The Texas Chainsaw Massacre which was met with poor reception by critics and fans. While the original film still holds up today as a classic and as required homework for horror fans, the remake is arguably one of the better horror remakes in existence. Despite not outdoing the original, the 2003 The Texas Chainsaw Massacre is a solid and great film due to its attention to plot, delivery of horror, and overall tone.

On August 18th, 1973, five friends are traveling from Mexico through Texas for a Lynyrd Skynyrd concert. Erin (Jessica Biel) has high hopes that her boyfriend Kemper (Eric Balfour) will ask for her hand in marriage. Along for the ride are Erin's two friends: "brains look like lasagna" Andy (Mike Vogel) and "STD fact checker" Morgan (Jonathan Tucker). In the spirit of the late 60's and early 70's, they pick up a hitchhiker named Pepper (Erica Leerhsen) who quickly falls into a relationship with Andy. While driving down a back road in Texas, the group comes across a young woman and give her a ride. Seemingly effected by post traumatic stress disorder, the young woman warns them that they're "all going to die" to then promptly shoot herself in the mouth. With a crime scene splashed across their van, the group makes the decision to seek help. Erin and Kemper visit an old plantation as per the suggestion by young Jedidiah (David Dorfman) to call the police. Kemper is attacked by a mysterious man and taken to the basment of the mansion. Sheriff Hoyt (R. Lee Ermey) parading as a law man answers the call for help and the rest of the group begins to realize why the young woman committed suicide. As Erin and Andy search for Kemper back at the mansion, they come across the chainsaw wielding Leatherface and spend the rest of the night fighting for their lives.

The original The Texas Chainsaw Massacre built its successful tone of horror through its low budget and visceral visuals. The 2003 remake clearly wanted to capture the same tone and does so fairly well, however it uses different traits to achieve it. Instead of a low budget, the police archival footage that bookends the film brings a "true story" feeling to the story that instills fear from the start fairly well. The voiceover that begins the film sets the stage for the horror of "the film you are about to see". It has a nice throwback to the gimmicks of the 1950's haunted house films mixed with the Blair Witch Project from just four years before. Moving into the plot, the points of tension show an attention to detail, are paced well, and build upon one another. Once the young woman kills herself, the group throws out the drugs and then divide into gender lines deciding what to do with the body. These decisions feel correct and don't throw nonsense at the audience to just create horrific sequences. The tension builds quickly in the beginning to keep the characters on a more aware level, which in turn makes them seem more intelligent. One of the most brilliant moments of horror and clever writing comes when Erin discovers the fate of her missing boyfriend. She spends a majority of the second act looking for Kemper, however unbeknownst to her, he had been killed by Leatherface several scenes earlier. The way she comes to this realization is from seeing Leatherface wearing Kemper's face as a mask. It's a twisted and truly horrific moment that also manages to close a mystery for the character with no dialogue. The horror moments are well executed as well. Leatherface is mostly seen in quick cuts and flashes in the first act which creates a mystery around what exactly he can do. When Monty slams his cane repeatedly on the floor, egging Leatherface to appear, it's like a clock beckoning the entrance of a horrorific presence. На сайте safecasino.ru собраны только безопасные интернет казино Once he appears, the chase sequences show the intimidation he holds as he captures friend after friend. Erin is forced to move from situation to situation looking for a way to fight back against him and the progression follows the tension well. Many sequences of Erin hiding while Leatherface looms nearby gives the viewer a moment to feel the fear rise.

Overall, the 2003 remake of The Texas Chainsaw Massacre is a solid entry in the franchise by taking aspects of the original and updating them for a new audience. This film is not better than the original, but offers a different experience to a similar story. It rides the line of honoring its predecessor and creating something new which is a balance that is key for a remake. This is a film that requires more attention and credit than it's been given.