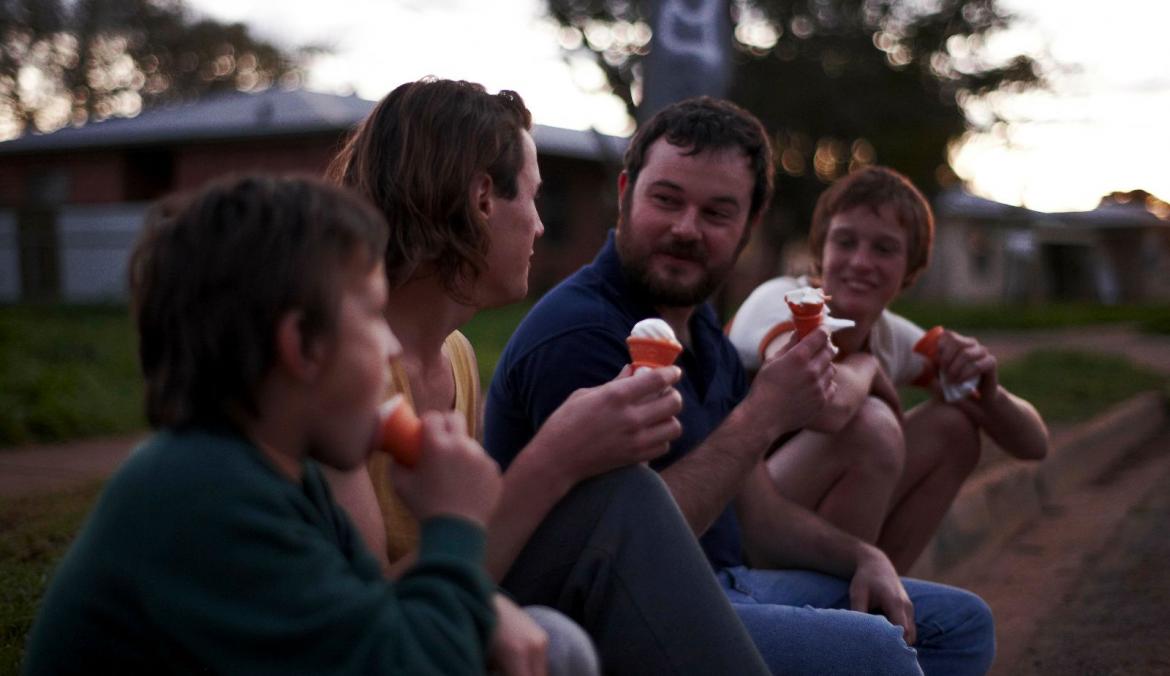 "The Snowtown Murders" is a movie about one of Australia's most notorious serial killers, John Bunting, and how he came to seduce a group of people into helping him torture, kill, and dispose of anyone he saw fit. The story is told through the eyes of a young man, Jamie, who almost never talks, and basically just reacts to the things that Bunting does. He essentially only ever serves as a proxy for the audience. Jaime is befriended by Bunting after the neighborhood finds out that his next-door neighbor molested Jamie and his brothers. The police refused to do anything to the neighbor and Bunting decides to take matters into his own hands by revving his motorcycle on the neighbor's doorstep late at night, and then cutting up dead kangaroos and throwing the body parts all over his front porch, which eventually drives the neighbor away.

Soon afterwards Bunting moves in with Jamie's mother and decides to start a kind of neighborhood watch to kill local rapists and child molesters, but when he actually starts to murder people, and enlisting others to help him, the pretense of defending the neighborhood seems to fly out the window.

The movie explores some interesting questions about what is the right thing to do if the police won't help you, and where the line between justice and evil lies. When Bunting and several other locals meet together to discuss whether or not they should start killing these child molesters, the sessions quickly turn from meetings about what should be done, to simply Bunting fantasizing in front of others about how he wants to torture and mutilate people. Troublingly, he talks the others into fantasizing along with him about how they should kill their future victims. The film also seems to show that there is a very fuzzy line between needing to protect yourself with violence, and searching for excuses to justify violence in order to entertain one's own darkest and most sadistic desires. While Bunting is a genuine lunatic, the people he enlists to help him aren't all psychopaths, and yet many if not all of them possess the potential for the same type of evil that consumes Bunting.

For several reasons, "The Snowtown Muders" is not an entertaining movie to watch. First, it is incredibly slow paced, to the point where it seems like it might drag on forever. The movie is two hours long but it felt like it was at least three hours, if not longer. This is mostly because the story is told through a series of drawn out images of Jamie's day-to-day life with Bunting. The way this was done reminded me quite a bit of the movie "Gummo," which is basically a string of images depicting life in a small white-trash town.

"The Snowtown Murders" isn't nearly quite as avant-garde, but it's depiction of life in Jamie's world is very similar. I feel like the director, Justin Kurzel, does this not to tell Jamie's story, but to actually immerse you in Jamie's life so you can understand how you might have the same relationship with Bunting if you were in his shoes, and how easy it might be to get you to help someone commit these horrid crimes, if the circumstances were right.

Secondly, I expected that the movie would have a cohesive story arc, and yet it doesn't as it simply ends when Jamie becomes fully complicate in helping Bunting commit murder. This at first seems like a very frustrating ending, and I imagine it will be one that for many people who struggle to get through the two hours of this movie will be very unsatisfactory. I have to admit the ending had me pissed off for a while, until I had some time to process what I'd seen.

This movie seems to have garnered a lot of positive attention, and I think artsy movies with a serious tone and slow pace often, and unjustly, tend to gather a lot of praise when compared to movies that are much more fun and easier to digest. So, I really hesitate to give this movie a good score considering that it is almost unwatchable in its pacing. However, I feel like everything in this movie was there for a specific purpose and to have a specific effect on the audience, which is a lot more than I can say for a lot of arthouse films that I've seen. It's also an intelligent enough film that it left me thinking about it for hours afterward, which is also something I can't say for most movies, arthouse or otherwise.

This isn't a movie I would recommend to many people, but "The Snowtown Murders" is a challenging and ambitious film. It wasn't fun to watch by any stretch, but I did find a lot of enjoyment in untangling everything I'd seen and trying to figure out it's message, which seems to be that anyone could be tricked into doing horrible things under the right circumstances.