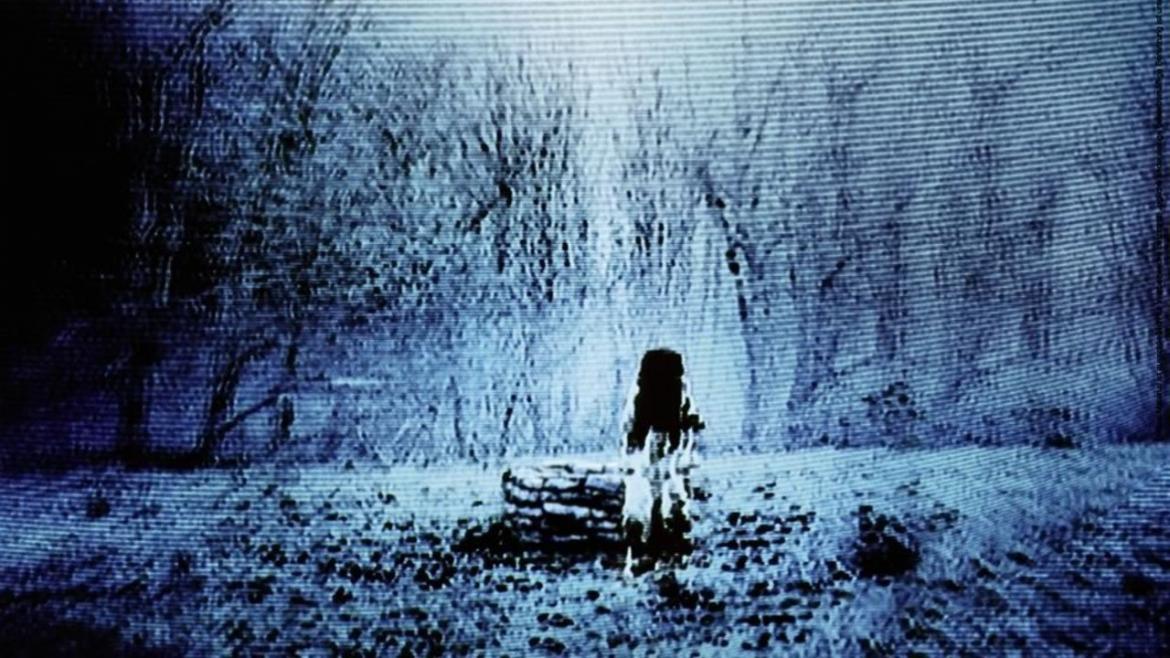 One Ring to bring them all, and in the darkness bind them,

Correct me if I’m wrong here, but I’m pretty sure that when Tolkein wrote the above verse, he had the year 2002 in mind a year that lives in infamy. The year that an American remake of a famous Japanese horror film would spawn a horde of remakes. This film set the stage for American writers and directors to drag many an Asian horror film into an American context and shape it to our cultural norms, for better or for worse.

Like many A Horror remakes that eventually followed, Gore Verbinksi’s The Ring plays like an almost shot-for-shot remake of the original source material, with some stylistic flourishes thrown in and a good deal of its original soul and meaning pulled out. This version also centers around a journalist and single mother (this time played by Naomi Watts) who falls down a dangerous rabbit hole trying to solve the curious death of her niece. The plot follows much the same sequence, with some key differences.

The most striking difference for many careful viewers will be how devoid this film is of the spiritual. While Sadako was born from a tradition and a lineage of psychics and spiritualism, Samara is a dark child of mysterious origin. This seemingly simple detail removes a lot of the nuance and ambivalence that surrounds the apparent antagonists in the two films. In Ringu, Sadako appears to primarily be a young girl with psychic abilities that she can’t always control or contain. She isn’t inherently bad, but she is a spirit that is restless and in pain. Samara, by contrast may or may not be the product of some kind of unholy union that is never explicitly made clear, and her motives seem nefarious from the start. While Ringu seems to suggest that pain and violence create echoing cycles that go on and on in a circular fashion (hence the film’s name) the American version loses all of this, favoring instead the trope of the creepy child.

Similarly, the lack of a spiritualist tradition in America means that while the original film sees Reiko tap her ex Ryuji to help her solve the mystery by employing his powers as a medium, Naomi Watts (Rachel) and her ex (Noah, played by Martin Henderson) take much more traditional approach to finding answers. Without the ability to sense Samara or communicate with her spirit, Rachel and Noah break into mental hospitals searching for records and go to visit the friend of the niece who was with her when she died. While this story might be easier for American audiences to swallow, what do we lose by never connecting to Samara or her story directly?

Of all of the changes and shifts, perhaps the strangest and least effective, to my mind is the shift that is made in the relationship between mother and son between the two movies. In the original, Reiko is a perfectly fine mother as far as we know, and we see nothing to suggest otherwise. Verbinski, however, appears to be on a mission to warn busy and professional women against being busy and professional. Rachel is introduced to the audience when she walks into a parent-teacher conference finishing up a call on her cell phone where she is speaking rather abrasively to someone on the other end. Throughout the the film’s runtime, we see numerous cues to her poor job as a mother. Her son (Aiden) talks to her about how little time she has and calls her Rachel, rather than mom. In the end of the film, when Rachel discovers how Samara ended up in the well, we discover with her that it was her very own mother that put her there (a complete 180* from the original film). This revelation forces Rachel to grapple with her life choices and decide to be a “better” mother. This message is one that, to my mind, takes away from the movie and certainly has not and will not age well.

Disparaging comments aside, The Ring is not without merit. The film uses color in a very interesting way, favoring a muted blue palette with bright vibrant reds thrown in throughout. The sound design, likewise, is very well done. The mixing of the tape itself, in particular, still makes this reviewer’s hair stand on end. And finally, there is the iconic scene with the horse on the ferry that we won’t describe here, for the one or two readers who have perhaps not yet seen it. The films pair very interestingly with one another, and only you can decide for you which one you prefer.

I Am the Pretty Thing That Lives in the House