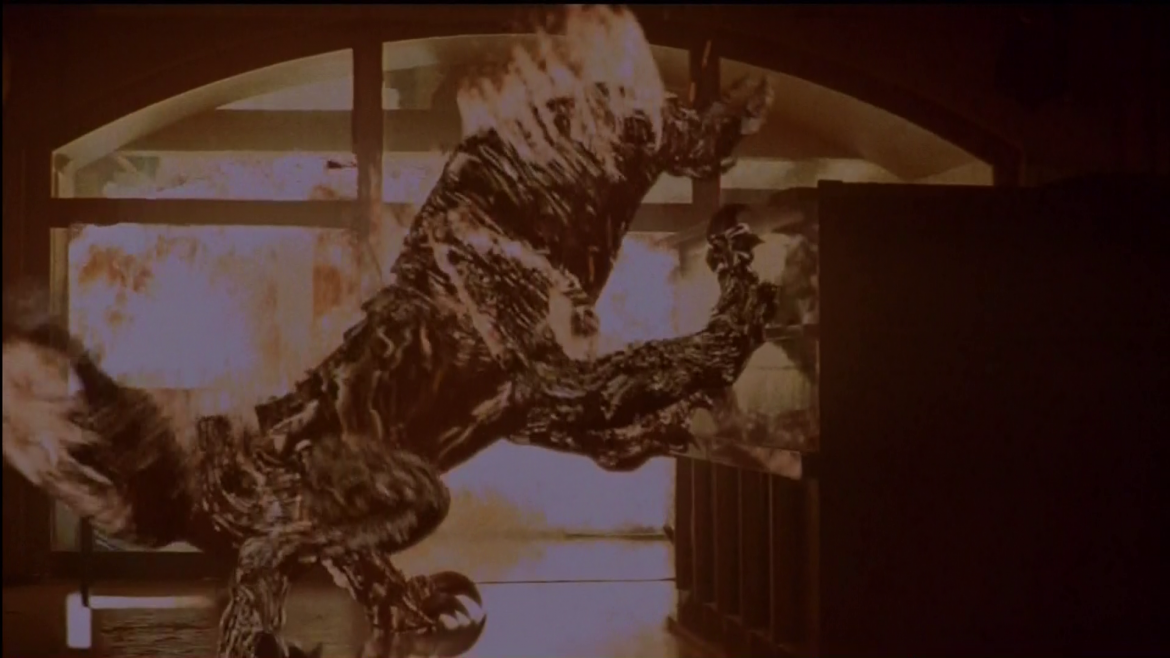 Peter Hyams' The Relic has a mixed at best reaction among horror circles. Some call the Penelope Ann Miller vehicle a muddled mess, others say it's an under appreciated bit creature mayhem. In reality, both sides have relevant points. The Kothoga (a South American lizard god) serves as the focus of the film as it wreaks havoc on the employees and guests of a museum. On the bright side, Hyams paces the film out well and features interesting creature effects. However, said creature effects are often muddled in darkness and the characters being served up are about as palate pleasing as wet cardboard.

There's a whole lot of science mumbo jumbo leading up to the creature smorgasbord. The film actually does a commendable job building tension by hiding the creature for a long time only giving glimpses to vicious attacks in the beginning. Essentially, the first half feels much more like a slasher than creature feature. Character types are painted in broad strokes, many of them performed with a wink and a grin-particularly Chi Muoi Lo as a villainous Dr. competing with a colleague for some coveted grant money. The rest of the performances that aren't lazy and drab are just people shouting dialogue at the top of their lungs lending to the non-stop noise of the final act.

Lighting is a constant point of contention, and serves as one of the main aspects that make The Relic a mostly forgettable creature feature. Dark corridors are understandably dark, often only being lit by the beams of a flashlight, but standard set pieces are excessively dark to the point that it's exceedingly hard to make out anything on screen. It's unclear if this was an artistic choice or a decision made out of necessity to obscure incomplete effects work. One can't help but muse about the film's lasting effect under different circumstances amongst the horror community.

Lastly, the creature effects (when you can actually see them) are pretty impressive even in spite of the dated CGI. Stan Winston's practical effects are what make the creature so physically imposing, it's just a shame most of its screen time is shrouded in darkness. The creature's sound design is key in many of the tense scenes, blending deep guttural growls and the labored breathing of an asthmatic gorilla.

The screen is dark, the scares are cheap, the characters are bland, but there's still some creature feature fun to be had with The Relic. There's plenty to keep it from topping anyone's all-time favorite list, but there's also plenty of gory moneyshots and creature chaos worth firing it up on a lazy afternoon.