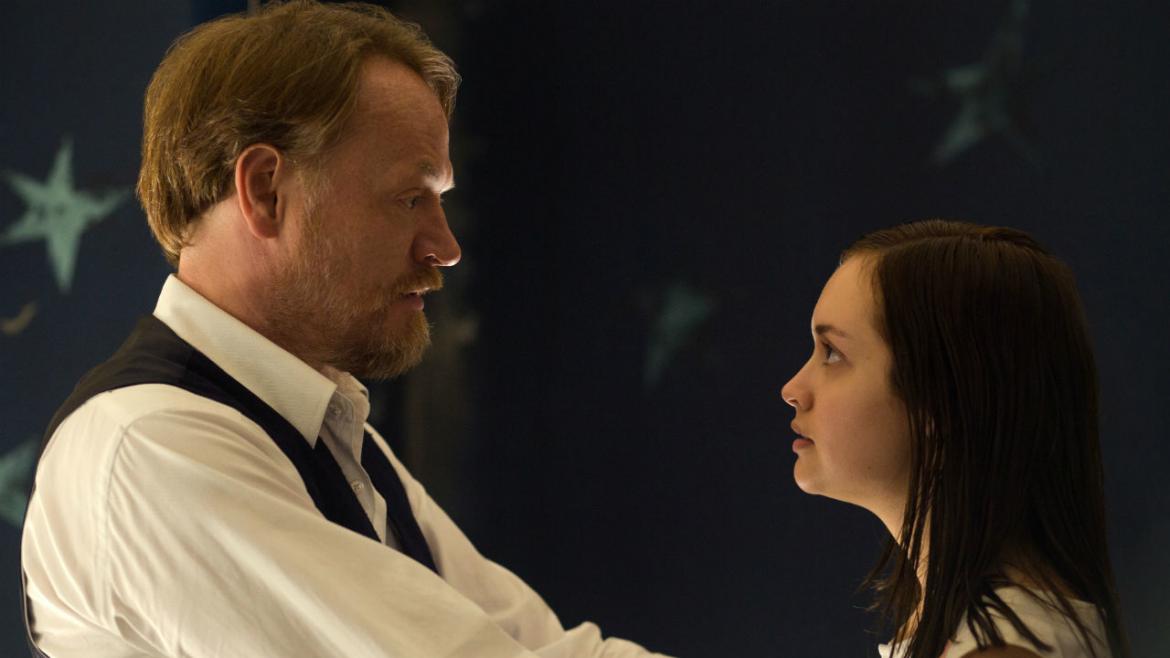 The Quiet Ones (Movie Review)

Set in 1974 Oxford, “The Quiet Ones” follows documentarian Brian (Sam Clafin) who finds himself, along with two hot-to-trot students, under the employ of charismatic and philandering Prof. Joseph Coupland (Jared Harris). Coupland is determined to prove that the supernatural is in fact a scientifically explainable phenomena. Coupland’s latest patient, a veritable Jane Doe cleverly named Jane (Olivia Cooke), signs on to undergo some intense, experimental treatments designed to draw out and expel her telekinetic abilities.

At the heart of “The Quiet Ones” is a timely conversation about the role of science in the face of panic and patriarchy’s attempts at controlling female bodies. The film’s use of first person perspective from Brian’s camera is demonstrative of a tension between scientific pursuit and personal interest. The opening credits depict various woodcuts of medieval exorcisms in which demons crawl from the mouths of naked women, “documenting” some awe-inspiring religious events. Coupland in turn demands the photographic, mechanical “truth” in a post Enlightenment era.

That each representation of these events utilizes female bodies speaks to the authoritarian perspective these traditionally male dominated institutions assume to possess toward females. Coupland’s intentions become increasingly suspect as Jane undergoes sleep deprivation, starvation, emotional abuse and constant surveillance. She gets a mat on the floor instead of a bed but, hey, back off man, they’re scientists! All of this done in pretense for her benefit despite.

But midway through the second act the film begins to completely lose control of this metaphor in pursuit of more typical spook central insanity. The first person perspective becomes gimmicky and loses any sense of motivation other than allowing faces pop into frames. Rather than considering the camera and experiment in the more complex ways earlier alluded to we get a haunted house tour punctuated with plenty of jump-scares. Conversations quickly descend into yelling matches as characters spew half-baked hypothesies. The one other female character, Krissi (Erin Richards) is given the thankless task of yelling “That’s sexist!” in an attempt to redeem the script’s poor handling of her character.  More than once sequences recall some sort of “gritty” Scooby Doo reboot. Trademarked!

Not to mention Brian, apparently, is the only member of the group with a library card.

This divergence is so stark it makes you wonder if the heights the film starts from had any intentional structure. Gesturing towards a richer sense of horror, “The Quiet Ones” inevitably rocks back on its heels for a by-the-numbers finale.