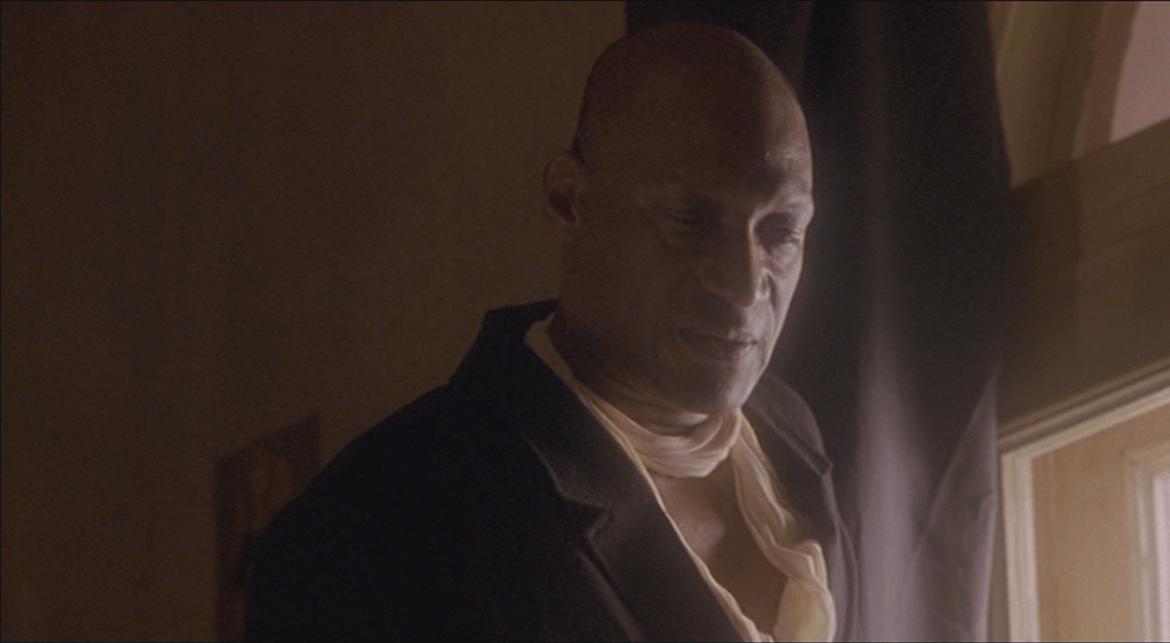 The Prophecy: Forsaken, like its predecessor (Uprising), centers on the adventures of Allison (Kari Wuhrer), a student turned keeper of a holy text called the Lexicon. This book is authoring both itself and the end of the angelic war in heaven – which will coincide with the rise of the Antichrist and the apocalypse. Naturally, when the apocalypse hits, all the good people go to heaven and the bad ones to hell. That’s the primary motivation for two of the characters in Forsaken. Stark (Tony Todd) is an angel looking to steal the Lexicon and prevent the apocalypse to keep people out of heaven, while the Devil (John Light) is cool with it because, hey, more business for him.

This is without a doubt the best and worst idea in Forsaken. It upsets convention and puts our heroine in the position of working closely with the Devil to ensure the end of the world. Meanwhile, the bad guy is the one trying to prevent the end of the world – albeit for nefarious reasons. This would be bold and thought-provoking if the movie cracked 70 minutes not counting credits. As it stands, the angle and the movie feel incomplete.

Writer/director Joel Soisson makes quite a few interesting, for lack of a better word, choices with Forsaken. This starts with opting for an even darker tone than he did with Uprising, moving further away from the humor of the previous films.

Also, he devotes precious time to a character's monologue about the hierarchy of angels and their defining characteristics. This never came up in the four previous films. Soisson also chooses to ignore a fairly prominent character from Uprising until pulling a sheet off him like a crazed magician well into the third act. He then significantly alters Allison’s backstory – in the process trampling her existing backstory from Uprising – again, at almost the last second.

Five films in is an odd time to start expanding the universe in this way. It’s like Soisson either forgot he was making part five in a series or was banking on it doing enough business to garner more movies or a TV spin-off. The final shots aren’t awful, but they certainly leave the door open.

And then there’s Light, whose Devil was a shining beacon in Uprising. Sadly he’s been relegated to periodic plot explainer here. The main highlight in Forsaken is Todd. His character has this wonderfully believable yet ridiculous quirk where he refuses to kill anyone, preferring instead to hire people to kill for him. As if that was an acceptable loophole. For a franchise sorely lacking in eccentricities and menace since the departure of former regular Christopher Walken, casting Todd is an inspired choice.

It seems whatever otherworldly assist Soisson had in making a halfway decent fourth Prophecy film has run its course. С помощью нашего рейтинга интернет казино онлайн вы сможете выбрать лучший игровой клуб для игры онлайн Apparently divine intervention or black magic aren’t on the list of “two-for-the-price-of-one” benefits that come with shooting sequels back-to-back. The Prophecy: Forsaken is a jumbled mess of a good idea that somehow manages to be overstuffed and unsubstantial at the same time.