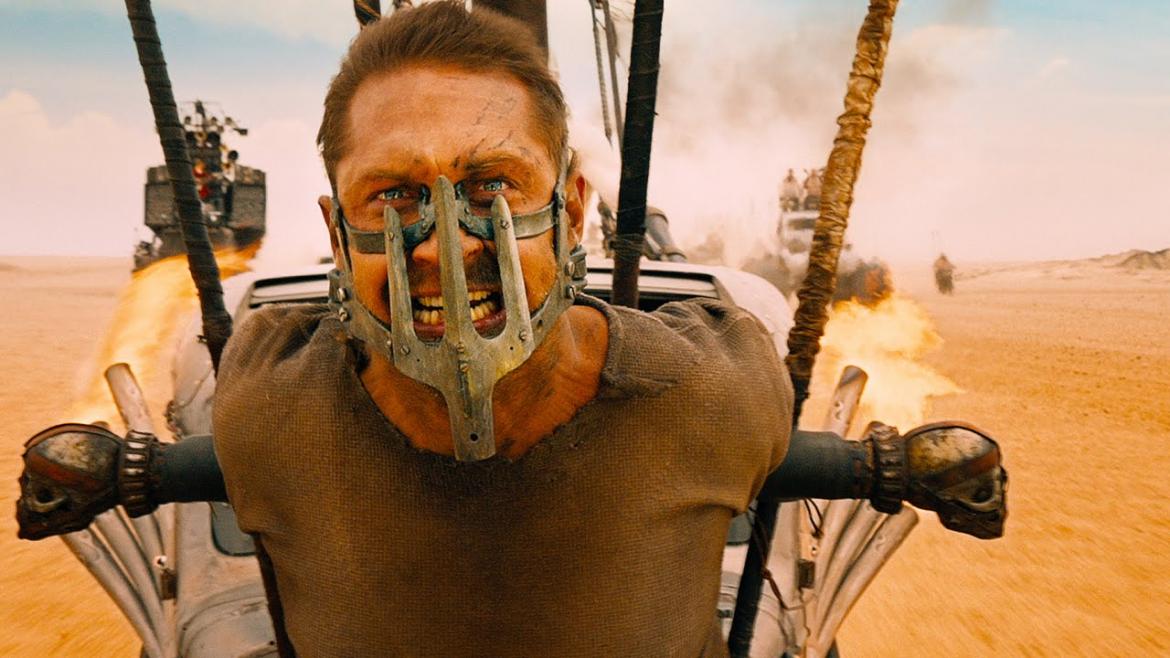 What a lovely day for such a lovely film. Mad Max: Fury Road is the revamp of George Miller's Mad Max world he created over thirty years ago. Such a wide gap between releases poses issues for Miller's creation; mainly in the fact that most general audiences have either not seen the original films or don't remember them. His approach with Fury Road was to harness the spirit of the original films and concoct a new telling of the life of Max Rockatansky. Being a film made in the new millenium, the approach to action, social issues, and cinematography had to be at its peak. Thankfully, Miller delivers a film that not only addresses a modern aesthetic, but creates an experience that is truly unforgettable. The hidden gem, and even arguably divisive choice by Miller in his Fury Road, was to create an extraordinary road opera led by women. Guns are blazing, spike laden humvees blaze across the desert, disgusting warlords pillage, and the true heroes within this all are a group of final girls.

The world is corrupt and on the brink of extinction. Immortan Joe (Hugh Keays-Byrne) has cattled the people into following his ruling to the gates of Valhalla. Men and young boys are brainwashed into believing that following Joe's ways will bring them reincarnation and redemption through suicide. The women are used merely as creators of new men through sex slavery. The exception: Imperator Furiosa (Charlize Theron) is a general for Joe that sets out to turn the tide on this barren wasteland. Escaping with a group of Joe's "wives", Furiosa sets out to find the "Green Place" where true life can begin and safety will be restored. Every tribe and clan sets out to bring the women back, led by Joe and his minions. A young follower named Nux (Nicholas Hoult) seeks his redemption by getting to Furiosa first and delivering her corpse to Joe's hands. Forcing the newly kidnapped blood bag Mad Max (Tom Hardy) to aid him in his quest, Nux leaves behind every sense of morality to gain his spiritual freedom.

Mad Max: Fury Road is straight up special. It is an action packed two hour road chase film, but it holds several moments of heartache and humor. The film starts with a bang as Max recounts his current state of affairs. He is shell shocked, seemingly defeated by all that he has lost. The first action sequence sets up a move from high frame rate to standard like a back and forth ballet. Max is attempting to escape his captors while also being confronted by his visions of lost loved ones. The balance within the shooting style is perfect with a sense of strangeness that never feels like a gimmick. Balance is the key word in dissecting Miller's film. The amount of dialogue, action, and explanation are all delivered like a yo-yo passing weight from one hand to the next. Within the action scenes, the amount of detail that framed each gorgeous shot gives a polished and strong view of the world Miller is creating. The chase scenes involve such a level of intensity that would typically leave audiences completely lost, but here the attacks are shown on an individual level. Acrobatic work and over the top theatrics are sprinkled throughout them as well. Most notably being the red jumpsuit slave playing an electric guitar that spews fire.

The lead characters of Furiosa and Max both have the least amount of dialogue when compared with the other main roles, but the portrayals by Theron and Hardy delivered memorable and deep characters. Theron has a goal the entire run of the film that never changes as each scenario of escape is hurdled her way. It was a brilliant choice to leave the main plot so simple while adding little layers between to give the characters interesting choices to make. Hardy also holds a base need to escape, but his connection and understanding with Theron and the other women is what draws them together. Examining the two leads brings the viewer into the mindset that this film is not about a car chase, but about a world that needs to change. Paralleling issues in the real world, the role that women play here is key. It is understood that sex slavery is an industry and one that will not be tackled. Theron escaping with the slaves brings a Biblical tone that heightens the tension and creates the stakes for each scene to follow. Typically in action films women are subjected to a romantic role or mainly as an individual in need of protection. The women in Fury Road are the only group to defy the tyrannical and terrifying norms to seek their own redemption. Much like Ripley in the Alien films, they examine their circumstances, dust themselves off, and handle it. Max is not their hero, he is their comrade. Miller has turned the action film on its head to deliver a statement that says: no one should be put into a box and its time that changed.

The action, cinematography, characters, and themes all displayed within Mad Max: Fury Road hit at a high level. There is no fear of being different or strange, and rather embraces those non-Hollywood traits to create an experience that is unforgettable.