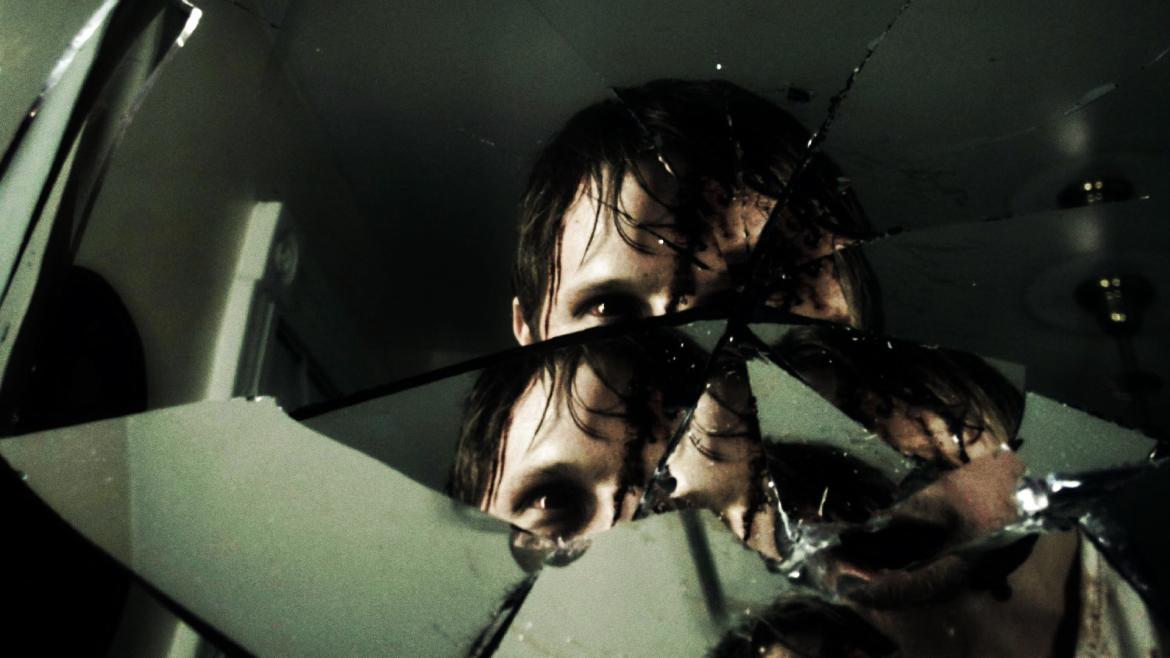 For some reason, possession and found footage have gone hand in hand in the horror genre. This is just another example.

Much like the seemingly thousands before it, The Possession of Michael King is a story about a budding documentarian working on a project involving the occult or supernatural in some way. In these films, our protagonists usually fall into one of two categories: 1) a staunch believer in the paranormal, seeking to vindicate their belief system or 2) a skeptic hoping to prove all the believers wrong when nothing happens. This usually gives a quick and easy explanation for why someone is carrying a camera around, filming their every move. In this particular movie, Michael King is a father and recent widdower who wants to definitively prove that the spiritualism his wife believed in was all a lie and, ultimately, what caused her death. If that sounds like a bit of a stretch, that's because it is. King starts his project off by confronting the psychic who he is irrationally blaming for the loss of his wife. And while his wife's beliefs were primarily religious and positive in nature (god, angels, fortune-telling) Michael decides to stick to the darkest magics he can find, for some reason. He seeks out a terminally-ill priest who performs exorcisms, a demonoligist who tries to summon a demon for him, and a necromancer who says he will call forth the spirit of a recently deceased corpse.

Things begin to go down hill fairly quickly, though it's unclear what particular act are causing Michael's symptoms. Michael stops performing rituals, but continues experiencing strange phenomena and finds that no one can help him. Even more troubling, when he approaches the people who "helped" him before, they are pitiless and refuse to even attempt to reverse what they have done. Each night while he sleeps Michael roams the house possessed, with a camera in tow, and stands over his sister and young daughter, both of whom are unbelievably heavy sleepers. Once his sister decides it's not safe for she and Ellie to be in the house, they leave Michael and his cameras alone.

The first two acts  have some good jump scares and an interesting enough story, but after that it all goes to pieces and never really pulls itself back together. Throughout this movie there is an overwhelming sense that the story doesn't seem to have a clear idea where it's going, and it certainly doesn't really bring anything new or interesting to the mix.  Many of the scenes that are meant to terrify play more comedic than anything else. For example, you may remember from other horror films that insects can often act as a signifier of possession or haunting. In The Possession of Michael King this manifests itself by continually showing one ant crawling on Michael's body. Eventually, he points it out to the audience, and says that each time he takes one off, another appears. The next shot shows a jar full of ants on the table beside him as another bug crawls around his face. Better to just leave it, he decides. In another scene Michael shouts to the voices, telling them that the can't make him do anything. How does he prove this point? By completely destroying his office and every piece of furniture in it. There are also a series of continuity errors. The gender of his pet dog keeps changing and when, under the control of the demon, he starts carving into his skin the mark is clearly in a commpletely different place in the morning.

Furthermore, this movie doesn't even do a good job of justifying the found footage style. Many of the angles look like they are being filmed by static cameras, although there are so many of them and in such random places, it would make absolutely no sense for him to have them installed. The fact that the Michael, possessed by the demon, always carries the camera around at night when he is sleeping seems completely absurd, and when he carries the camera, he often points it back at his face for reasons that make no sense whatsoever.

In the long line of films before, and the ones that are sure to follow, this movie does not make much of an impression either way. In other words, if this is a style you enjoy, there are better films to watch.