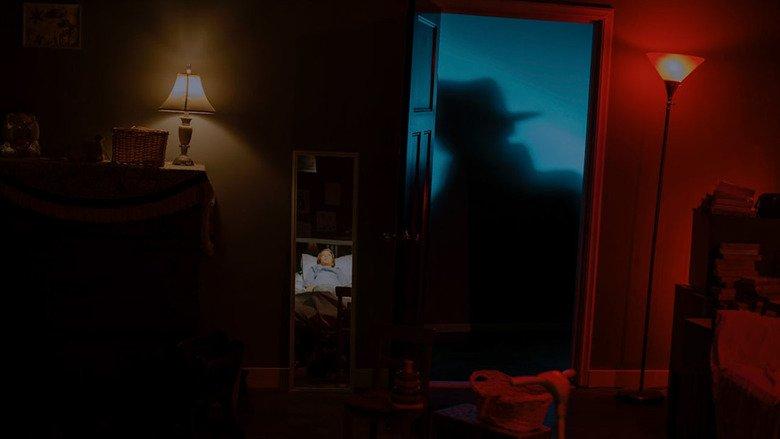 When it comes to horror based documentaries most are centered around a film in the genre or a fandom. Director Rodney Ascher released his first full length documentary in 2012 called Room 237 that detailed the theories of Stanley Kubrick fantatics. The hidden messages and themes buried within The Shining were thrown at audiences to be scrutinized and praised. While many of the theories were over the top and hard to swallow, Ascher maintained an objective and unbiased approach to even the most radical ideas presented. This gave the documentary an extra layer of depth to become a commentary on the effects of repetitive watching. Ascher returns to the documentary world with a new take on horror, but this time, it's centered around a real world event. The phenomenon of "sleep paralysis" plague thousands of people across the globe. What causes this mysterious effect, how can it be controlled, and can it be traced to a source are all questions that the film explores. The accounting of certain individuals experience with the paralysis creates a fascinating and chilling viewing for audiences and will leave them fearing their bed more than ever.

The Nightmare explores the effects of sleep paralysis on several individuals across the country. Each begin their story with a description of their first account with the night time event. Sleep paralysis is a condition in which an individual will seemingly wake up from a deep sleep unable to move but maintain their entire awareness of the environment around them. At that time they encounter different unexplainable entities that want to cause harm. While scientific research isn't delved into much throughout the documentary, the theme of the film focuses on the supernatural and unexplainable aspect to sleep paralysis. Each person interviewed expresses at one point or another that consulting a doctor or psychiatrist left them with the same issues and another medical professional unsure of how to cure them. The concepts of religion, demonology, and the occult are all dissected to find more other worldly answers to the problem. Throughout each of the interviews, a reenactment is depicted to add horiffic effect. Each story starts out seemingly small but they all build into scenarios that seem unlivable and out of a horror film. Once each situation comes to its boiling point, each individual explains how they have decided to overcome or accept their fate with the paralysis. Some follow religion as an answer while others understand that their lives will end one day due to the phenomenon.

The concept behind The Nightmare is a truly fascinating one. Those who have suffered from sleep paralysis will find solace in hearing others stories of suffering and fear of sleep, but audiences that have never even heard of the event will still find fear and enjoyment. What sets this documentary apart from others are the reenactments accompanying each story. As an interviewee describes their experience, a shot of bedroom dimly lit dissolves onto the screen. Once the descriptions of the "dark ones" begin, actors in full featureless body suits begin to emerge from the shadows. It's a great way to draw the viewer into the horrific experiences that the interviewee had been forced to endure. This creates an instant pathos with the victims of the paralysis while also giving a viewer the fear of a horror film all wrapped into one package. Interestingly, the documentaries weakest point also comes in the reenactments. One man's story revolves around his exposure to alien like creatures as a young boy. The man expresses how difficult it is to even draw the creatures he saw as a child because they always come off as goofy. The filmmakers recreating this scenario also seemed to only know how to make the creatures seem goofy since theses scenes were acted out from people in generic alien costumes. These scenes are flat and suck any fear out of the situation which not only lessens the enjoyment of the documentary but also demeans the seemingly horrific event the man experienced as a child. Overall these reenactments did provide the most enjoyment though and will leave viewers with haunting imagery.

While the answer to how to fix sleep paralysis is never given and medical professionals are not interviewed for suggestion, the point of the documentary doesn't seem to be finding a cure. Ascher is a filmmaker that very much enjoys horror and delving into the different holes that horror creates in life. With Room 237, it wasn't just a documentary for Kubrick enthusiasts to spout their conspiracy theories about, it was also the grounds for delving into the minds of people that had steeped themselves in one horror movie for decades. Now with The Nightmare, Ascher seems to be taking that narrative thread a step further into the real world. Here is a phenomenon that plagues people on a nightly basis and has inspired films on its own like A Nightmare on Elm Street and Insidious. These films are even touched on in the documentary to remind the viewer that this phenomenon has been around longer than the boogeymen depicted on screen. The ending of the documentary gives each plagued by the paralysis a chance to give their means of escape from the life long horror. It's a chilling and honest look at something that the medical world recoils from. Overall Ascher has tapped into a part of life that most will shun or hide in fear. That makes The Nightmare not only a subversive look at mental health, but a work of pure horror.

Every Other Day is Halloween