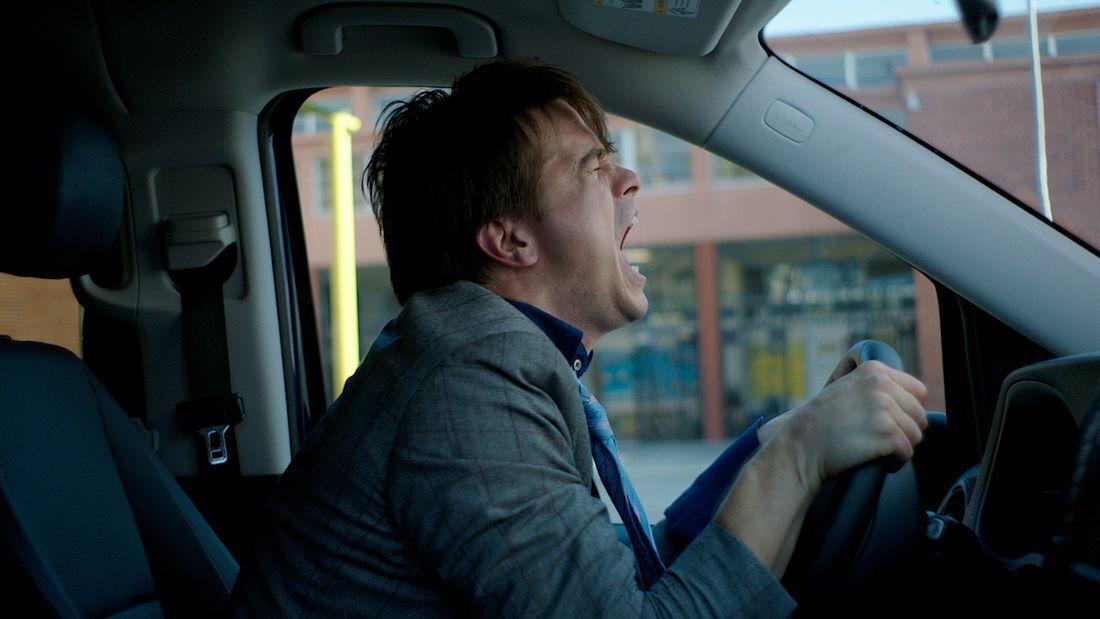 We've all been there; life starts to get tough, hubby's inattentive and unfaithful, kids are rambunctious and so, to compensate, we lose control of our mental faculties and begin to live life as a dog. It's a story as old as time. That's the world of Bitch; written, directed by and starring Marianna Palka.

This feel good tale of a family coming together through adversity begins with attempted suicide and transitions to a dirtbag husband performing oral sex on a female coworker--that's how you know it's a family movie. Such light hearted family shenanigans has to be accompanied by Disney afternoon special music while, Jason Ritter (the dad), screams "Bitch" at the top of his lungs with his young child sitting quietly in the back.

Bitch often hinges on Ritter's ability to transition from cheating dirtball to a man deserving of redemption. Palka's script doesn't quite reach that end goal, but it does dip into some tear jerking family woes that really grounds an otherwise bizarre tale of mental illness and its effect on family.

Jokes aside, in spite of the offensively suggestive title, Bitch has some deep moments of profound family drama. Tonally shifting between dark pulpy comedy, psychological horror and drama ensures that Palka's latest is at least one of the most unique movies in recent memory.