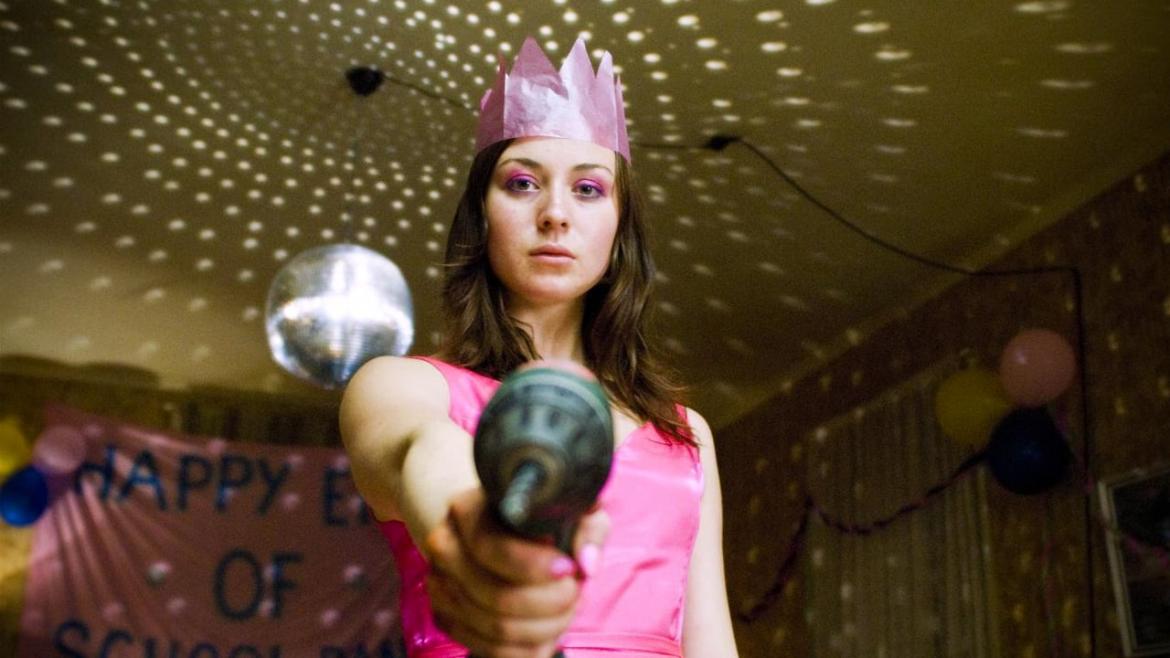 The Loved Ones (Movie Review)

The angst and elation of maturity are the heartbeats of mainstream cinema’s adolescence. Through several decades of teen comedies and horror films there is the consistent playing out of maturation through sexuality, violence (graphic or not), and familial independence. Often genres such as comedy and horror are in themselves perceived as “adolescent” in their form and content. So it is unsurprising—if not appropriate—that such films often find teenagers as their core characters. Indeed, many of these films are primarily about providing a certain kind of cathartic experience founded upon the definitive states of violent expulsion and sexual release within its audience. I’m being a tad hyperbolic of course. There are always exceptions to the “rules.” But it is apparent that the majority of Western films since the late 1950s dealing with teenagers take the principles of bodily engagement and mastery as their primary focus.

Writer/director Sean Byrne’s “The Loved Ones” is a film that seeks to explore these transcendental experiences of maturation for the adolescent subject. More specifically, Byrne’s film is a genre study that explores the ways teen comedy and horror work to help their audiences exorcise seemingly irreconcilable parent-teen dilemmas. Byrne has crafted a smart, engaging, gross, funny, and insightful bit of reflective filmmaking while avoiding the usual traps of projecting self-importance.

“The Loved Ones” opens with the sounds of a static filled radio that eventually lands on a classic rock golden oldie. We watch as Brent (Xavier Samuel), our main protagonist drives a car with his father in the passenger seat. Suddenly a mysterious, blood-soaked figure with a heart carved in its chest appears in the road, causing Brent to swerve into a nearby tree resulting in his father’s death. Cut six months later to the evening of an end of school dance where Brent has grown much more sullen and taken to self-medicating with cutting and pot. Brent’s girlfriend Holly (Victoria Thaine) grows anxious of his emotional detachment yet still proclaims her love for him. Meanwhile, Brent’s best friend Jamie (Richard Wilson) pursues the equally sullen and mysterious Mia (Jessica McNamee). But things are about to get rather…challenging for Brent. After turning down the advancements of fellow student Lola (Robin McLeavy), Brent is abducted by her father (John Brumpton). Tied to a chair and tortured, it appears things are only about to get worse for poor-ole Brent as Holly and his mother (Suzi Dougherty) desperately search for him.

The general set-up seems a bit too similar to some well-worn material. Lola, briefly coded as a withdrawn, though nice-enough loner, becomes part Annie Wilkes, Alex Forrest, and Samantha Baker. The torture and high school set-up have drawn comparisons to “Sixteen Candles”, “The Texas Chainsaw Massacre”, and numerous other films falling under the most annoyingly resilient and useless of critical buzzwords, “torture-porn.” But where “The Loved Ones” finds a savory, rich, and unique identity is in the films handling of the teen-adult dynamics. While the film revels in its fair share of gross, visceral extremes, it becomes apparent that Byrne is just as interested in juxtaposing presumed adolescent life landmarks in a way that showcases the simultaneous elation and sorrow of unfettered emotional response sans the guidance (or misguidance) of their parents. Throughout the film, Byrne strategically cuts back and forth to the Jaime/Mia/Authority experience at the dance and the Brent/Holly/Lola/Daddy storyline at Lola’s home in ways which highlight the various similarities. The film is so tightly balanced tonally that the elation and terror we feel begin to blend together in some rather surreally uncomfortable and provocative ways. The film is able to walk that threadbare line between derivative and exploratory with an apparent effortless intelligence seldom seen in film, not just horror.

This isn’t to say “The Loved Ones” is too heady for its own good. Indeed, the filmmakers and actors bring a layer of commitment and honesty that some how manages to both pull us in and allow us to recognize the commentary at play. This is of course assisted by the film’s refreshingly controlled and precise editing, aural, and visual aesthetic presentation. We are not assaulted by faux aged film, jerking movements, or forced color palettes. Presumed emotion is never forced upon us. The guttural reaction we get from cinematographer Simon Chapman's locked down camera-work does not so much seek to revel in the actions depicted but insists on developing the narrative in the torturous acts and dance sequences we see; each narrative thread commenting on and complimenting one another.

I unabashedly love this film. I haven’t experienced a piece of horror that I immediately wanted to revisit in a long time. “The Loved Ones” is a surprisingly nuanced film that keenly examines the emotional relationships between parents and their adolescents while also tapping into some diverse genre material. It is a smart, well-crafted genre exploration with more than its fair share of laughs and cringe worthy/stomach churning moments, intelligently balancing commentary and admiration.

My Son, My Son, What Have Ye Done