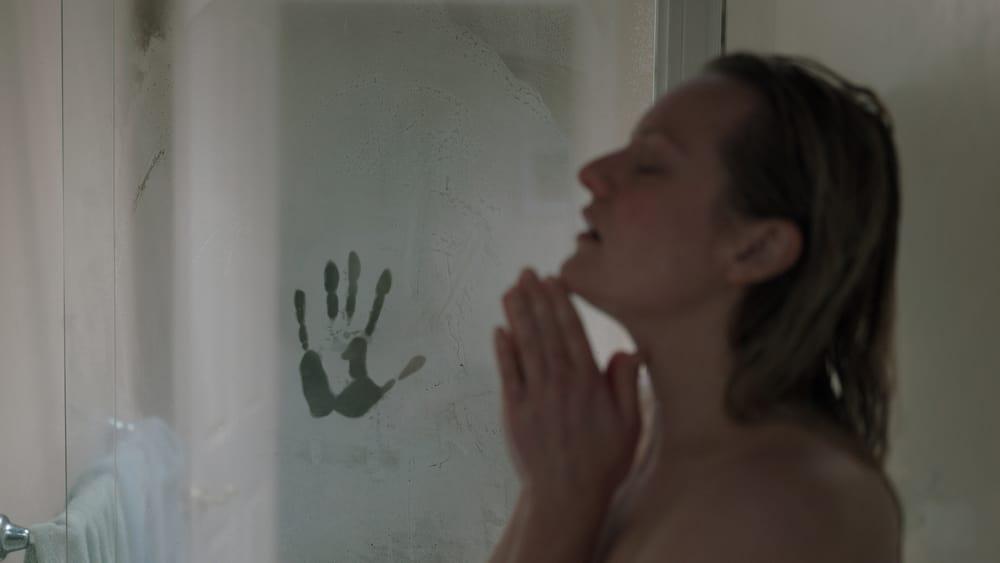 This version of The Invisible Man, a loose remake of the 1933 original, is Blumhouse's attempt to step into the vacuum left by "The Dark Universe", Hollywood's previous failed attempt at reviving some of the most iconic monsters in movie history.  Genre staple Leigh Whannell (Upgrade, Insidious Chapter 3) helms this time around, and much like his previous film, Upgrade, this effort shows he's more than up to the task. In this reboot, he proves adept at presenting big ideas with an intimate feel that’s timely, tense and soaked in palpable dread.

With the Paranormal Activity franchise, Blumhouse taught audiences to scan the scene for anything out of place... to search for where the next scare is coming from. An exercise that, while simple, brings its own form of enjoyment when the trick is finally revealed. These are skills that come in handy throughout The Invisible Man, which begins with Cecilia (Elisabeth Moss) as she breathlessly escapes the home she shares with her abusive significant other, Adrian (Oliver Jackson-Cohen). It's a scene that clearly sets up what Adrian is capable of, and the types of trauma Cecilia has endured at his hands. Two weeks later, while in hiding, Cecelia receives word that Adrian has committed suicide and left her a significant sum of money. It isn't long before, though a series of strange events, Cecilia comes to the conclusion that Adrian has not only faked his death but has found a way to make himself invisible. Now she has to find a way to prove it before Adrian’s vengeance wipes away her sanity and her freedom.

The amount of dread the opening scene blankets over the rest of the film can not be overstated. We know nothing about Adrian and have not seen him explicitly do anything to Cecelia at this point, but her performance itself conveys to the audience all the information we need, all without an intrusive info-dump. We then see ample evidence that Adrian is quick to anger and violence, as he punches through a window while screaming at Cecilia to get out of the car. As we delve deeper into her quest to prove that an invisible Adrian is taunting her, his violent nature becomes the film's main source of fear and tension. Since Adrian is invisible, the audience is left to scan the scene wondering where he could be and what he’s going to do next—in this way the film plays out much like a ghost story would.

The Invisible Man’s themes play heavily when viewed through our current cultural climate. What we see is an abused woman trying desperately to escape a toxic relationship, and by doing so, how the burden of proof of her torment is placed squarely on her shoulders. For the first half of the film the audience itself is left to question what is real. We know by that point what Adrian capable of, but things are presented in such a way that we have to question if some of this is in Cecilia's head.

There are an abundance of nitpicks that arise as the film speeds toward the climax, but by that point the tension has begun to hit its peak, so they become easy to brush aside. Besides, it might be hard to care too much about some of the smaller details when Elisabeth Moss is putting in some the best work of her career. She transforms into a total powerhouse of vulnerability, emotion and strength as her character's put through the physical and psychological ringer. Whannell, for his part, doesn’t let up for a second—from the first frame through the final shot, the film continuously tightens like a vice grip around the audience. There are a few moments of relief that pop up immediately after the mostly predicable jump scares, but the dreadful tone never eases. Once you relax after a scare you’ll quickly find yourself slowly tightening your grip to prepare for the next, which is aided by the eerie yet pulse pounding score from Benjamin Wallfisch.

The Invisible Man bears little to no resemblance to its 1933 counterpart, but updates the concept in a clever and timely fashion. Anchored by a standout performance from Elisabeth Moss and assured direction from Leigh Whannell, this is an exceptionally worthy update to a classic “monster”, and further proof that Whannell is a force to be reckoned with in the genre.