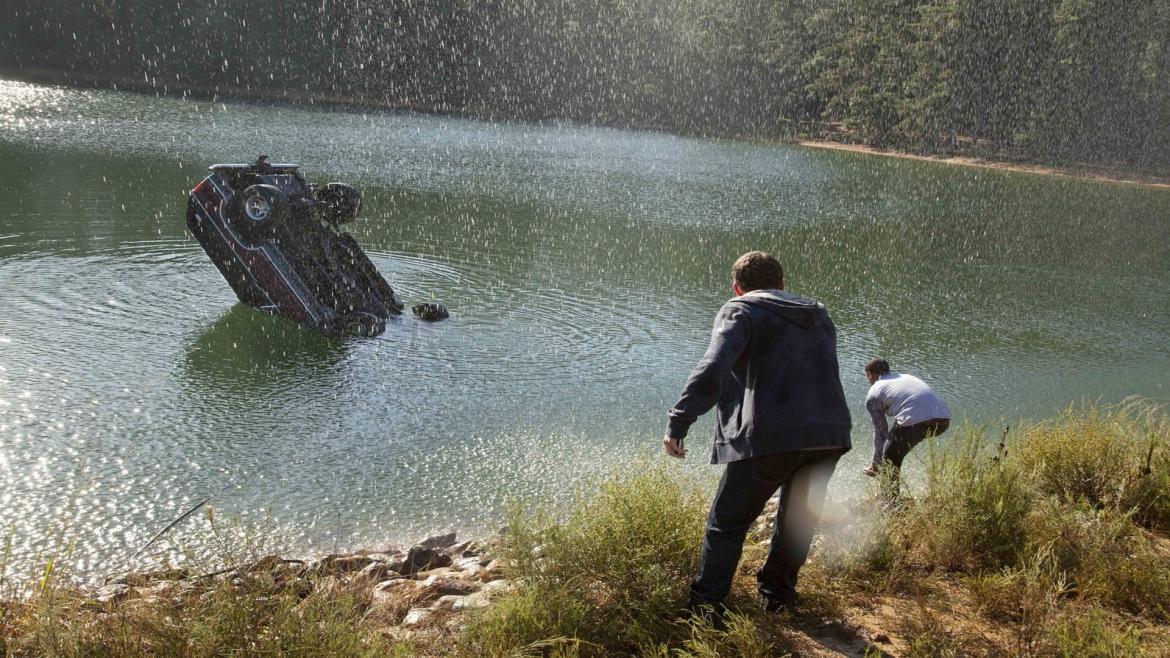 The origin stories of superheroes and supervillains are unexpectedly similar. A hero’s journey beginning with absent, murdered, or abusive parents or caregivers, the discovery of special abilities, and then a series of tests of character. Will the hero come down on the side of good or evil? Chronicle plays with these possibilities with surprising thoughtfulness, giving us a complicated protagonist we want to root for even as his hardships seriously test his sympathies (and sometimes our own) for the rest of the human race.

But don’t get me wrong, Chronicle is no grim moral fable. When Andrew, his cousin Matt, and their classmate Steve (Michael B. Jordan) discover...something...in the woods that gives them incredible telekinetic powers, their reactions are refreshingly realistic and goofy. Armed with Andrew’s camera (Chronicle is all found footage), they film themselves controlling baseballs and Legos with their minds, pranking strangers by moving their parked cars across empty parking lots, and, in an amazing sequence, playing football among the clouds. The result is something like Jackass with likeable teenage superheroes, and it’s infectious fun.

Meanwhile, Andrew is struggling with a mother dying of cancer and an out-of-work, abusive alcoholic father (House of Cards’ Michael Kelly). He’s been persistently bullied, and struggles to comprehend his new friendships with the more popular Matt and Steve, who never preferred his company before their discovery. Since they keep their abilities mostly hidden away, Andrew’s social status at school doesn’t change much (a subplot about a talent show is an exception that proves the rule), and he does what any geek with power would be tempted to do: get revenge.

It’s details like this that make the characters of Chronicle ring so true: instead of following tried-and-true convention, director Josh Trank digs deep into Andrew’s motivations to ask how a normal, longsuffering highschooler would react when he’s given a chance to explore a world of new possibility, but also to pay back the people who have done him serious harm. He’s prone to joy, and to relatable rage, but for much of his story the choice between one fate or another is always in his reach.

Chronicle tests new waters in the possibilities of “found footage” storytelling and man, can it get a little cheat-y. Purists may be put off by details like a supporting character whose never-explained video blog grants Trank the ability to film scenes without Andrew, or Andrew’s tendency to film himself by telekinetically hovering his camera around his head like a steadicam. The finale--picture Carrie in downtown Seattle--really pushes the limit in that respect, but it’s also a tremendous accomplishment of special effects with loads of clever touches.

It’s almost impossible to imagine a great superhero movie without an epic sense of scope (and production values to match); it’s built in to the genre. But Chronicle, with its indie aesthetic and moderate budget, makes a pretty good case for itself. It’s sort of silly, consistently surprising, and a welcome addition to a style of film that could use some diversity.