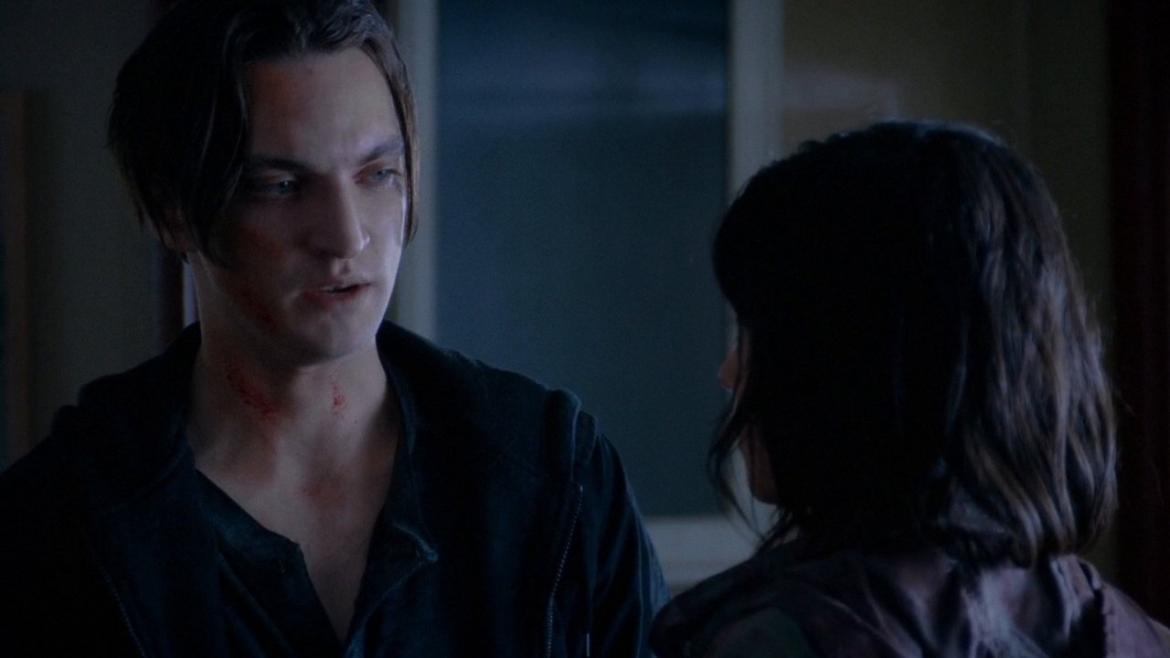 “So bad it’s good” is a review cliche that needs to go. If it isn’t being misapplied to things that just plain suck, then it’s hurled at legitimately good movies by reviewers who don’t have the spine to say so. But as long as it’s here, let’s use it where it’s truly appropriate: 2015’s The Hollow is an objectively horrendous nightmare and holy crap you have to watch it, you have to watch it right now.

The Hollow stakes its territory plainly and early, with an Evil Dead homage so blatant it’s more of a straight up plot-point-transfusion, all against the backdrop of a grey, provincial island community facing the storm of the century that feels like it was cribbed from an unwritten Stephen King novel. In a cold open, a woman is seen being murdered by a woody-vine monster on her way home from the grocery store; later that day, her bickering, exposition-spewing nieces Sarah, Marley and Emma (Stephanie Hunt, Sarah Dugdale, and Alisha Newton) make their way to her house, confused by the behavior of the anxious locals, and realize that whatever came for their aunt could be coming for any of them next.

The most all-encompassing complaint I can make about the magical mess that is The Hollow is that it perpetually uses horror movie conventions with no awareness at all about how and why these conventions are meant to work. Sarah and Marley gripe like reality stars for no reason but establishing flimsy drama. They trip over nothing only to build anxiety. A characteristic tactic is cutting madly between a series of tight close ups when they argue, only to pan out at a key moment to reveal that Emma has gone missing and neither of them noticed, even when they are in the middle of an empty street (this happens more than once).

The Hollow repeatedly confuses what the audience knows and the characters don’t; what the characters see that the audience can’t. In another scene, we're treated to a jump scare when Marley answers the door and discovers a blood spattered, possibly dangerous woman. There's a beat--and then we realize she’s a victim Sarah is ushering in from the storm. In no way does it make sense for Sarah to send a gravely injured woman alone into a house full of strangers, but in the logic of The Hollow “seeing the scary woman first is scary” is the only sense you need. It’s so wrapped up in its bag of beginner’s tricks that the story itself slips and stumbles in every direction, and the results are often hysterically bad.

Terrible horror movies are abundant, but there's something extra-special about one that shoots many of its "storm of the century" scenes on what is clearly a sunny day. I make no promises, and I give the filmmakers not an iota of credit--except for the monster, which is actually kind of awesome. But I was laughing and clapping in delight for nearly the full runtime of this stupid, beautiful garbage movie. Maybe you will too.