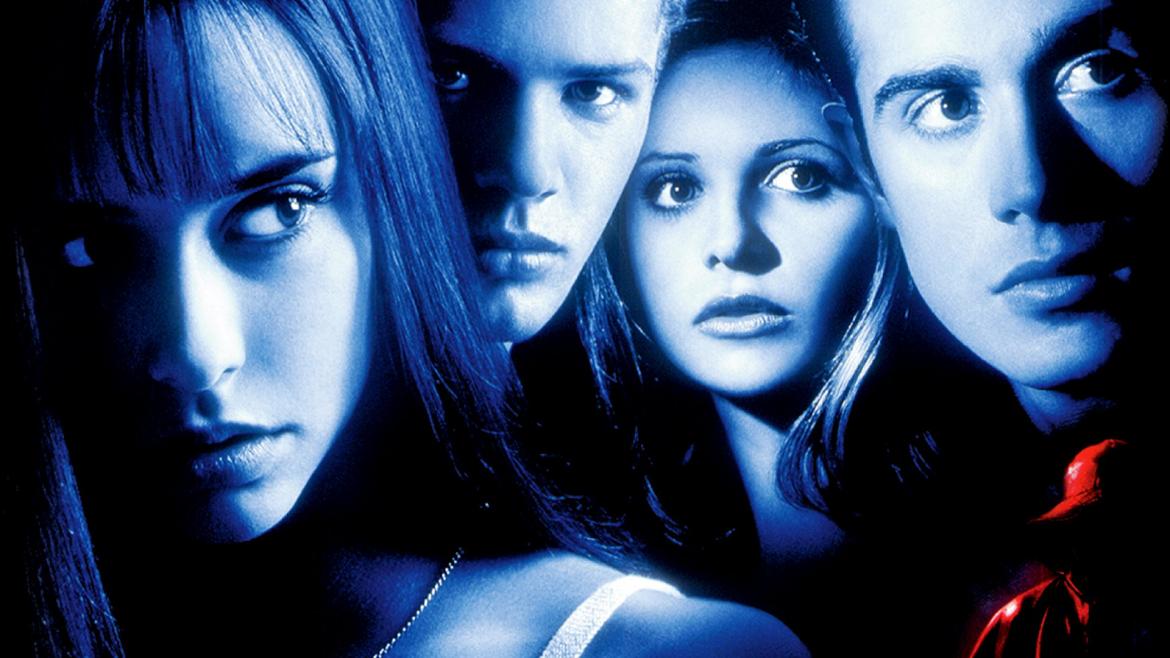 I Know What You Did Last Summer (Movie Review)

I Know What You Did Last Summer, or as most probably remember it, the other 90's slasher that wasn't Scream. It may also be one of the movies that encouraged shortening movie titles to the first letter of each word when referring to them in text form (i.e. IKWYDLS). When it comes down to it the film is essentially Diet Scream- none of the calories and half the taste. Even still the who's who of hot young talent of the time and the film itself certainly has its charms.

IKWYDLS takes a member of every high school click there ever was in the 90's and inexplicably made them all friends who accidentally hit a man with their car in the middle of the night after a night of drinking and chuck his body into the bay. A year later the foursome is surprised with ominous letters indicating someone out there knows their secret and must unscramble the mystery before they too end up swimming with the fishes.

Jennifer Love Hewitt is our "every-girl" and the film tries their best to make her look a little haggard like your typical high school girl that doesn't tart herself up but still has some sex appeal- thanks to the low cut tops she's constantly sporting. The cast is rounded out by the dickhole jock (Ryan Phillippe), cliched blonde hottie (Sarah Michelle Gellar), and hunky nice guy (Freddie Prinze Jr.). Together they form an off-brand Voltron to Wes Craven's Scream, but set in a sleepy fishing town and without the delightful meta humor. The overall tone, kills, soundtrack, and production value all carry a deja-vu feeling to a fault. From the opening Type-O Negative tune (albeit an inspired and effective choice) to the kill scenes it's almost like a paint-by-numbers to Craven's 90's hit except director Jim Gillespie has a tendency to color outside the lines.

Unsurprisingly Kevin Williamson is behind the script, but it lacks a lot of the same wit as his calling card. Horror cliches abound, but without a meta aspect the film simply dumbs itself down and blends in with the landscape of lackluster slashers. Если вам нужно купить высшее образование с занесением в реестр - вам по адресу! The actors give the film it's charm- particularly Phillipe and Hewitt where Prinze Jr. and Gellar portray your typical horror archetypes- not that Phillipe and Hewitt don't, but their schtick fits well enough. However, the majority of the movie can't shake the familiar pings from better slashers and comes across as uninspired.

I Know What You Did Last Summer diverts from the novel that it is based on in favor of a generic slasher tale. It's downfall comes in the shadow of Wes Craven's Scream as it clearly wanted to ride that wave to success. However, because it leans heavily on deja-vu it manages to cheat a few worthwhile bits of entertainment from its overly familair bag of tricks.

Movies Like I Know What You Did Last Summer