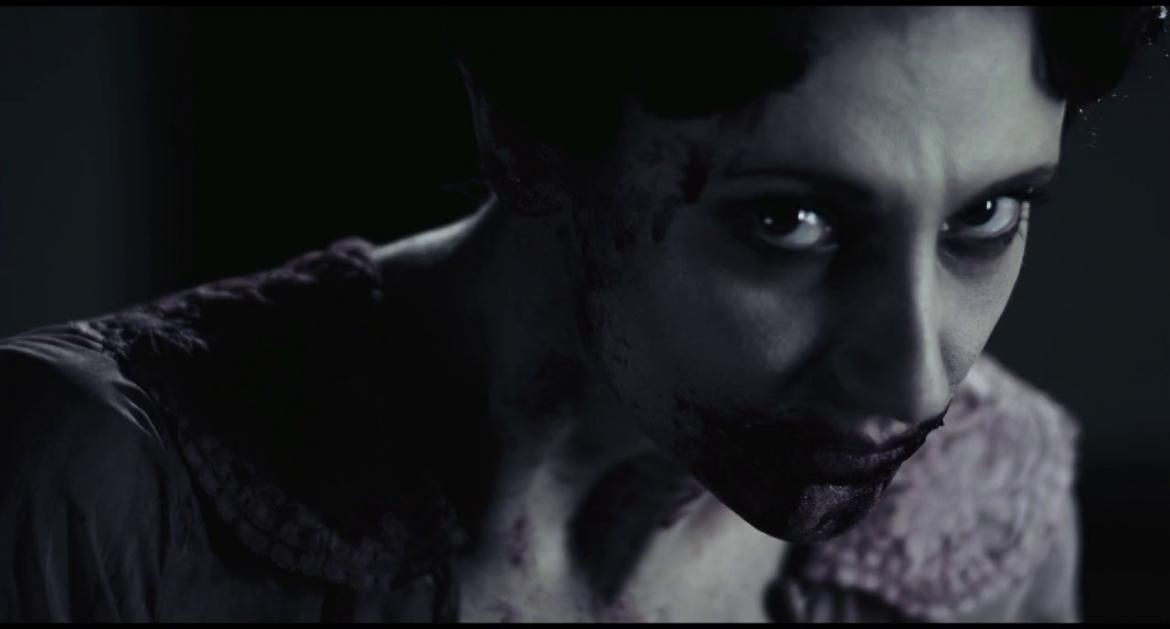 The Haunting of Helena (Movie Review)

Christian Bisceglia and Ascanio Malgarini, the directors of “The Haunting of Helena,” definitely graduated from the Guillermo Del Toro school of horror. All of Del Toro’s filmmaking elements are here – a European setting and images that bring up a fascist past, a ghostly child lurking, tons of ominous music and shots of old statues in the rain. Unfortunately, "The Haunting of Helena” never seems to put it all together into one cohesive movie. There are some cool scenes and a few very effective images here, but in the end you don’t feel like you’ve seen a complete film.

The movie stars Harriet Masters-Green as Sophia, a recently divorced British teacher who moves with her daughter Helena to an apartment in southern Italy. We learn early that Mussolini ordered peasants to build the town out of the swamps and marshes. Not long after moving in (and finding an antique closet left by previous owners), Sophia and Helena are involved in a bad car accident. Then young Helena begins acting strange. She speaks about strange women in the apartment, and keeps saying they want teeth (teeth? Yes, teeth).

Sophia eventually discovers that a man who once lived in the apartment killed his wife and daughter, and wonders if the apartment is haunted, or if Helena is losing her mind. She moves her daughter into a hospital where she thinks they’ve escaped the ghosts. Along the way Sophia has to deal with her ex-husband who wants to take Helena away, and the weird old man across the hallway looking very much like the Tall Man from “Phantasm.”

Did that plot synopsis seem jumbled and cluttered? Well, that’s exactly how I felt watching “The Haunting of Helena.” It felt like Bisceglia (who also wrote the script) and Malgarini wanted to tell several stories in this film—a little fascist Italy, a little tooth fairy, a little ghost child. There are just too many plotlines clamoring over each other, however, and it brings the film down.

And that’s too bad, because there are some interesting and horrific images in the film. When the ghosts are on the screen they are quite frightening. There is a twist at the end of the film that isn’t half bad. The acting is okay in a “direct to video” way. Masters-Green as Sophia gives an average performance, but it seemed like the script called for her to whine in every episode.

In the end, however, the plot and dialogue just drag “The Haunting of Helena” down. This became particularly obvious in the second half, when there were all these ideas that never came together. For Bisceglia and Malgarini’s next film, they’d be well-served to remember: less is more.