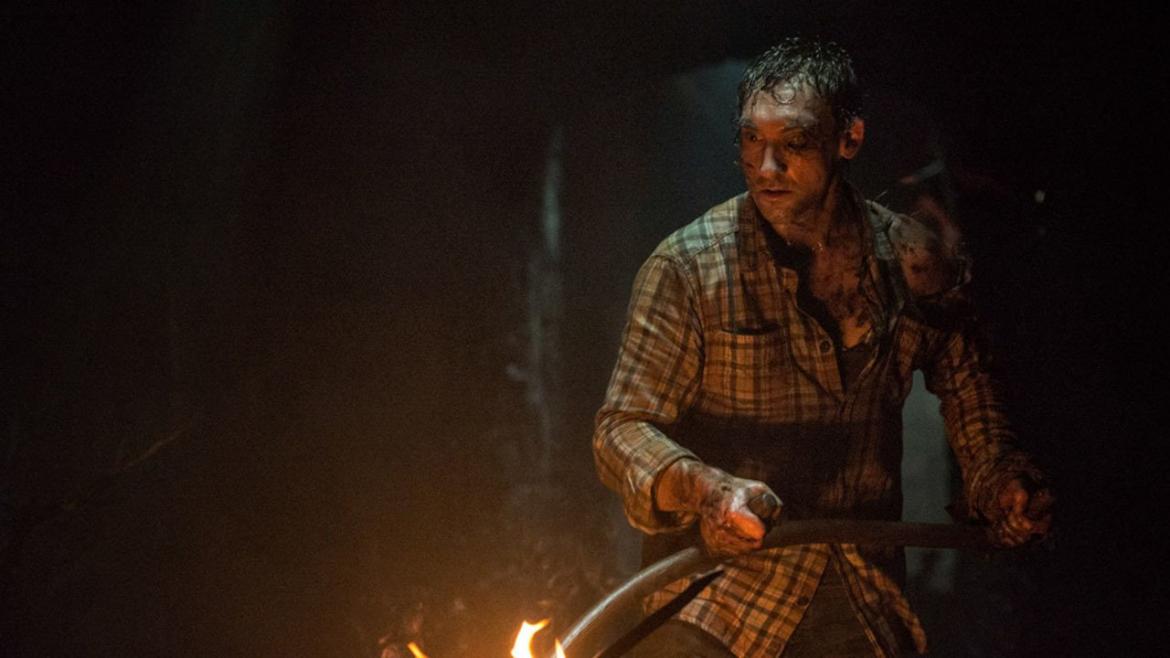 When a movie makes festival rounds, ignites a rabid bidding war, and the director becomes a hot commodity that is tapped to direct a remake of a cult hit, it's hard not to go into said film without expectations. Early buzz surrounding Corin Hardy's The Hallow seemed to suggest that the filmmaker's music video background and artistic sensibility transferred well into the horror genre. Indeed, the director's visual style is his mightiest sword, but there's a lack of originality that tends to drag Hardy's debut film down just short of masterpiece stature.

British conservationist Adam (Joseph Mawie) finds his presence in the woods near a small Irish town unwelcome. The locals believe that a dark presence known as the Hallow owns the woods and that Adam, along with his wife and infant son, are trespassing in the Hallow's territory. Determined not be swayed by what seem to be fairy tales Adam goes about his work. Before long though, strange things begin to happen and it becomes evident that there is something lurking in the woods with their eyes set on Adam's baby boy.

At its heart, The Hallow has the beat of a creature feature, but its outer shell resembles Sam Raimi's Evil Dead. Hardy's flick looks and feels like a dark fairy tale with a mythology to match, but all the story beats- despite having emotional resonance- sometimes bare the been-there-done-that stamp. Shockingly though, Hardy steps up like a seasoned maestro conducting the slow burning chaos with a confident and patient hand. In spite of its familiarity the deep dark roots of Hardy's script maintain a tenacity that is uncommon first time directors.

By relying on and committing to the slow burn of its spooky premise maximizes the crescendo of tension. As that tension reaches the boiling point the final act is an onslaught of horror that shoves the audience to the edge of the seat. Any grudge you may hold for truly original ideas will likely be forgiven when the family finally is under siege in their home by hideous creatures lurking in every shadowy corner. Hardy has clearly learned from the best that less is more when it comes to true horror and showing too much of your creature(s), though he lingers a little too much at times in the finale.

Corin Hardy aims high in his debut and though he falls just short of that sweet spot, he has accomplished something great with The Hallow. The director trudges through previously laid footprints of other directors, but he does it with style, determination, and a flaming freakin' scythe. The Hallow's dark fairy tale is a familiar yet refreshing jolt of creature feature thrills.