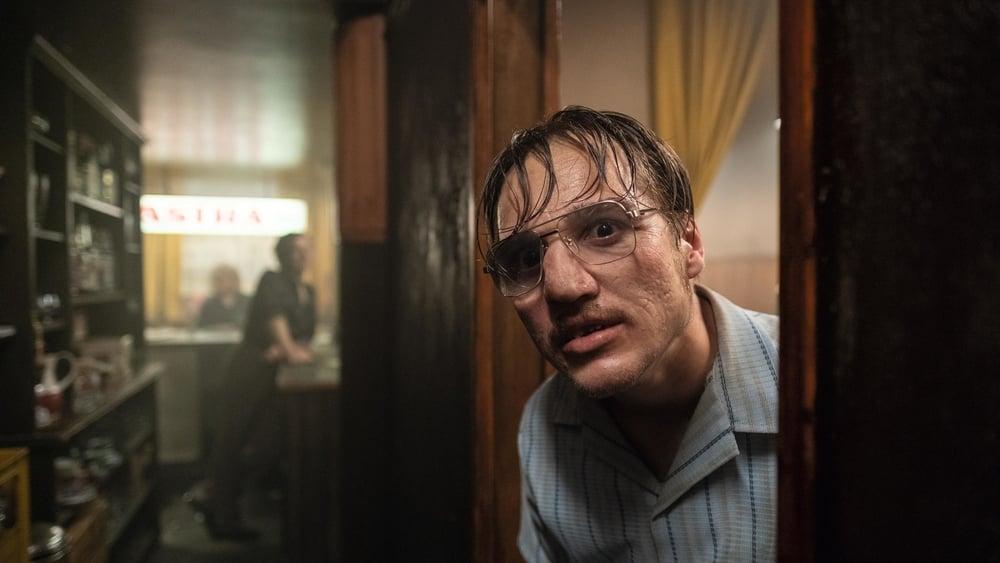 Reality is stranger than fiction and the monsters that lurk in the dark corners of everyday life are scarier than those special effects creatures immortalized on the screen. And yet, the cinematic portrayal of real life monsters, while a more unpleasant subject when compared to that of fictional ghosts and demons, makes for compelling villains. Fritz Honka joins the likes of notable killers with movies dedicated to their dastardly deeds. and believe you me, dastardly Honka's deeds most certainly are.

The Golden Glove is an adaptation of Heinz Strunk's novel. The title is in reference to a bar in the red light district of Hamburg where Honka met his victims. Director/writer Fatih Akin choses to not dwell or even dig into potential outside influences that may have led to Honka's deplorable behavior. Instead, the film focuses entirely on the time between 1970 and 1975 in which Honka's crimes took place, chronicling the habitual alcoholism of his life as he prowls the interior of the bar offering to buy a drink for any female customers. Honka would then take the women home for his pleasure and often to be verbally berated, beaten and some viciously murdered and dismembered in his drunken rage.

The unpleasantness of The Golden Glove isn't just the violence against women-shocking and abhorrent as it is-it's also the emotional and mental abuse combined with an overall tone of despair and anger boiling beneath the surface at every turn. Akin does a masterful job of staging and recreating the rancid conditions of Honka's attic dwelling, placing the audience uncomfortably close to the vile happenings and booze driven behavior.  Akin does let the camera live in the violent moments, often leaving the graphic details just off screen while the sound design runs wild letting the audience fill in the images of what's happening. It's a choice that's simultaneously a relief and yet a curse to those with vivid imaginations. With every detail of the movie so thoughtfully constructed its not hard to allow one's brain to expand the images and truly dive into the depths of the depravity on display.

As the film does not dig deep into Honka's life beyond the murders (save only for off handed comments), it begs the question of what you're supposed to take away from something so unflinchingly disgusting. Perhaps Akin has an answer, but it's hard to pluck out over the course of The Golden Glove's nearly two hour runtime. The portrait we get is of a man who is clearly angry about his station in life and takes his frustrations out on women. The psychological profile I'm sure is a deep well of which can be studied and mused over, but as a character study there's plenty of context left unexplored and thus the violence and torment on screen feels consequently hollow.

The Golden Glove reeks of rotting flesh, putrid body odor, and Schnapps--not unlike the regular patrons of a decrepit local dive bar in backwoods anywhere, USA. The film is exceptionally well made and yet it's an experience that's profoundly unpleasant to watch. The Golden Glove enters the pantheon of cinema that no one with a clear conscience can recommend and one that only those with hardened nerves and stomachs can endure without questioning why they didn't just turn on Disney+ instead.