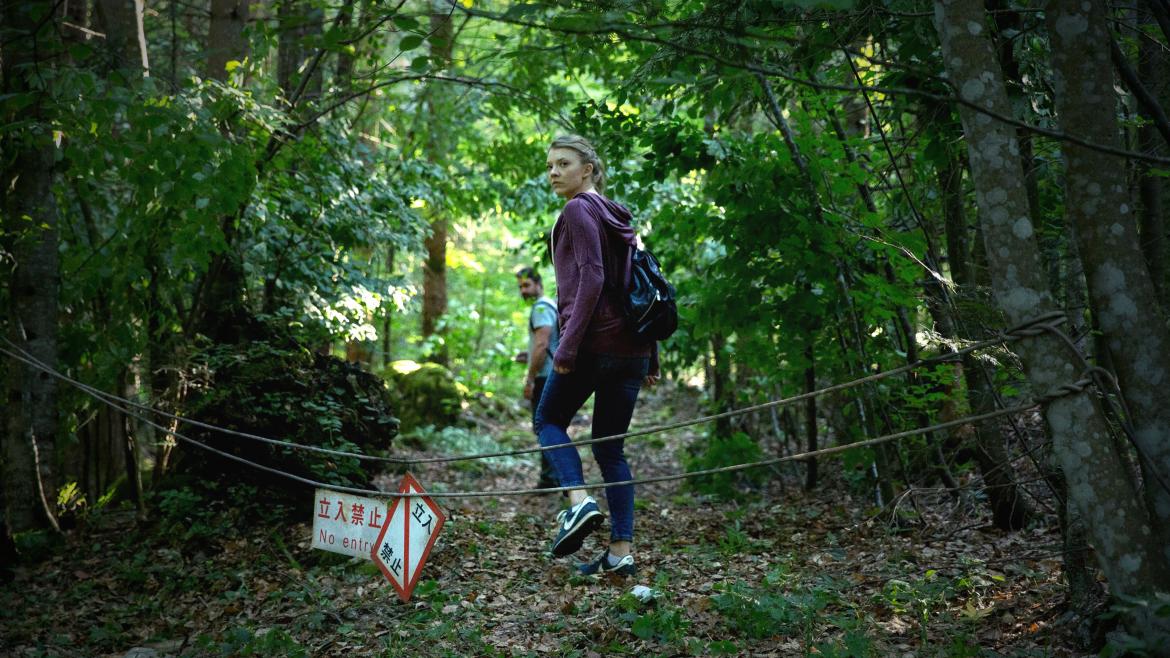 The Forest has the distinction of being the first widespread horror release of 2016, and while it doesn’t start the new year off with a bang, it doesn’t land with a complete thud either. The movie is a throwback of sorts, all the way back to the early-to-mid 2000s, when Asian-inspired horror flicks about spirits on a mission were all the rage.

Natalie Dormer stars as Sara, an American who travels to Japan in search of her twin sister, Jess (also Natalie Dormer). The consensus is Jess, a tortured soul who moved to Japan for a fresh start, has ended her life in the Aokigahara Forest, also known as the suicide forest. Sara refuses to believe her sister is dead, and eventually she finds two people willing to help her investigate. There’s Aiden, a possibly shady ex-pat journalist (Taylor Kinney) doing a story on the forest, and Michi, a local man (Yukiyoshi Ozawa) who patrols the area to prevent suicides or, if necessary, recover bodies.

When the script (from writers Nick Antosca, Sarah Cornwell, and Ben Ketai ) is at its best, it blends sad truths about Aokigahara Forest with bits of fun narrative trickery. The spirits of Aokigahara hone in on Sara’s fears over her sister’s fate and steadily pick apart her concept of reality. They feed her lies and half-truths and the movie leaves it to the viewer to decide what was real. It’s a wise choice to allow some mystery to remain.

Sara’s line about picking trails at random feeds into one of the movie’s favorite methods of plot progression: twin powers. Sara’s twin powers tell her Jess is still alive and, when she uses them for navigation, they put her hot on her sister’s heels. The movie’s other love? Sheer coincidence. Characters become separated only to immediately find each other. They find important objects and shelters with ease. These shortcuts kill any tension that could be derived from the idea of getting lost in haunted woods. In fact, The Forest doesn’t seem interested in building tension at all. What it is interested in is jump scares. Especially (and oddly) those involving the elderly. These are all highly telegraphed and offer few actual jumps.

First time director Jason Zada nails a handful of striking visuals, including one spooky specter featured prominently in the marketing. Also, the lines of tape left behind by those who’ve chosen to end their lives (to guide others to their bodies), while based in truth, isn’t an easy sight to shake.

As for the acting, Natalie Dormer proves a capable lead. It may be overstating it to say she plays “dual roles” since she plays Sara and Sara alone for most of the movie. However, she handles the mind games well and her likeability keeps the movie from getting entombed in its own plot holes. The only other actor given anything to do is Taylor Kinney, who excels at masking the true nature of his character.

The Forest has an eerie premise and it hits some right notes here and there. However, whatever good the screenwriters manage is ultimately undone by corner-cutting and a failure to provide any scares of merit. Proficient performances and direction aren’t enough to help The Forest overcome these failings and deliver on its promise.