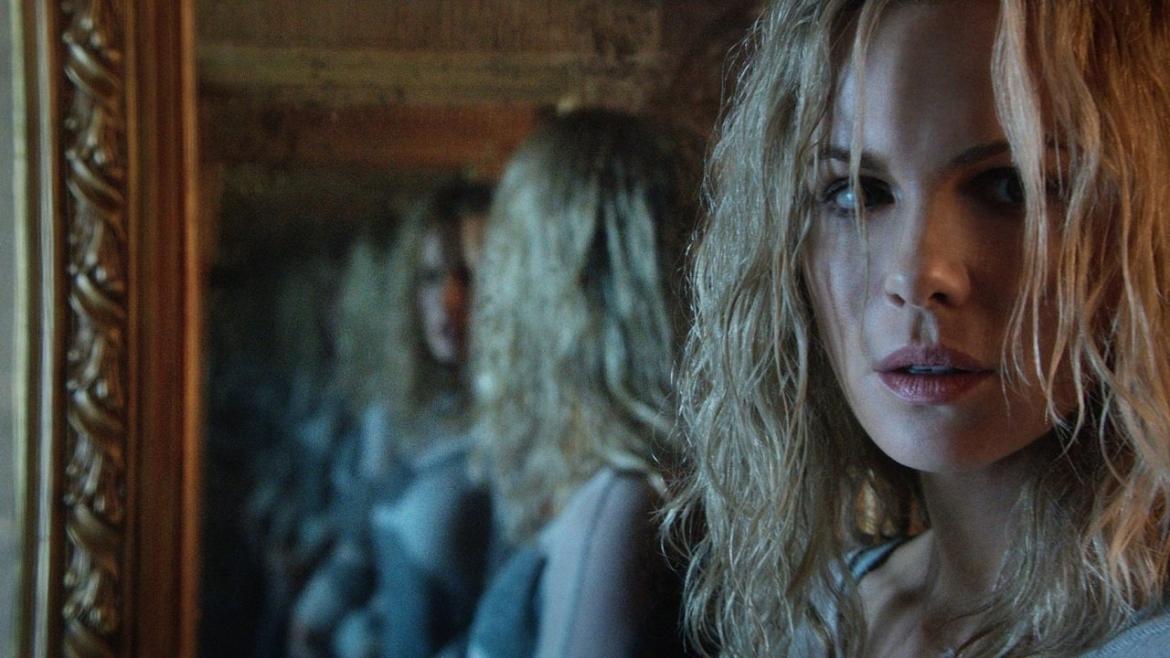 If you’re a horror fan, then The Disappointments Room probably isn’t for you. If you’re a copywriter, then you probably already recognize it as a gold mine. As a combo spooky-house flick and psychological thriller, it’s neither spooky nor thrilling. That title, though. It’s a ready-made critique on the film’s quality – or lack thereof – and it gives rise to endless variants on the theme of “this movie is so bad it turns whatever room you’re watching it in into a disappointing room.”

While the title may be to poke fun at, the concept that inspired it is a real downer. We learn via middle-of-the-game info-dump that it refers to a secret room where “noble” families hid away children they deemed disappointments, usually due to a disability or deformity. One such room is hidden in the attic of the country mansion our protagonists Dana (Kate Beckinsale), her husband and their young son move into to escape a family tragedy. The nature of this tragedy is revealed slowly, and, when combined with the strange activity seemingly emanating from the room upstairs, it gives rise to the familiar question of: Are the ghosts in Dana’s head or are they the real deal?

That feeling of familiarity is a constant one in The Disappointments Room. Little of the movie feels fresh or new as it borrows plot devices liberally from other, better films in its paranormal subgenre. Some of this – e.g., the short, high-voiced archivist who knows the history of Dana’s house and name drops Poltergeist to boot – is clearly done with a wink. Other parts, like the hidden room, ghosts bearing messages, and grown-over backyard graves, feel strictly unimaginative.

Even though it clocks in at just over 70 minutes of actual movie time, The Disappointments Room seems stretched. Perhaps the most egregious example of this is Ben (Lucas Till), a handyman who shows up under the pretense of helping Dana fix up the house, but who mostly just sexually harasses her. You could excise him and the long, smoldering conversations he has with Dana and the movie’s plot wouldn’t be remotely affected. Although, doing so would slide the already-brief film closer to cinematic novella status.

Despite a few interesting set-ups – those two mirrors creepily facing each other at the bottom of the stairs – there’s not enough going on in The Disappointments Room, original or otherwise. It’s another movie where a vaguely likeable cast moves in to an old house, sanities are questioned, and mysteries are gradually unwound in exactly the ways we’ve all come to expect.