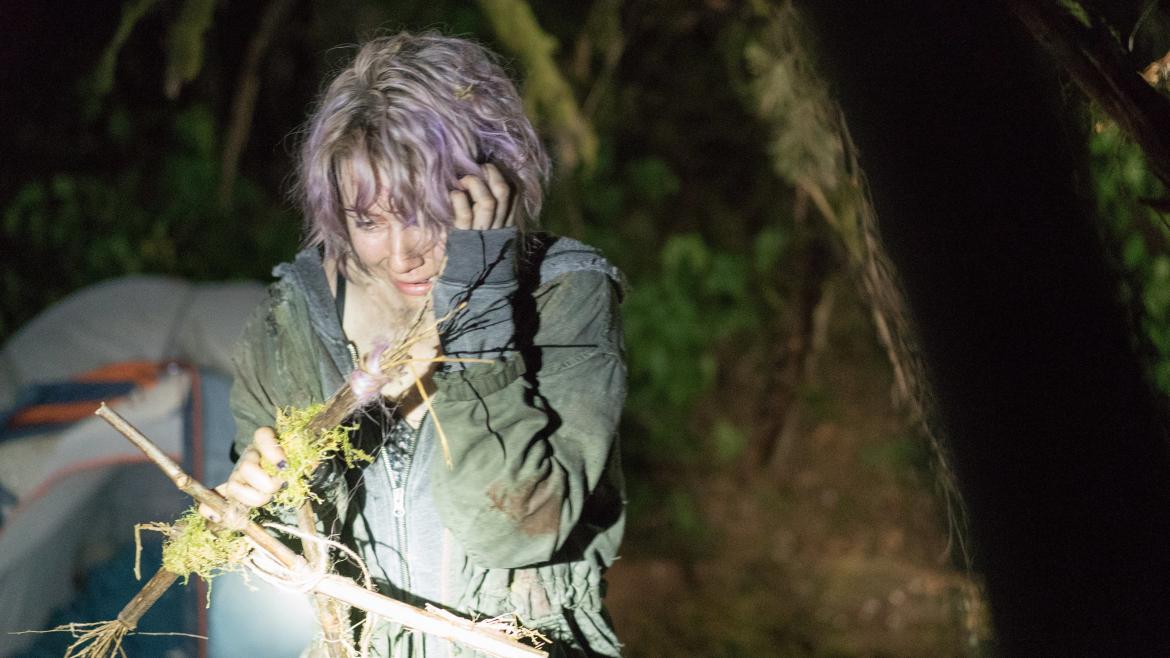 Your feelings on Blair Witch, director Adam Wingard’s sequel to 1999’s The Blair Witch Project, will likely be influenced by two forces: hype and nostalgia. Three if you count your susceptibility to motion sickness. When its connection to the late 90s cultural landmark was unveiled at this year’s ComicCon, the hype was high – particularly among fans of Wingard’s other work, e.g., You’re Next and The Guest. Hype cuts both ways and going into Blair Witch expecting a genre-changing horror masterpiece is a good way to walk out disappointed.

The ending of The Blair Witch Project left most scratching their heads and the initial sequel, 2000’s meta Book of Shadows: Blair Witch 2, provided no answers. The effort to clarify that ending and figure out what happened to Heather and the rest of her doomed film crew is central to Blair Witch. When Heather’s brother, James (James Allen McCune) sees a video clip online that he believes shows his sister alive in the woods where she disappeared, he plans to go after her. Joining him are the locals who posted the video (Wes Robinson and Valorie Curry), documentary filmmaker Lisa (Callie Hernandez) and moral support-providers Peter (Brandon Scott) and his girlfriend Ashley (Corbin Reid). Equipped with the latest gadgets, including drones and head-mounted, GPS-enabled cameras, the group heads into the woods, but modern technology is no match for old school witch-ology.

Hype helped The Blair Witch Project become one of the most financially successful independent movies ever made – and it also earned it plenty of audience backlash over its refusal to show its monster or provide answers. The same can’t be said for Wingard’s Blair Witch, which is based off a script by his frequent collaborator Simon Barrett. Blair Witch shows all kinds of stuff. It forgoes the inescapable, smothering mystery of the original for ear-piercing jump scares, skulking monsters, and a straightforward admission of “This is what’s up.”

The change of tactics is a shame, but it does give rise to a couple of exciting new additions. Chief among them is the witch’s ability to influence time and space, which harkens back to the mind-screwery of the sadly unloved Book of Shadows. The film also rolls in some squirmy body horror elements, an Evil Dead force monster, and a few entertaining character “fake-outs.”

These pieces may be interesting – particularly the time games. However, Blair Witch has little interest in paying them off, typically relegating them to “Wouldn’t it be cool/weird if …” status before rushing off to something else. A little more depth – or in some cases, any depth – would have been appreciated.

Blair Witch may end up the victim of the same hype train that harmed its forbearer in the eyes of some. While the scattershot nature of Blair Witch is unfortunate, as its reliance on cheap scare tactics, there’s a good time to be had.  The right expectations, a willingness to be absorbed by the nostalgia of it all, and a strong stomach should carry you to a fun, flawed experience.