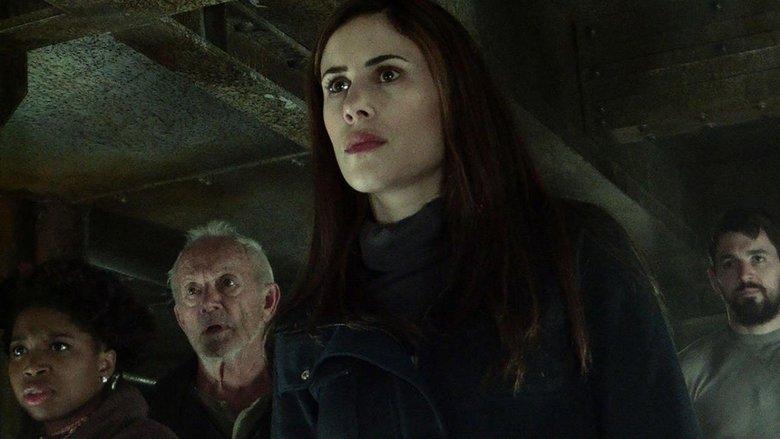 They say imitation is the sincerest form of flattery. However, when you lift whole cloth from a classic in the genre with disregard for the art of creating a coherent story or character arcs, the viewer is simply left feeling cheated. When it comes down to it, Harbinger Down is John Carpenter's The Thing without the wit, charisma or dizzying paranoia.

This film begins with a Russian spacecraft dripping with pink goo and crashing into the Arctic Circle. We then quickly move to a group of research assistants boarding a crabbing vessel in Alaska, following the migratory patterns of Beluga whales to study global warming. This film wastes no time ushering in cliché after cliché as we are presented with the obligatory introduction to the crew in the main cabin. Here we have all the recognizable beats with lackluster racial banter in tow. including The tough as nails woman (Milla Bjorn) threatening bodily harm to a sass mouthed mate, the snobby professor in Stephen (Matt Winston), the muscle in Big G (Winston James Francis), our main character Sadie (Camille Balsamo) as well as Lance Henrickson doing what he always does. Soon afterwards the sunken cosmonauts are discovered beneath the ocean and the ship is dredged up.

The pink goo turns out to be tardigrades (aka water bears, ultra-resilliant and super adorable microbes) who through the magic of space are transformed into shape-shifting, tentacle waving monsters. Some lame explanation about parasites liquefying their hosts is mentioned in passing and then dropped completely. The film also tells us that the space water bears are now able to move between liquid and solid states at will, want to eat us because science, and super strong. Believe me when I tell you, I've thought more about the plot while writing this than anyone involved did.

The whole purpose is to highlight the creature work, which admittedly is the best thing about it. All the effects are completely practical while although derivative, look great when they aren't hidden in the dark or obscured by the use of shaky cam. Some have propped this up as an example of the benefits of practical effects over CG, but if you're looking for a soldier in that fight this isn't it. If any such aspirations lay within the film makers they need to go back to the drawing board and work on characterization, tone and commitment to honest, relatable storytelling.

Harbinger Down had a lot of potential as a sci-fi creature feature, but without the storytelling foundation, there's just not much there.