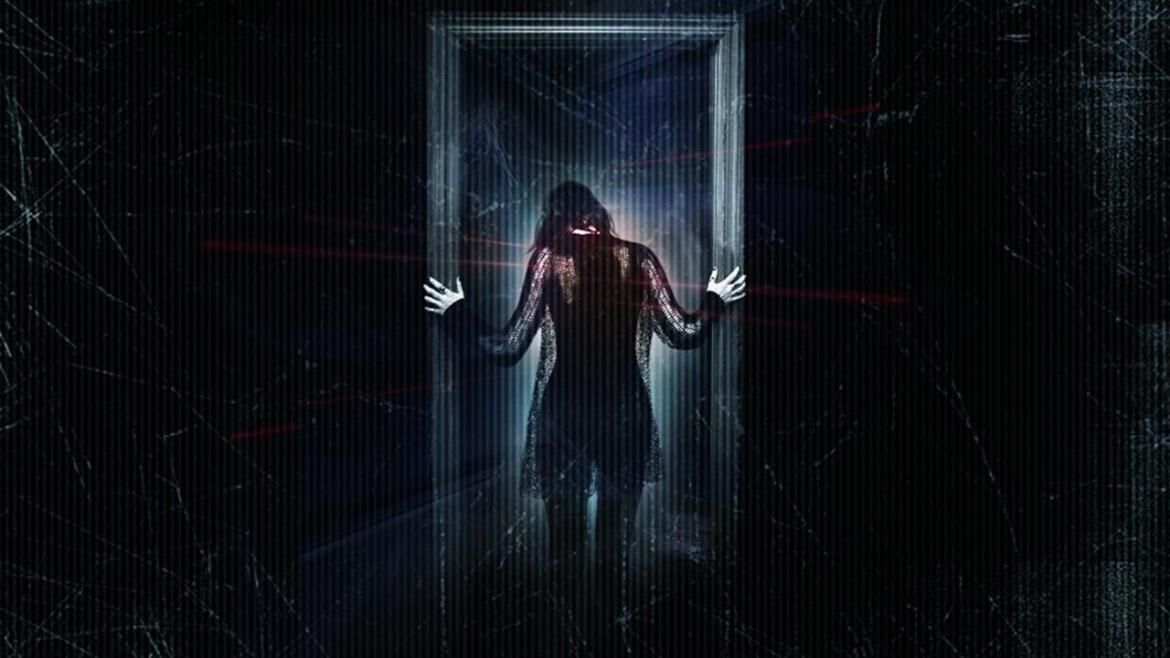 The Dead Room begins with some frightening noises and the sounds of a crying baby playing over the opening credits. We’re then introduced to a group of three paranormal investigators moving fancy equipment into a home that has been abandoned by the family who had previously inhabited it, scared off by something. The group, made up of Liam (Jed Brophy), Scott (Jeffrey Thomas), and Holly (Laura Peterson) are receiving some type of funding to show proof that ghosts actually exist. Liam and Scott are the tech wizards, and we learn right away that Holly has clairvoyant talents. Over a series of nights, they become convinced that there is some genuine spookiness going on in the house.

Though not found footage, the filmmakers have very much followed the Paranormal Activity method of storytelling. Things start slowly and build up gradually over the course of the film’s run-time. Early on, there’s a lot of doors opening and closing, chandeliers swaying back and forth, and loud, unseen footsteps on old, wooden floors. Holly has the ability to see spirits, and when they start to show up, we only get her reaction to them. This is pretty effective because rather than seeing a CG ghost or an actor in bad makeup, where getting the actor’s terrified response. There are also virtually no jump scares, which is a pleasant surprise for a horror film released in 2015.

The Dead Room is competently made and looks good despite it’s $1,000,000 budget. All of the actors are solid and seem convincing in their roles, and there are a few fairly spooky scenes. The only real problem is that not all that much happens until the last few minutes and everything that transpires has been done countless times over the years in better movies. It all adds up to a big shoulder shrug.

There’s a glut of nearly unwatchable horror clogging up Netflix, Amazon, and Hulu streaming services. The Dead Room doesn’t fall into that category. It’s something that would be fine for viewers who aren’t really into horror and want some light scares. For anyone who regularly reads our reviews here at Bloody Good Horror or listens to the podcast, it’s likely to elicit little more than a yawn.