The Dark Half (Movie Review) 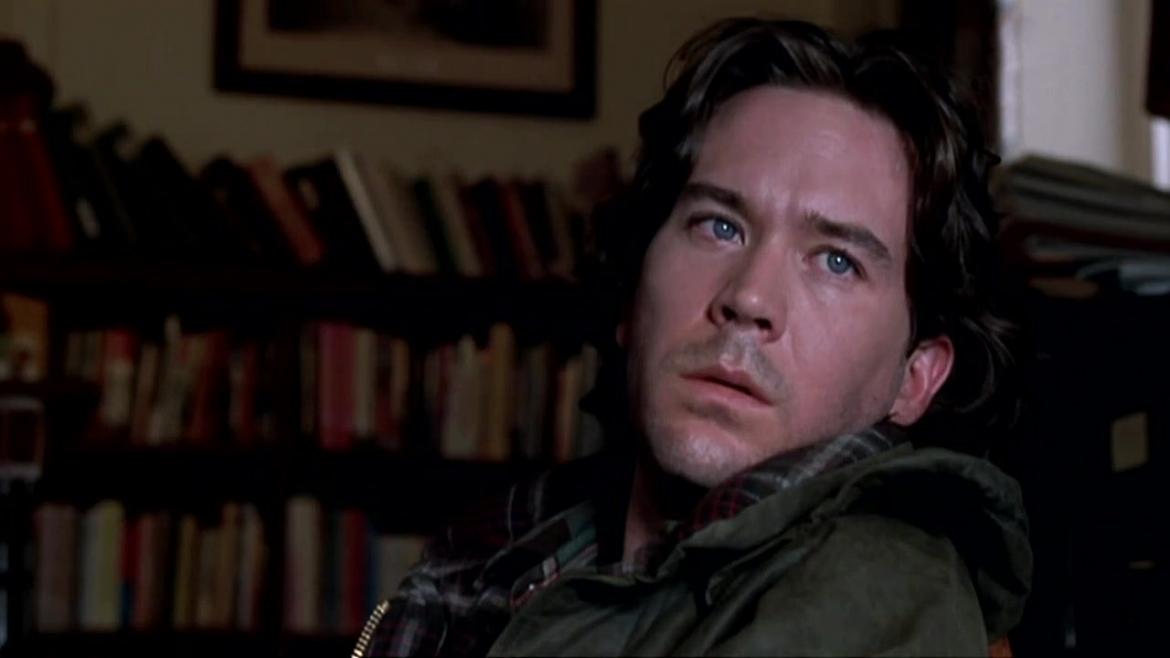 On the page and the screen, The Dark Half is Stephen King at what could be called his most stereotypically “Stephen King.” It’s a story those unfamiliar with the author are unknowingly referencing when they crack jokes about how all he does is write about authors in remote locations being besieged by the supernatural. While this reviewer happens to think King has more range than he’s credited with, this story is certainly in his wheelhouse and he mostly nails it.

Directed by another horror icon, George A. Romero, The Dark Half is the story of Thad Beaumont (Timothy Hutton), a nice guy writer beloved by critics but not by the book-buying public. Coincidentally, Beaumont’s pseudonym, George Stark, has the opposite issue. Beaumont’s novels written under the Stark moniker are trashy and violent and, above all, bestsellers. Eventually, a money-hungry fan blackmails Beaumont into revealing he and Stark are one in the same, and so Tadd gives his old alter ego a very public and seemingly permanent send-off. Stark, however, isn’t ready to call it quites.

It should come as no surprise considering Romero’s status as the “Godfather of Zombies” but The Dark Half is a particularly bloody romp through the psyche of a writer who is literally at odds with himself. When Stark manifests as a physical being, through supernatural methods that could generously be called "hazy", he goes on a rampage through Beaumont’s life in an effort to convince his other half to rethink that whole retirement thing. Both Stark and Beaumont are played capably by Hutton, although the former has issues that are beyond the actor’s control. Stark, with his slicked back hair and black leather everything, feels unavoidably hokey, a cartoon tough guy masquerading as a true psychotic.

With a running time of over two hours, The Dark Half could have used an editor with Stark’s affinity for edged weapons. The film’s biggest excess is lingering too long on building the mythology of “The Writer.” Scenes detailing a young Beaumont’s skill at churning out pages or how his writing methods change based on whether he’s creating as Beaumont or Stark all feel ripe for excision.

Despite its faults, The Dark Half still succeeds by being just about the most quintessentially Stephen King story around. It’s a gory ride through small town Maine with two of horror’s finest tour guides leading the way. A clearer, tighter script and stronger character work are the only things keeping this from achieving its full potential.