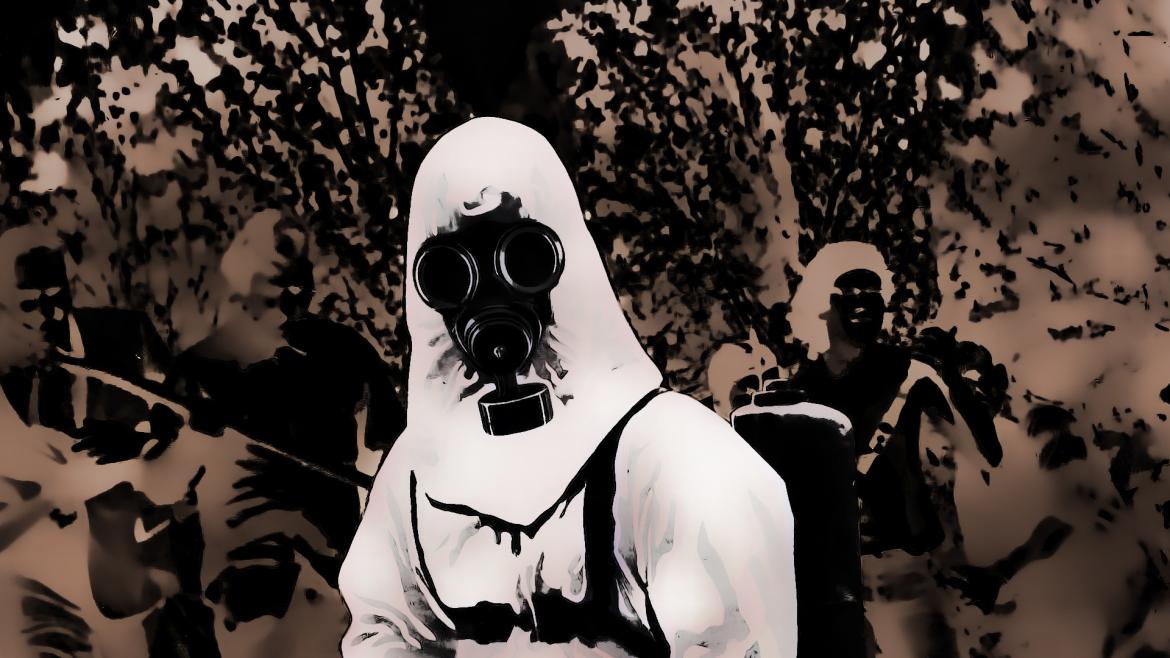 Since the late 70’s, George Romero’s zombie flicks have established a style so recognizable--a crowded, gory aesthetic of bleak militarization and unstoppable carnage--that it would be easy to forget his early self-contained films if there weren’t a few masterpieces among them. The Crazies is no such masterpiece, not by a long shot, but it’s a valuable misfit: the “fifth Beatle” of the Living Dead franchise.

The Crazies opens in a Pennsylvania farmhouse (sound familiar?), where a children’s game of hide-and-seek is disrupted by murder and arson, all inexplicably at the hands of the kids’ once loving father. Almost immediately, the town’s government is supplanted by anonymous soldiers who round up as many citizens as they can, quarantining them in a local school. It seems the violence is not isolated to one family, but is the result of experimental bioweaponry that has leached into the local water supply and must be contained at any cost. More violence erupts, panic takes hold, and the increasing social disorder of the uninfected only gives the military further excuse to crack down, indiscriminately, on every citizen of Evans City.

In attempting ambiguity about whether the “Crazies”, the occupying military, or the rebellious survivors are the biggest threat to the town’s security, the movie can get sloppy. It could have been the setup for a provocative portrait of a community under siege, but it feels like Romero can’t decide where to point his camera. He handles social breakdowns far better than psychological ones, and the film spends too much time on the crackups of dull survivors instead of the “Crazies” themselves. There’s a lot of “are they or aren’t they?” vagueness surrounding people who may be infected--or just deteriorating under strain. When a subplot involving incest and suicide fails to hold the viewer’s interest, you know it could have used some more rewrites (the 2010 remake abandoned these questions; it’s both dumber and tighter).

The Crazies is the first horror film Romero shot in color, and the bold, balanced frames of the first half elevate it above more indistinguishable exploitation fare of its era. But it’s still an early Romero film, and you can see the budget depleting with every scene. Absurd editing is the trade-off we’ll have to accept for covering up pitiful fight choreography, and by the final act, when the exterior shots seem like one man and his friends running around in a field, all sense of pacing and suspense is lost. Even the campy bits, like future Orson Welles scholar Richard Francis hamming it up wildly as the scientist no one will heed, lose their appeal after too long.

It may not hold up well on its own, but The Crazies is recommended viewing for anyone who wants to watch Romero’s artistry develop in the decade between Night of the Living Dead and its sequels. His ability to capture the moments when terror confronts ordinary life is already noteworthy, but he’s still rehearsing the dystopian nightmares to come.