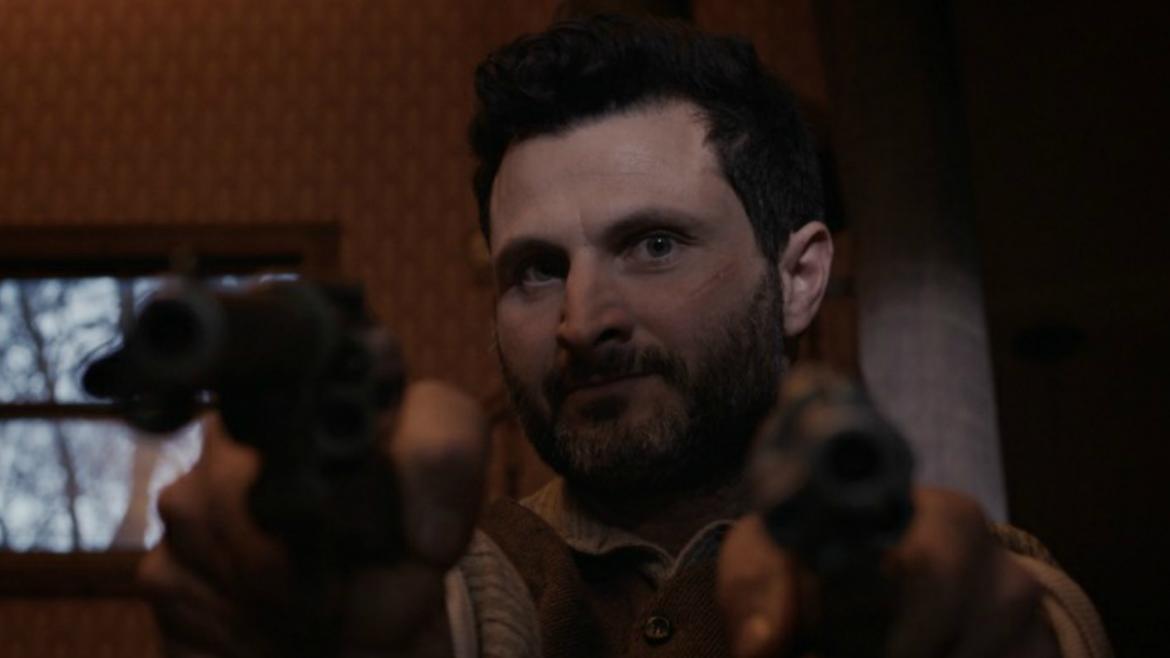 There’s a long tradition of the horror and western genre teaming up. With good reason. Like a good couple, they complement each other and cover for each other’s glaring flaws. At least that’s what I tell myself the days after my wife finds me passed out drunk on the kitchen table.

The Western can fill in ambiance in between the inevitable scares further elevating them when the time comes. The Horror can create a linger tension that drives the film forward with a purpose and smooth out the lackadaisical character moments. It can create an astoundingly effective film going experience, if the balance is perfect. The two genres must be in perfect harmony, a symbiotic cinematic ying and yang. Blood Moon isn’t able to pull it off.

It tells the story of a town in the old west who is being tormented by a skinwalker, the Native American folkloric version of the Werewolf. Hunting the humans at night in the red light of the titular blood moon and looking shabby and rat-like it picks them off one by one.

That’s not Blood Moon’s biggest flaw however. It’s the fact that it can’t balance its mind numbing tone and subpar acting with the horror elements that it wants to convey. The dialogue is languid eye-rolling, Western melodrama at its worst. Which could be fun, if it was played knowingly and well matched to the moments that should be horrific. But it completely missed the mark there as well, instead choosing to revel to shine a spotlight on its weak dialogue and acting by making it the focal point.

If there is a saving grace for Blood Moon it’s that it goes by quickly. For all of its languid pace and choppy scenes and shoddy werewolf costuming when it’s over it slips from your memory as if it never existed and for this film that’s a blessing.

To be fair, mashups can be a tricky thing. The tropes of one beloved film type jammed into the other’s space can either result in sweet, sweet genre bliss or an awkward, jumbled, abomination. Unfortunately Blood Moon is the latter.