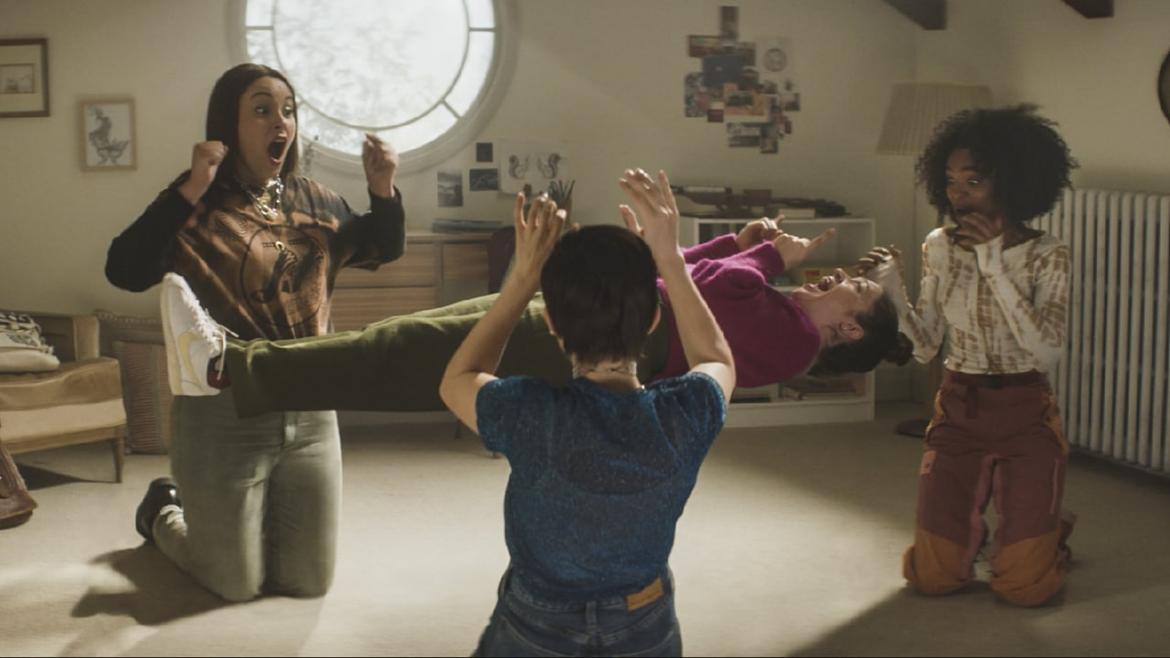 Mainstream horror cinema has long dined out on sequelizing or resuscitating dormant properties. The glut of 1970s/80s horror remakes of the mid aughts to early 2010s led largely by Platinum Dunes is the most notable example in recent history. That is until Blumhouse Productions’ 2018 Halloween earned a huge box office return with positive if not slightly mixed critical reception. Blumhose seemed primed to take up the mantle as the studio for reviving dormant franchises.

Andrew Fleming’s 1996 The Craft may, at first glance, seem more like a largely misunderstood 90’s cult staple than a film with rich depths yet to be plumbed. Blumhouse, together with filmmaker and actor Zoe Lister-Jones, have made an attempt to reintroduce the property to a modern audience. The Craft: Legacy may not confidently state it’s case as an extension of the original that must see the light of day, but it’s a commendable “re-quel” tailored for a contemporary audience.

The film opens with Lily (Cailee Spaeny) as she moves to a new town with her mom Helen (Michelle Monaghan). As Lily starts at a new school she captures the attention of a trio of girls (Gideon Adlon, Lovie Simone, Zoey Luna) who practice witchcraft in their downtime. The group is convinced adding Lily to their coven will help them unlock their full potential as witches. The four become quick friends, completing small spells that eventually escalate and turn their worlds upside down.

The Craft: Legacy hits many of the same beats as the 1996 original, tweaking them to fit within the current context. The film’s most substantial deviation is that the magic skews a bit more fantastical and imbues the piece with more teen-based comedy. In its first two acts Legacy hits similar beats to the original with the final act seeking to course correct some of the problematic,  manufactured conflict. Unfortunately, the finale is marred by issues of its own which can be attributed to the rushed nature of the direction the witchy story takes.

Lister-Jones captures the dialogue and behavior of the high school teens with a convincing authenticity, making relatable their goals and fears to those of us far removed by a decade or two. The success though is not just in capturing teens of today, but in how the film injects a sense of urgency to the issues of marginalized people in today’s society. This includes the introduction of a male character’s bisexual identity, one of many updates that expands on the toxic masculinity present in the original, a theme Lister-Jones handles in a much more interesting fashion here -- albeit a tad abbreviated.

The film’s exploration of patriarchal power is most prominent in a subplot involving David Duchovny’s surrogate stepfather character, Adam Harrison. This factors heavily in the final act of the film but it simply isn’t given enough time to take root anywhere else in the runtime. Pieces of the looming impact Harrison has over the events are doled out, but the importance of his character is dramatically underplayed...until it isn’t. In fact, Duchovny seems to be the one cast member not really sold on the movie he’s in. While everyone else seems invested and plays their characters well, Duchovny seems to be playing a sedated version of himself as he sleepwalks from scene to scene in a controlled monotone affect.

The Craft: Legacy continues Blumhouse’s trend toward mining previously lost franchises, including those we never expected to be franchises. The results here are mixed, but Zoe Lister-Jones does admirable work to revive a mostly forgotten 90’s weirdo classic and its fans are most in line to be the ones looking fondly upon Legacy.

The Curse of La Llorona