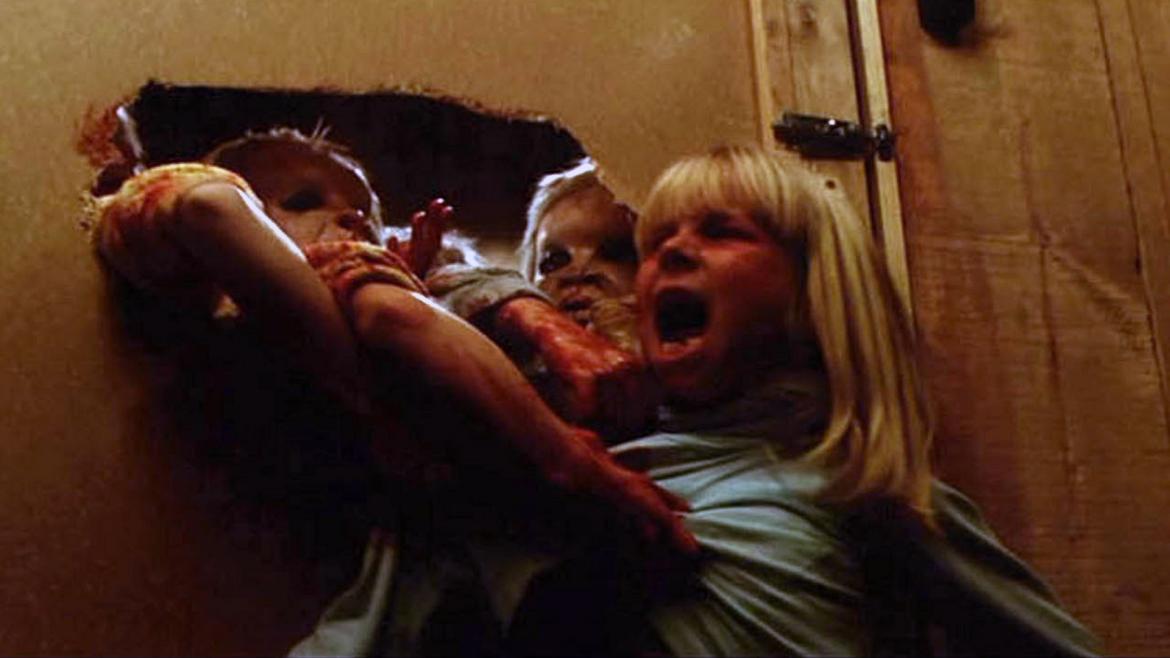 When David Cronenberg made The Brood, he was in the midst of prolonged divorce proceedings which included a nasty custody battle for his daughter.  The resulting film was a bitter attack on his ex-wife, a dark meditation on the cycle of familial abuse, and a boffo monster movie featuring pint-sized trolls in puffy jackets.

The Brood opens with the marriage between Frank and Nola Carveth already on the rocks. Frank has become the primary caregiver for their daughter Candice while Nola is receiving rather unconventional treatment for her psychological problems from Dr. Hal Raglan. Dr. Raglan has developed a new method he calls “psychoplasmics” which allows people to literally bring their deep-set psychological issues to the surface, where they manifest in the form of welts and lesions. After noticing marks on Candice’s body following a visit to Nola, Frank tries to prevent Nola from having any further contact with their daughter. This sets off a chain of events that results in a murderous rampage by a group of deformed child-like creatures.

Conenberg takes a pessimistic view of his made-up science of psychoplasmics. It has results that are clearly observable, but they aren’t positive results. Instead of exorcising the psychological demons his patients are dealing with, Dr. Raglan seem to mostly be digging up traumas that are then able to mutate from intangible emotional problems to destructive physical diseases and monsters. One of the most fascinatingly meta aspects of The Brood is that the movie itself is in a way a physical manifestation of Cronenberg’s own pain, frustration and anger as a husband and father in a family that is falling apart. Cronenberg is in effect engaging in his own version of psychoplasmics by making the movie. He goes so far as to end the film by symbolically strangling his ex-wife and then accusing her of passing her own psychological issues on to their daughter. This begs the question: is his method ultimately cathartic or, like Dr. Raglan’s method, is it destructive? It’s a question that only Cronenberg himself could answer, but maybe the difference is that Cronenberg channels his negativity into a creative work while Raglan just brings these demons to the surface. Without a vessel (in this case, a reel of film) to contain them they’re free to run amok.

The good news for horror fans is that movie works even if you don’t want to take a deep dive into psychoanalysis. True, the mutant killers look a bit silly in their little kid anoraks (a nod to the similarly themed “Don’t Look Now”), but that only makes it more horrific and wrong when you see their distorted faces and the brutality they are capable of.  The birthing scene at the end is still a powerfully repellent tableau of body horror and it’s not surprising that it remained censored until fairly recently. Perhaps most sadly relevant is that just a look at the evening news shows that today The Brood is as powerful an allegory for the capability of psychological problems to manifest as real world tragedies as it was nearly 40 years ago.