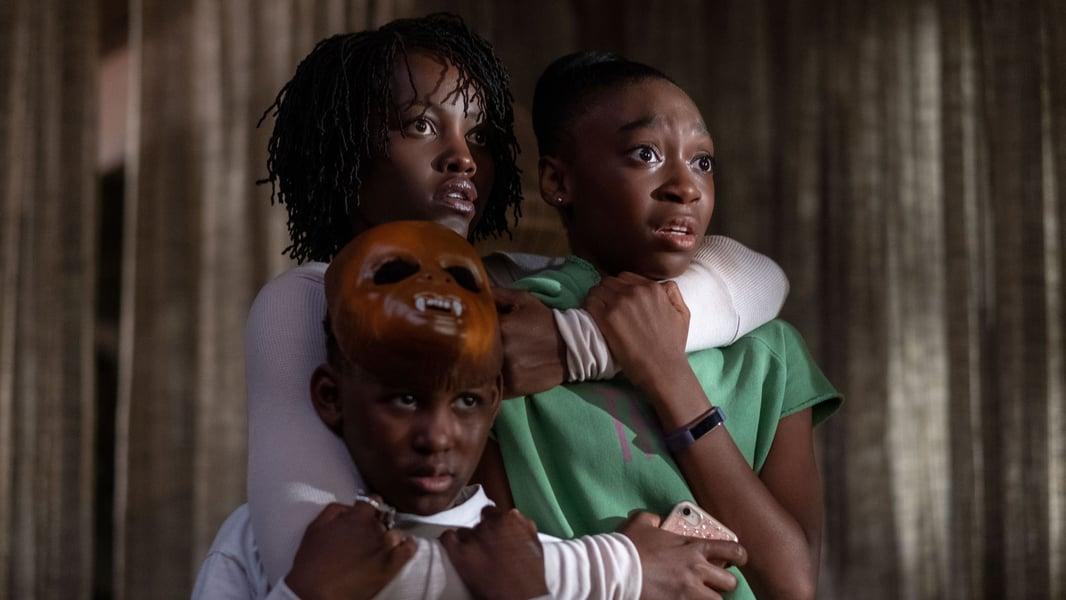 Writer and director Jordan Peele’s debut film, Get Out, became a surprise cultural phenomenon in 2017, blending horror with poignant social commentary from a fresh perspective. Of course, Peele’s amazing freshman success has shackled his new film, Us, with high expectations. Us handles that anticipation by taking the horrors of society broader and arguably esoteric, which creates a complicated and somewhat frustrating viewing experience. However, for those willing to take a step back, it acts as a chilling mirror that reveals the terrors within us all.

Adelaide Wilson (played brilliantly by Lupita Nyong’o) and her family take a brief break from their divided lives to come together for a vacation to Santa Cruz, California. While her husband Gabe (Winston Duke) is preoccupied with his capitalist competition with their friends Josh (Tim Heidecker) and Kitty Tyler (Elisabeth Moss), Adelaide can’t shake the feeling that something or someone terrible is coming to disrupt her seemingly normal life. Her paranoia, which is fueled by a traumatic experience she endured as a child, comes to a head when a mysterious family breaks into the Wilson’s vacation home one night. Their fear turns to confusion, though, as the invaders seem to be their physical doppelgängers. This strange phenomenon isn’t restricted to the Wilsons either, as reports of hostile "others" begin appearing all over the world, killing those that get in their way on a mysterious quest.

While Get Out wore its commentary on microaggressions and cultural appropriation on its sleeve, Us is less explicit with its overall theme. By the end, it’s impossible to walk away without questions or confusion over what was just experienced. As the title calls out, the focus of Peele’s commentary this time is on us as people, and as we can all likely agree, defining who we are, what we’ve done, and who we are going to be can’t be outlined in black and white.

Us parallels those big questions in several ingenious ways, including with the unraveling of the plot. We start by following young Adelaide and her terrifying experience at a seaside amusement park, then move to her present-day life. Despite living a seemingly normal existence with her husband and two kids, it’s revealed she still struggles with the trauma of her past. From there, the scope pulls back even more to include the Wilsons' closest friends, and eventually, a majority of the world. Similar to the unanswered questions about who we are as people, Peele doesn’t offer definitive answers because Adelaide only represents one perspective. And, as the film reveals, even one perspective can be filled with doubt and gray areas. Adelaide’s journey of self-discovery ends with the chilling notion that she doesn’t know herself at all, and that’s the terror Peele has crafted this time around. Who can we trust if we can’t trust ourselves?

The threads that pull this overarching theme together, from Biblical allusions to racial politics to corrupt government practices, may not resonate with or terrify every viewer equally, but that doesn’t seem to be Peele’s goal. Instead, Us is far more concerned with introspective horror. Are there evils dormant inside of me? Will my past come back to haunt me? Has my society committed too many atrocities to count? The film’s message is far more nihilistic than Get Out’s, which is sure to leave audiences divided, confused, angry, horrified, or even apathetic. But that’s what’s great about Us: it demands discussion.