The Beyond (Movie Review) 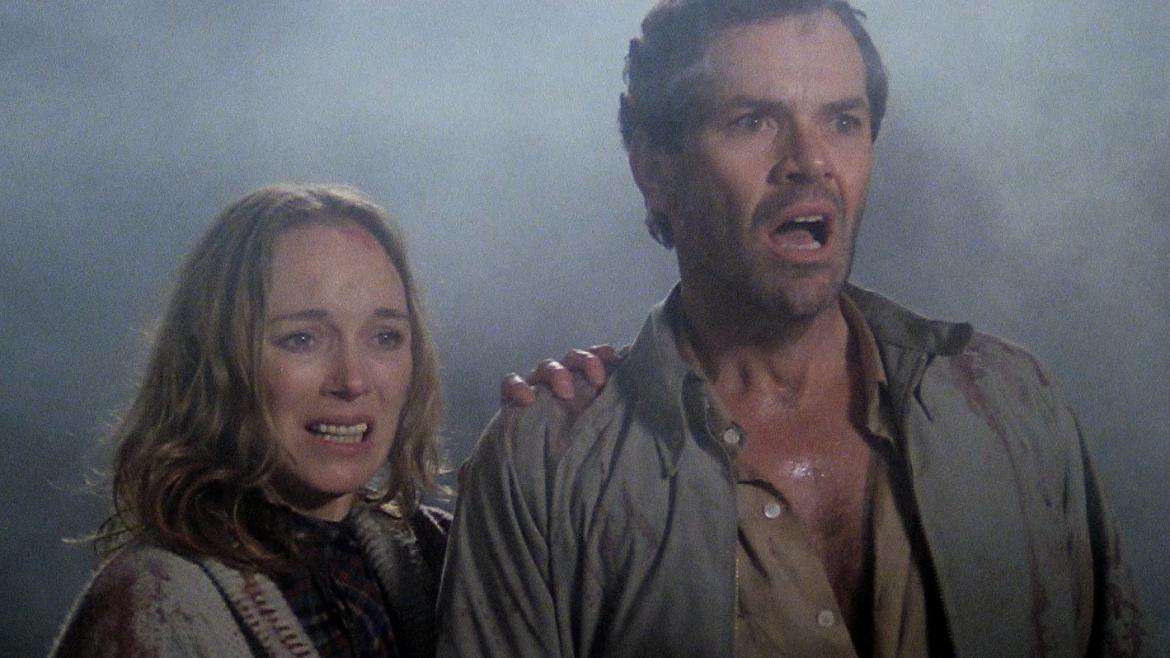 If the eyes are the window to the soul then that must make The Beyond a mischievous neighbor kid with a bat and a whole mess of baseballs. Lucio Fulci’s 1981 gore fest is driven by an almost otherworldly urge to inflict spectacularly revolting ocular trauma, utilizing thumbs, rusty nails, and even the occasional ravenous tarantula to do the job. This onscreen eyeball assault is matched only by the film’s persistent attacks on the common sense of those watching.

The story that strings together the film’s various gougings quickly devolves into a special kind of unapologetic nonsense, however, it starts promisingly enough. A suspected warlock is killed in a Louisiana hotel and, several decades later, a woman (Liza, played by Katherine MacColl) attempts to reopen the hotel, unaware of its dark past. Her troubles start with a simple flooded basement however they quickly escalate into ghoulish visions, phantom phone calls, and an army of teleporting, zombified side characters.

Reason has no home in the script for The Beyond, which was co-written by Fulci with Giorgio Mariuzzo and Dardano Sacchetti. Its characters behave in ways that are at times laughably illogical. Liza sees nothing wrong with the local spooky, blind prophet appearing randomly in her living room. In another memorably dumb scene, immediately following her parents’ funeral, a freshly-orphaned young girl is casually abandoned in a cemetery by the rest of her family. The film’s internal logic is so intensely fractured that, rather than being damning, it ends up providing plenty of moments of much-needed, although undoubtedly unintentional, humor.

Besides, the story isn’t meant to be the show here, that honor belongs to the film’s frequently remarkable gore effects. While the eyes are a favorite target of The Beyond, they’re not the only body part that takes a beating. Sure, some of the effects don’t hold up well to modern eyes (like those hungry tarantulas) and others are just poorly executed (like a face being melted by acid in the most leisurely and surprisingly yawn-worthy way imaginable). Outside of those few missteps, the film’s momentous accomplishments in the practical effects space can’t be denied.

There is a certain bent appeal in the go-big-or-go-home commitment to nonsense displayed in The Beyond. Viewers who don’t mind laughing when they’re not meant to and who have strong stomachs will undoubtedly find a lot to like about Fulci’s madcap, gruesome, and gleefully dopey classic. Just be sure to don safety goggles before watching … just in case.