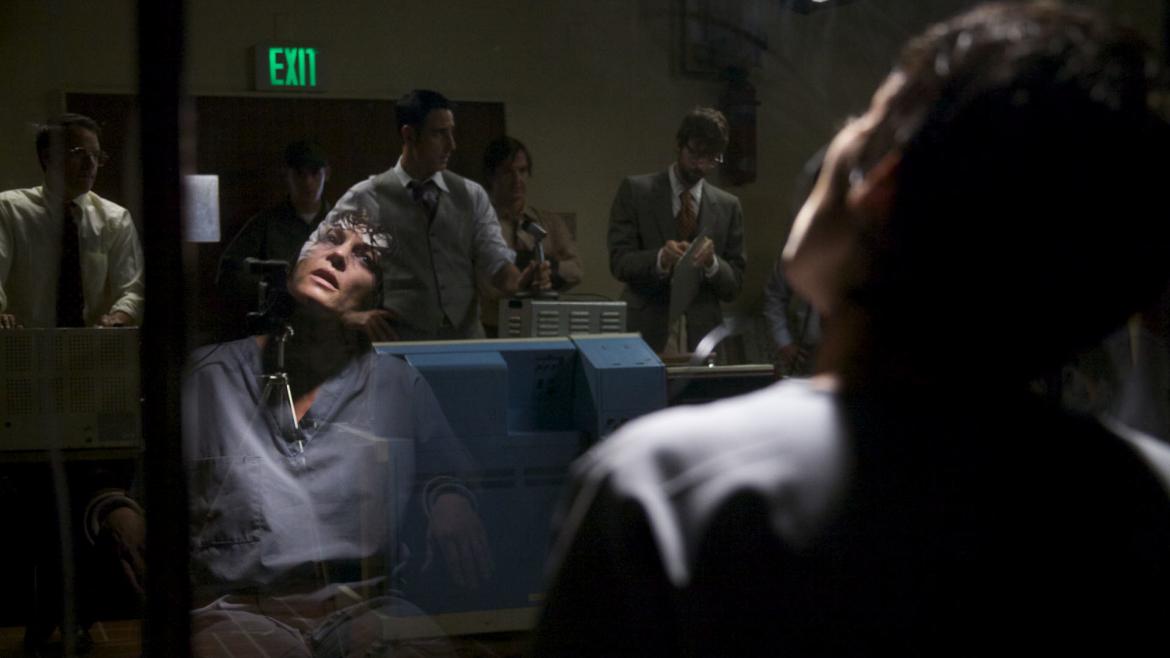 Selecting a movie from the Horror section on Netflix is a bit like putting a quarter in one of those grocery store prize machines. The packaging and delivery system will be the same no matter what, but once you crack open that small plastic orb (or push, Play) it can be hard to know what you’re going to get. Is it going to be a totally rad temporary tattoo or just one of those lame sticky hands? Are you going to get an inventive and low-budget movie, or just more of the same recycled stuff?

The Atticus Institute is one of the many movies available through Netflix’s streaming service. The poster sports a pretty creepy looking woman’s face, in close up, like a majority of the other straight to VOD films that appear tiled on your computer screen. This selection takes on a faux documentary style, centering on a scientific institute that was studying paranormal phenomena in the 1960’s and 70’s. Specifically, we are concerned with the lab’s founder, Dr. Henry West, and its last subject, Judith.

The story follows many of the same twists and turns that your typical possession film (particularly of the found footage variety) do, as spooky incidents build and build both on and off screen. The Atticus Institute does set itself apart in that it adds a military storyline not usually seen in these movies. Within this story, the United States government gets wind of Judith and her powers and immediately step in, taking over operations at the institute, hoping to discover a way to utilize her powers as a weapon.

The cost effectiveness of the found footage technique has been well-documented, and it is likely for this reason that The Atticus Institute leans heavily on the style. Interwoven between shots from security cameras and research footage, are modern-day interviews with past staff of the lab. The money they saved does allow for some interesting set pieces using practical effects, particularly one with a dissected frog.

So, what should you do the next time you’re staring at your Netflix display, like a child standing with quarter in hand? As far as your typical fare goes, this movie certainly has a few things going for it, but not enough to make it count. If I were you, I’d save the quarter, but if you're the kind who finds joy in a free thing no matter what it is, why not give it a try?