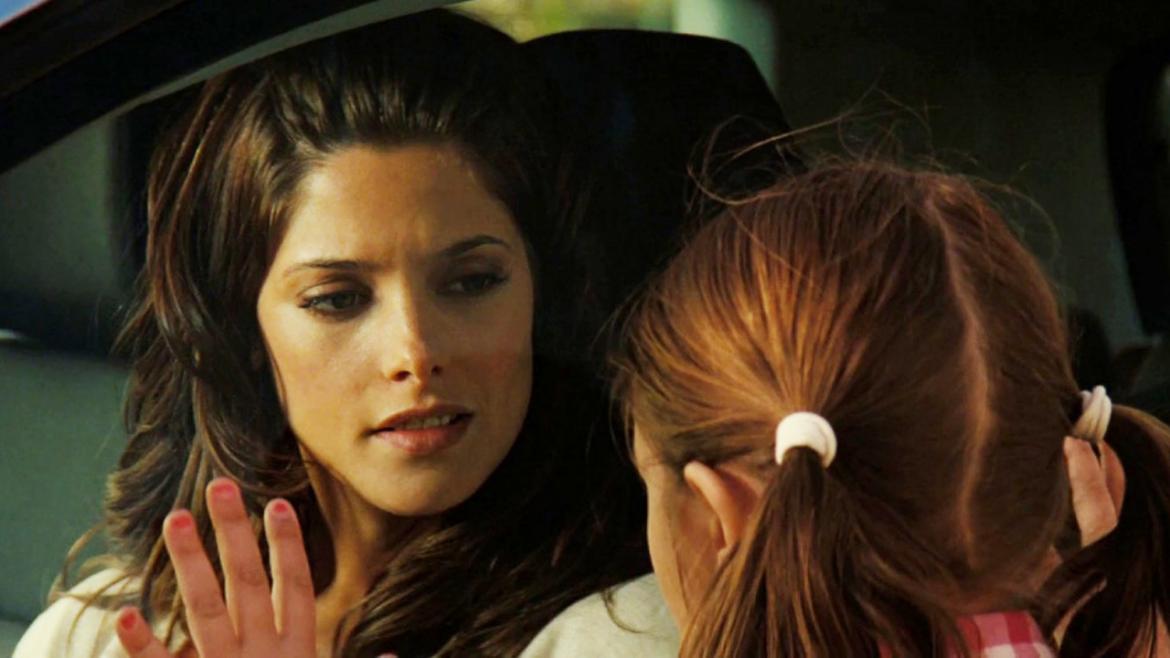 There are a surprising number of lessons contained within 2012’s supernatural snoozer The Apparition. These include: If your name is Sebastian Stan, it will take more than an ageless demon to impress you. Also, if very bad things happened to the last group who attempted an experiment, it’s a bad idea for you and your friends to recreate it for kicks. Most importantly, when you die, you will go to one of three places: heaven, hell, or Costco.

The Apparition feels like a rough draft. There are parts of the movie – about a housesitting couple (Ashley Greene as Kelly and the aforementioned Stan as Ben) plagued by ghostly happenings – that show potential. They needed to be punched up, only, instead of getting punched up, these things were wrapped in a bow and tossed into theaters. Example: A neighbor’s dog wanders in to Kelly and Ben’s house, stares at a wall for a minute, and then quietly lies down. Kelly informs viewers the dog is dying because, based on what we’ve seen, he’s either tired or bored. This is a fairly big moment in the movie and there’s no tension, build up or pay-off. Spoiler, the dog dies minutes later off-screen, likely because showing a dog peacefully drift off to an eternal sleep would have been too much action.

A lack of tension and build is common in many of the film’s attempts at scares. They come and they go, eliciting little more than a “That’s it?” from the viewer. Considering the lack of grace with which these scenes are handled, it comes as no surprise this is the first feature-sized outing for Todd Lincoln, who both writes and directs. Lincoln pulls much from works which have inspired him, and he has some good ideas, but he’s unable to drive them home.

Lincoln asks Stan and Greene to carry a lot of weight in this movie, but neither pulls it off. Maybe it’s them, or it’s the lines, or it’s the lack of a surer hand behind the camera. Stan’s performance is best likened to a man wrapped in a Snuggie, with a glass of warm milk in hand and Coldplay set to a moderate volume in his headphones. A demon older than time is tearing his life apart and he looks ready to nod off. As for Greene, the movie is pretty shameless in its treatment of her as little more than eye candy. Perhaps her defining moment comes when she watches an old tape that shows her boyfriend being flirty with another girl and that girl being picked up by an unseen force and dragged into a wall. Naturally, her initial concern is the flirting.

Lincoln introduces a few interesting elements into The Apparition, such as the spirit baddie’s ability to manipulate the characters’ perceptions of reality. While it never hits the highs that it does in Occulus, this device does provide multiple cool visual gags and one of the film’s strongest set pieces. Mostly though, The Apparition feels like it was maybe a draft or two away from respectability. As it stands, a night of actual house-sitting may hold more thrills.