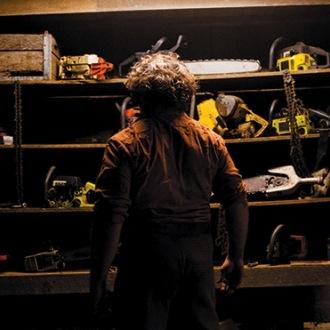 As with many of its 70's horror franchise contemporaries, "The Texas Chainsaw Massacre" has become a series whose present continues to lose connection with its past, even as new entries stumble over themselves to pay homage to their roots. In 1974, Tobe Hooper and Kim Henkel captured lightning in a bottle with a chaotic, nasty film about a family of cannibals living deep in the heart of Texas. In 2013, the "Texas Chainsaw" series provides a unique perspective on horror cinema: it's first sequel coming in the 80s, followed then by two sequels in the 90s, and finally two "reboots" in the first decade of the 21st century. Four decades and six films since the Hooper's original, Leatherface has reappeared in his 7th feature, this time a "true" sequel to 1974's "The Texas Chainsaw Massacre."

"Texas Chainsaw 3D," directed by generic Hollywood director John Luessenhop, makes use of scenes from Hooper's original in setting the stage for continued action that picks up immediately after Sally's escape from Leatherface. With police arriving on the scene, the Sawyer family holes up in their house for a standoff that becomes a massacre of its own when townie-locals arrive to exact mob justice. One of those locals rescues an infant girl before the rest of the Sawyer family is burned to death.

Fast-forward to present day, that infant girl has become Heather Miller, and while planning a trip with friends she learns that her last remaining Sawyer relative has died and she has inherited the family estate. Friends in tow, Heather diverts her trip to Texas, where the crew quickly runs into Leatherface, who had been living in secret in the Sawyer-homestead's basement.

Unlike some of the other 70's remakes that have made their way to screens in the last decade, "TCM" is now working on its second reboot. Interestingly, by ignoring not only the Platinum Dunes remake and prequel but also the three older "TCM" sequels, "Texas Chainsaw 3D" actually carves out a narrow path to relevance while also giving itself a chance to engage series neophytes. Heather, the last remaining Sawyer family member, must discover the truth about her past, which leads her into a showdown not with the series' iconic killer, but instead with the Texas locals who enacted a massacre of their own on her kin.

In a studio pitch meeting, this reversal likely sounded like some post-modern magic. With "Texas Chainsaw 3D" killers become victims. But here, the original narrative that had inspired rich criticism around ideas of sexuality and socio-economic degradation, instead leans more heavily on the themes of family responsibility and vengeance. The absurdity is that the film becomes so twisted around the idea of reuniting Heather with her lost relatives that it loses site of the fact that there are massacres being committed. In Texas. With Chainsaws. Somehow the activities of Leatherface -- both the atrocities of the original film, and those committed in the intervening years -- become marginalized to such an extent that we're supposed to be excited at the revenge that is eventually visited upon the townies for their over-zealous justice decades earlier.

Leatherface has always been something of a strange duck when it comes to horror killers. Among the stable of horror icons that includes Freddy, Jason Vorhees and Michael Myers, Leatherface is the one killer who has always been played for the most pathos. Even Hooper's original killer is clearly a mentally-stunted hillbilly. This "child-like" nature was only further developed in the subsequent sequels, and in fact, the whole characterization has become rote with sequels and remakes of "Friday the 13th" and "Halloween" that try to earn pathos for their own villains. Those films ultimately don't confuse the issue like "Texas Chainsaw 3D" does, which means they still provide the genre film release audiences expect. At the end, the monster must die.

Of course, all of this narrative discussion gives "Texas Chainsaw 3D" far more credit than a film of its low quality ever deserves. The film introduces more plot elements than it can fully incorporate, and the result is sloppy nonsense that sees characters (a deputy) disappear mid-scene, bizarre side-excursions (to a fair) that have no value, and characters flatter than the Texas landscape (take your pick). The "3D" of the title has become a signal of negative creativity in horror, and "Texas Chainsaw" achieves new lows in this area by hardly even attempting to justify the extra ticket cost beyond a handful of unnecessary sequences of a chainsaw coming out of the screen. Регистрируйся и получай бонусы в букмекерской конторе winline уже сегодня.

The saddest part of this new "TCM" experience is how far the entire exercise has fallen from its roots. Most horror fans can still remember first seeing Hooper's "Texas Chainsaw Massacre" for good reason. Even in a generation of heightened violence and gore, the original "TCM" remains tense, gritty and horrifying. Luessenhop has both gutted the series's thematic elements and cleaned up the look with "Texas Chainsaw 3D" -- a move Marcus Nispel knew better than to make. Luessenhop's movie purposefully loses the "Massacre" from its title, which is just as well because the only thing being massacred here are the remaining fond memories of true fans of the "Texas Chainsaw" films.