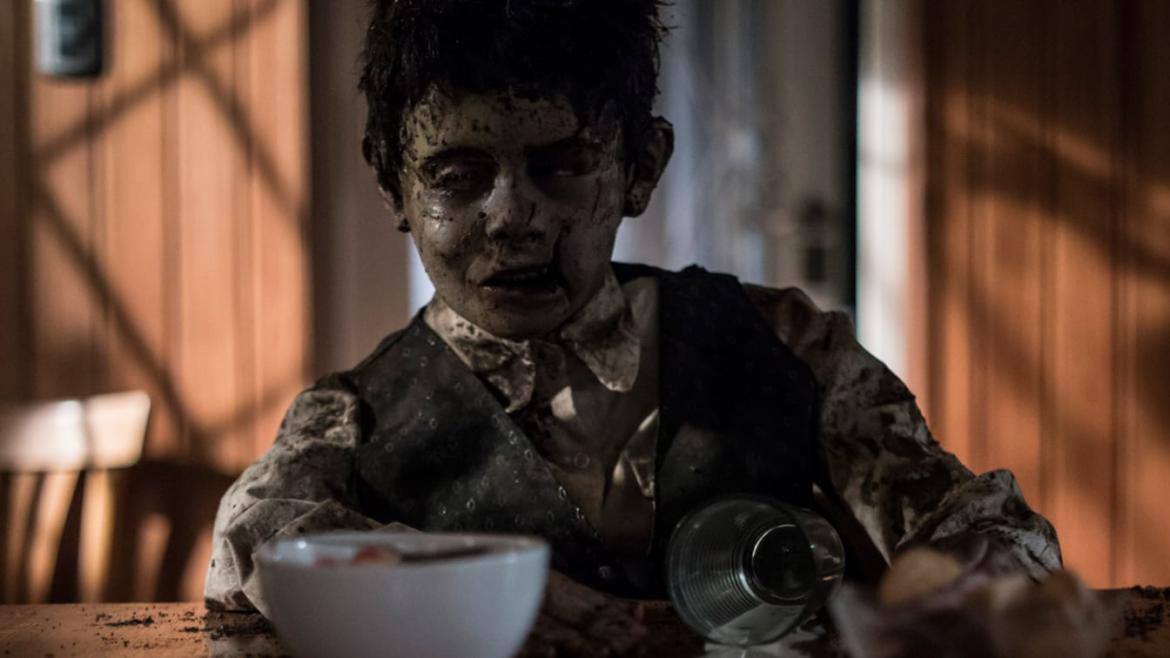 Not all film needs be everything. Sometimes a film does just enough so well that its other missteps become excusable. A great action film can overcome poor acting with outstanding choreography and fast paced editing and visuals.  A comedy can occasional bypass unrealistic situations with a punch line. And, a horror film that brings something memorable and a sense of disorienting madness can overcome a thin premise. This is the story of Terrified. Well, story in the loosest sense of the word.

What most clearly can be stated is that Terrified is about a neighborhood in Buenos Aires. A neighborhood that becomes infested with perhaps creatures, demons, ghosts, invaders from another dimension? All of these things? It’s not really clear honestly. Funes, a soon to be retired police officer (Maximiliano Ghione) who is dating one of the homeowners, steps in to investigate the scene following a tragic accident. He realizes he's in over his head and Funes calls in Jano (Norberto Gonzalo), a semi-seasoned paranormal investigator. The pair team up with Mora Albreck (Elvira Onetto) the seemingly master of the spirit realm who has also been summoned by another neighbor along with Dr. Rosentok (George Lewis) from the states.

If it sounds rather messy, it is. None of it actually adds up or is adequately explained. And if you come to this film looking for a solid and well-defined ghost tale you’re in the wrong place. This is about madness and it gets started quickly leaving anyone who wants to go on the ride feeling breathless and it does not let up until the final minute.

There is also the germ of an idea here that hasn’t ever been truly explored. Why have one haunted house when you can have an entire neighborhood of concurrent paranormal investigations? One with flying plates. Another with spooky apparitions. And yet another with drooling, swelling, tentacled monsters exploding out of the walls. It all helps to add to the breakneck pace and the nonstop horror action. There is the spirit of early Sam Raimi in this film. A twisted sense of comical teeth gnashing madness pervades the screen. And the director Demián Rugna’s streamlined, near exposition free film allows you to soak up the bedlam. This is, after all, about chaos.

And, without that guidance, you are left with Terrified; a film that skitters and bends its way through scene after scene of hysterical weird monsters, scares, and flying furniture. A film free to entertain and thrill in its own nonsensical way; and one worth watching.