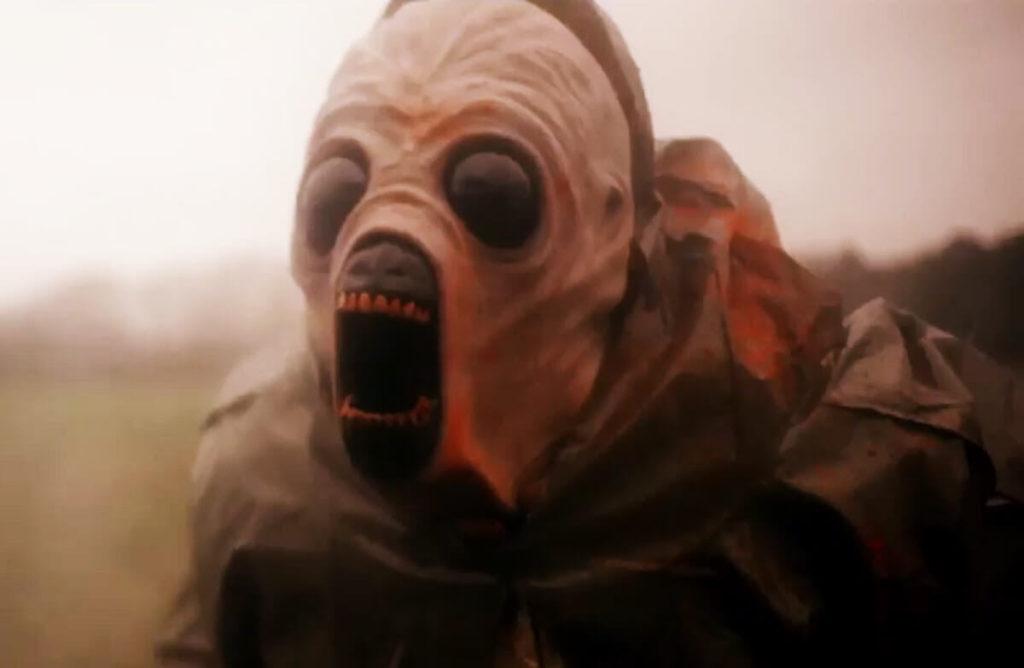 It's unlikely that Ben Wheatley is a household name in spite of the quality of genre films he's amassing as a director. So it's even more unlikely that "From Executive Producer" label on a film like Tank 432 is going to turn it into a huge success outside of Ben Wheatley's rabid niche of fans. Frankly, even with the filmmaker's seal of approval Tank 432 fails to impress on any significant level.

Formerly titled Belly of the Bulldog (an arguably better title at that), Tank 432 introduces a team of battle hardened mercenaries mid mission with a pair of orange jumpsuited prisoners with bags over their heads and an unknown enemy on their tail. Fearing that the enemy is closing in they seek refuge inside the claustrophobic innards of an abandoned bulldog tank. Little do they know that once inside the real enemy is locked inside with them.

Tank 432 is an ambitious and intermittently tense claustrophobic thriller with slight science fiction and horror undertones. Director Nick Gillespie admirably refuses to mess around, tossing is right into the deep doo-doo of the main group. However admirable that choice may be it also comes with a price and that price is a lack of characterization. Gillespie settles for the bare minimum by giving each character a chance to make a first impression which will carry them to the bitter end- and believe you me, it is bitter.

What plagues Gillespie's feature is that it is aimless. It's never clear where anything is going, confusing as to events that just transpired, and as a narrative it's just unfocused. Eventually the adherence to ambiguity and poorly staged turns unravel what could have been an airtight little horror thriller. Instead, many viewers will be left with an overwhelming amount of questions to which the answers are quite possibly underwhelming.

Taking place almost entirely in a confined space leaves Gillespie with few places to hide logistical lapses--of which there are plenty. These lapses suck the tension from the confinement and fills that void with stale ideas and fake attempts at art house obscurity. Cinematically Tank 432, like its titular ill-equipped war machine, lacks spark in the engine and desperately in need of a peek under the hood.

Screened as part of the 2016 Fantasia FIlm Festival.