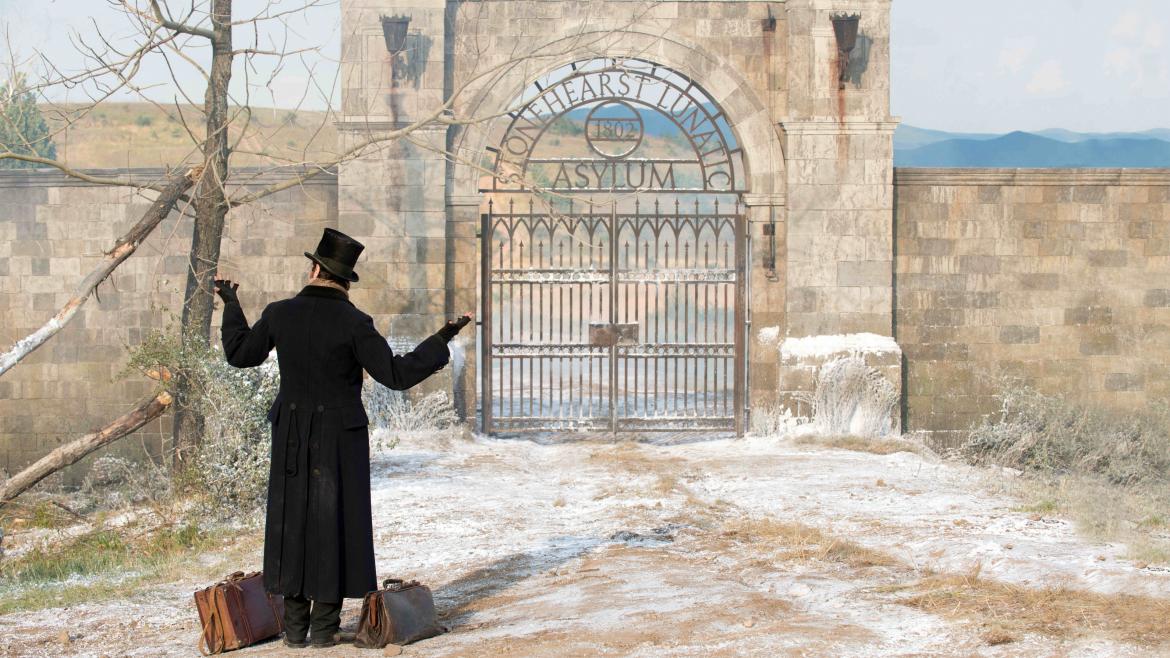 Are good source material and a killer cast enough to save this movie?

Stonehearst Asylum tells the story of young Doctor Newgate (Jim Sturgess) at the turn of the century, who travels from Oxford to the remote British countryside to complete his training. Upon his arrival he meets the head caretaker, Doctor Lamb (Ben Kingsley), and is quickly introduced to Lamb's unconventional methods of treatment. The fact that the patients wander the halls freely and that Doctor Lamb doesn't seek to cure the patients, per se, quickly becomes the least strange discovery that Doctor Newgate makes at Stonehearst. What it means to be sane becomes more and more unclear the longer he stays.

Perhaps more than the mystery of the asylum, Doctor Newgate's attention is captivated by one of the patients, Eliza Graves (Kate Beckinsale). From the moment he sees her on his initial tour of the facility, Newgate cannot seem to pull himself away from her and as the story unfolds it becomes clear that he somehow knew about her before coming to Stonehearst. Mrs. Graves was admitted by her husband and is believed to be suffering from hysteria. For those of you not familiar, hysteria was a diagnosis based on the idea that a woman's uterus would sometimes wander the body and get out of place. This would cause all sorts of problems and was blamed for any number of symptms from sexual dysfunction to women who simply didn't conform to societal norms. In the end, it acted as a catch-all excuse to take away women's power.

The characterization of Mrs. Graves and her diagnosis is just one manifestation of the larger theme of what characterizes insane and where the line is. On their tour of the grounds, Lamb lists some of the "typical" disorders they treat, such as "dimentia praecox, incurable homosexuality, and melancholia", telling Newgate, "You'll find most of our patients are here because they are embarassments to their families. Outcasts." Few would question the fact that the field of psychology has come a long way since 1899, but this film takes it one step further, asking the audience to consider what we really know about mental illness and how certain we can really be in that knowledge, even now.

Based on a short story by Edgar Allen Poe, this film loses much of the dark comedy that flows through its predecessor. Poe's story was written at a time that treatment of the mentally ill was a hot political issue and this story was written to call attention to some of the harsh realities that many people endured while society at large turned a blind eye. Stonehearst Asylum builds upon the basic premise of that story, adding a few twists and turns of its own along the way.

With seasoned director, Brad Anderson, at the helm, this film does a lot right. The costuming and set design are beautiful and immersive. Ben Kingsley's presence is sinister and offputting in a way that few actors can affect and Michael Caine is a delight, as always. Unfortunately, despite the story that inspired it and its awesome cast (which includes Michael Cane, Brendan Gleeson, and David Thewlis along with those already mentioned) this film struggles. The darker tone perhaps robs this film of an element that would have made it stand out. In the realm of period genre pieces, the asylum has been done, and despite some unexpected twists, this film doesn't do much to distinguish itself from the fray. The serious nature also means that much of the acting feels hammy in a way that we can only hope is intentional, although I'm not cerain it is. Kate Beckinsale's character, who was invented for this film, is flighty and flat. The young doctor's love for her is supposed to be moving, but every scene between the two plays the same to the point that it began to feel like watching a loop.

If you're a fan of this style, and enjoyed Anderson's other horror movies (most notably Session 9 and Vanishing on 7th Street) then you'll surely enjoy this addition to his body of work. If you are looking for a stand-out film to watch in the huge library of options, this may be one to skip.