Some Kind of Hate (Movie Review) 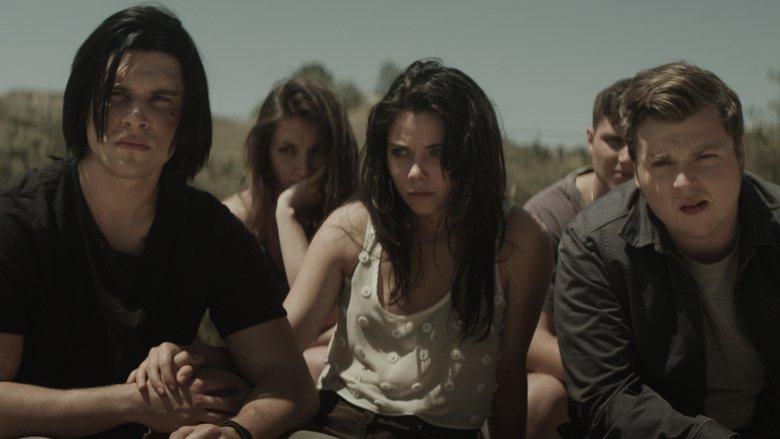 Bullies, vengeful spirits, and actors playing high schoolers that look like they've been held back just shy of a decade. Not a one of these is new in the horror genre, and each are just some of the rehashed issues plaguing Adam Egypt Mortimer's debut flick, Some Kind of Hate.

Lincoln (Ronen Rubinstein), a seemingly harmless emo-ish high school kid gets exiled to a reform school out in the middle of nowhere after violently standing up for himself against a bully. There, the cycle begins all over again as a new set of bullies with knowledge of his past test him to see if he'll snap again. Pushed to his limit Lincoln wishes alone in the dark for the death of his tormentors and unwittingly unleashes the vengeful spirit of Moira (Sierra McCormick), a former student who committed suicide. Moira is hellbent on seeing Lincoln's tormentors and her own meet violent ends. Lincoln, realizing the evil he's unleashed and must try and stop Moira before it's too late.

If you take away Skype, essentially what we've got here is a mashup of Unfriended and Friday the 13th (vengeful bullied spirit/killer, lots of teen fodder, and a secluded camp-like setting)- and instead of a stealthy lumbering Jason Voorhees we've got a shrill blood soaked spirit in the form of McCormick. McCormick, while giving a pretty tortured performance, sometimes screeches and throws hissy fits that are nearly enough to make audience's ears bleed. Meanwhile, Rubinstein plays nothing more than a blank slate who is sympathetic at times, but emotionless the other 90% of the time.

While Mortimer is not blazing any new trails here, he does however make some pretty great strides in the form of anti-bullying messages. His script, co-written with Brian DeLeeuw, tackles the tortured psyche of the victims as well as the remorse or lack thereof from the perpetrator. Often the subject matter teeters on the edge of being quite powerful, but frustratingly falls just short almost every time.

Razor blades being Moira's weapon of choice you can imagine there's not much in the way of creative kills- just lots of throat and and wrist cutting. There's a good deal of bloodshed thanks to the geyser-like throats of Moira's victims, but Mortimer is slightly more focused on his themes than the ingenuity of his spectre.

Some Kind of Hate could make for a pretty stellar but flawed and controversial anti-bullying video for high schoolers. With so much anger in the heart of this film that the lack of humor may leave audiences just as empty and bitter as the film's antagonist. However, the strength of the themes within Some Kind of Hate give it's heart a reason to beat, and messages worth hearing out even if it's just the one time.